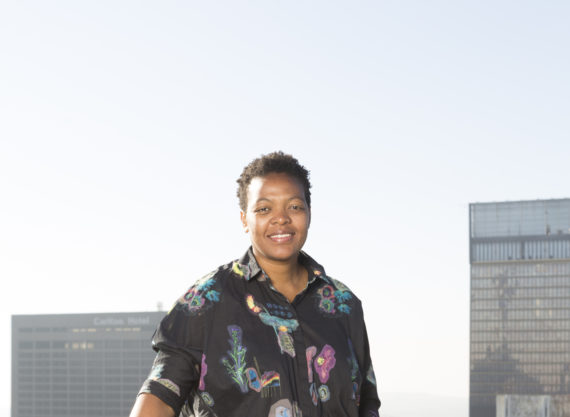 Artists announced for Berlin Biennale Titled ‘We don’t need another hero’, after the 1985 Tina Turner song of the same name, the 10th Berlin Biennale for Contemporary Art, which takes place 9 June – 9 September 2018, has announced the full list of artists who will be featured in exhibitions across the city.

The event will be curated by Gabi Ngcobo, supported by a curatorial team including Nomaduma Rosa Masilela, Serubiri Moses, Thiago de Paula Souza, and Yvette Mutumba.

‘National treasures’ worth £12m saved from export in 2016-17 An Arts Council England report reveals that four works of art were prevented from leaving the UK and subsequently purchased by public institutions due to temporary export-deferrals by the Secretary of State.

They included a painting by Bernardo Bellotto; a tapestry made by 17th-century London weaver Michael Mazarind; one of only four surviving vases known to have been made by Josiah Wedgwood and Thomas Bentley to commemorate the establishment of the Etruria factory; and a vase by the architect and designer William Burges.

Nicholas Serota, chair of Arts Council England, said: “It is a real achievement that these four rare and beautiful works of art should have been retained for the nation and are now available for everyone to enjoy.”

Artists and museums speak out against third iteration of Trump’s travel ban The ban will restrict entry to the US from eight mostly Muslim countries, including: Chad, Iran, Libya, Somalia, Syria, Yemen, North Korea and Venezuela. However, a number of the country’s major museum groups and individual artists say it will have a significant impact on exhibitions and cultural events. The US Supreme Court will make a final decision on whether to uphold the ban in June.

Examples of how the legislation has already had an impact include Iran-born artist Amir Fallah, who has been a US citizen since he was four years old, being detained at Newark Airport in New Jersey when he arrived from Israel where he had been visiting an exhibition of his work. In addition, Iraqi-Kurdish conceptual artist Hiwa K had his visa application rejected twice ahead of a major solo exhibition, ‘Blind as the Mother Tongue’, at the New Museum. He is a German citizen who often travels to Iraq for work. 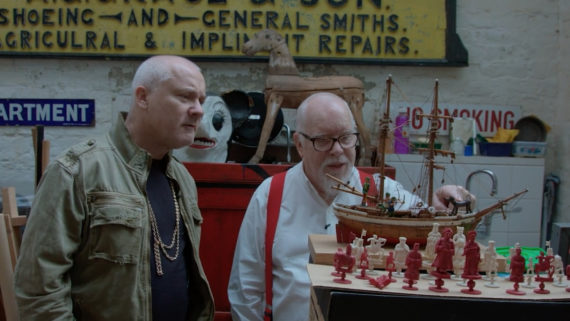 New website hopes to bring contemporary art to global audience The HENI Talks website features films with artists, historians, academics and curators, inviting viewers to ‘look close up at art and unlock the hidden stories of art and visual culture in some of the world’s leading museums and galleries’.

HENI Talks director Munira Mirza said the website “aims to inspire people with the power of art and visual culture”, adding: “This is content that is aimed at a wide general audience, people who are interested in learning about art and artists and how they affect our world.”

Without Walls announces awards for artists following funding from Arts Council England The UK’s largest commissioner of outdoor arts shows has announced a research and development investment fund as part of its plans for the next four years. This will include 21 awards for artists to explore early ideas for new outdoor works, with the aim that their projects will be completed by 2020. The funding will also support the creation of 13 new outdoor performances, which will tour to eight outdoor arts festivals across the UK this year.

Amongst the recipients is Manchester-based multi-disciplinary artist Melanie Wilson, whose work is underpinned by a strong political interest. She said: “What’s really great about Without Walls Blueprint R&D investment is that it is very inclusive of people and very encouraging of people who have never touched outdoor work.”

Other recipients include Oxford-based Radio 3 presenter, and founding member of Oily Cart, Max Reinhardt with a collective of artists, plus a collective of electronic sound artists including Scanner (Robin Rimbaud), Kathy Hinde and Mike Blow.

Josephine Burns, Chair of Without Walls said: “Artistic experimentation is key to the development of truly great art, and this investment offers artists the opportunity to explore new ideas at an early stage of the creative process.”

Italian museum director faces trial for leaving her office to visit the gym Anna Coliva, director of Rome’s Galleria Borghese, is to stand trial on charges of ‘absenteeism and defrauding the public purse’. According to evidence reviewed in court, she was absent from the museum for 41 hours over 12 days.

As the Art Newspaper reports, the investigation into Coliva began in 2014, when the ministry of culture received an anonymous letter suggesting that she was frequently absent from her office. Coliva was secretly followed for two weeks to collect evidence, which allegedly revealed she would frequently punch in to work before leaving to visit the gym.

Chenine Bhathena appointed Creative Director of UK City of Culture 2021 Bhathena, who will start the role in July, comes to Coventry from her role as Senior Culture Manager at the Greater London Authority where she has been involved with Lumiere London 2016, cultural initiatives along the river Thames and most recently the Mayor of London’s London Borough of Culture competition.

Initially working as an independent producer for 15 years, Bhathena has extensive experience in festivals and public engagement, having worked for Arts Council England as their national lead for Outdoor Arts prior to leading the outdoor arts events for London 2012.

“I can see great synergies between Coventry’s ambitions for 2021 and with what I have been doing with culture and communities during my career,” she said. “It’s a diverse and youthful city and is a global leader in peace and reconciliation. This is an opportunity for Coventry to continue to take a lead on some of the major issues facing the world today and be a trailblazer.”