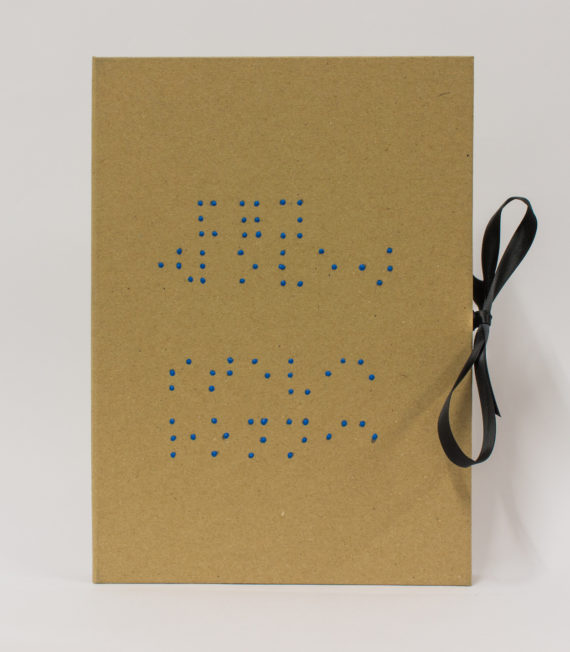 Newcastle-based artist and writer Stevie Ronnie is passionate about books and how we communicate and share ideas through language. His practice is an ongoing investigation into the tactile nature of books and the different ways in which he believes language can be encoded, experienced and read.

This interest has led to Ronnie to experiment with different creative processes; these include making books from wire and rope, and talking circuit installations.

In 2017 he undertook a residency at Baltic in Gateshead, funded by the Max Reinhardt Charitable Trust. His art writing project with Year 6 children from a school in the ex-mining community of Ashington, Northumberland helped them to think about using words creatively.

At the school he met “13-year-old Jessica, a brilliant young woman who has limited vision due to a rare genetic condition”. Working with Jessica in the art sessions, he was intrigued by her use of a Perkins Brailler, or braille typewriter, to write, as well as “the tactile and visually minimal representation of language that it produced.” 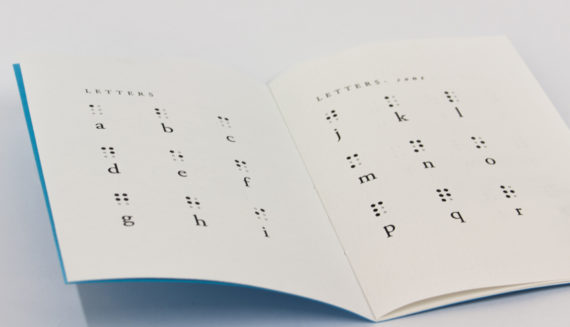 Encouraged by Jessica’s work, Ronnie decided to learn braille which he then used to create an artist’s book for his residency, Reading Rodney Graham (2017). The book contained two braille poems written in response to ‘That’s Not Me’, Rodney Graham’s 2017 retrospective exhibition at Baltic. Produced in an edition of four, two were put into the galleries for the public to handle during the exhibition, while one was added to Baltic’s artist’s book collection.

Making that book inspired Ronnie to embark on an ambitious project this year which he has now funded through a successful Kickstarter campaign. The artist’s book, and for you (love), is being made in an edition of 100, as a box containing five braille poem-cards. An accompanying ‘dictionary of words, letters and symbols’ will allow sighted readers to decode the texts in the poems. 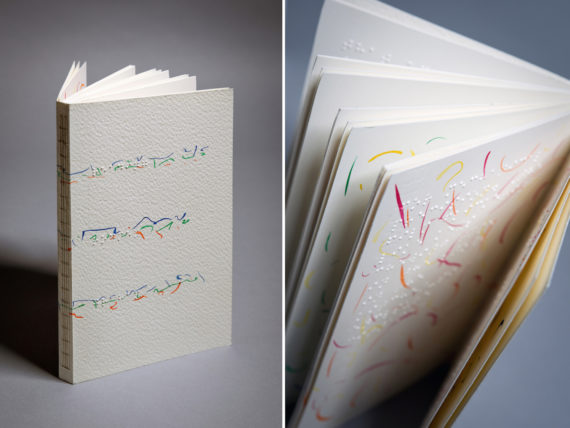 As braille relies on touch, the artist has embraced the distinctive tactile quality with a hand-layered painted braille title on the cover.

He explains: “The poems themselves are playing with the ways in which braille can make tactile and visual patterns on paper while also conveying something emotionally moving through the meaning of the words contained within them. I feel strongly that art and literature should be available to all, regardless of our own personal circumstances. Braille is an accessible medium and it opens up my art to an audience that could otherwise be excluded.”

The editioned book will be completed in June 2019, a copy of which will be sent to Jessica, the inspiration for the project. 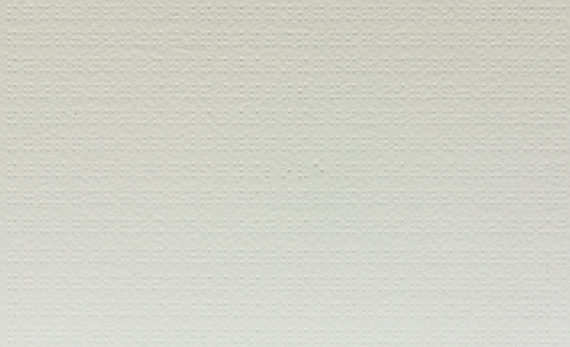 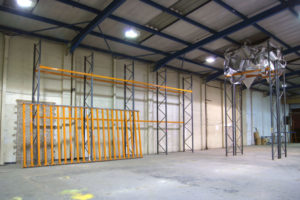 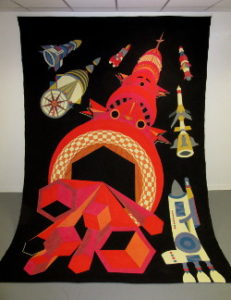 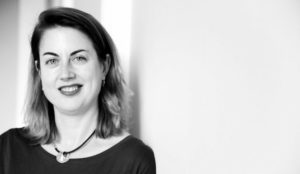