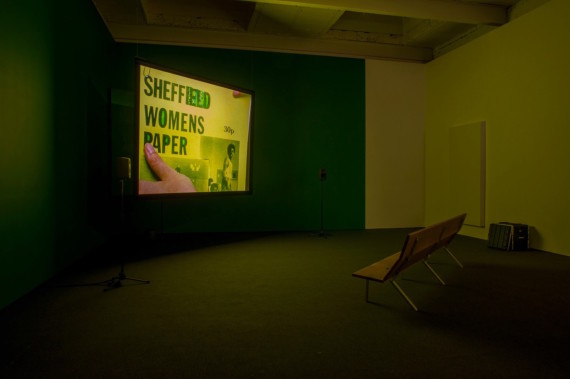 A leading artist has said that Scotland needs a cinema space dedicated to artists’ moving image and experimental film. Former Turner Prize nominee Luke Fowler, who won the inaugural Jarman Award in 2008 and is a Radcliffe Institute Fellow at Harvard University, was speaking at the Glasgow Film Festival.

He said: “For me there’s never been an organisation in Scotland, be it a gallery an institution or collective, that has managed to sustain a programme of experimental and artists’ film, showing the canon and showing new works. It shocks me and surprises me that we haven’t taken the initiative in the creative community in Scotland.”

Asked what single item would be at the top of a shopping list to support moving image artists in Scotland, Fowler said: “For me it’s completely simple, it’s a cinema.”

Fowler, who works in 16mm film and HD video (pictured top, Luke Fowler & Mark Fell, To the Editor of Amateur Photographer), was taking part in a panel on producing artists’ moving image in Scotland, organised by LUX Scotland.

Other panellists included Katie Nicoll – whose production credits include the Scotland and Venice projects at the Venice Biennale and the Phil Collins film Tomorrow is Always too Long (pictured below) – Collective Gallery director Kate Gray, independent producer Kate Parker, and artist and PhD researcher at Edinburgh College of Art Lyndsay Mann.

Much of the panel discussion focused on the different skillsets, values and budgets between the commercial film world and that of artists’ film. There was also a debate about the role or necessity of experienced producers in facilitating artists’ work.

Panellists and artists called for dedicated funding for artists’ moving image to be stepped, with both entry level funds for artists and larger pots of funding for bigger projects, as well as the development of supportive networks for both distribution and development.

Most participants contended that commercial film models involved production hierarchies and working practices that mitigated against the limited budgets and developmental trajectories of much artistic work.

“One of the things we are struggling with at the moment in terms of artist moving image is the ability to be flexible in terms of scale; you start at one level of working with artists and then it is accepted that this is just what you do all the time.”

LUX Scotland, under director Isla Leaver-Yapp and deputy director Luke Collins, has a nationwide remit to support and promote artists working with moving image, including the Superlux professional support programme.

At present, while moving image artists can access wider funding through organisations like Creative Scotland, the only dedicated scheme for artists in this field in Scotland is the Margaret Tait Award, named after the pioneering Orcadian filmmaker. 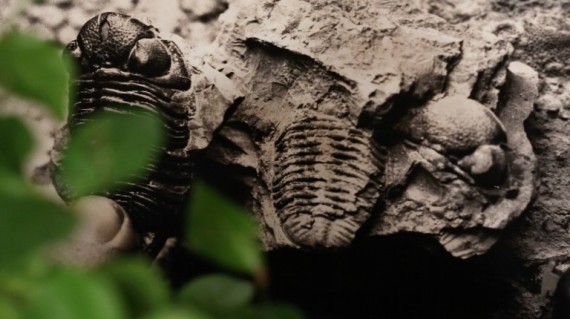 The annual award is a £10,000 commission to create an artist’s work for screening at the Glasgow Film Festival. Supported by Creative Scotland and LUX, it was founded in 2010 to support experimental and innovative artists working within film and moving image. The award is given to an experimental Scottish or Scotland-based artist who has established a significant body of work within film and moving image over the past 3–10 years.

GFF, which has a dedicated strand of artist and experimental film as part of its high-profile programme, hosted the premiere of 2015 award-winner Duncan Marquiss’s work, Evolutionary Jerks and Gradualist Creeps (pictured above).

The film, which uses both traditional documentary techniques and the language of experimental film, traces the controversial application of the theories of evolutionary biology to culture, exploring the scientist Armand Leroi’s research into American pop music. As well as his practice as an artist, Marquiss is known for his work as a musician with The Phantom Band. 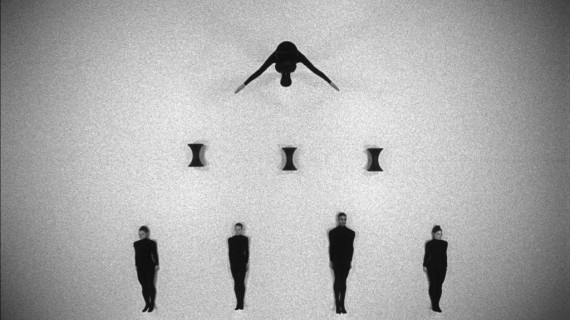 In recent years Scotland has had a flourishing artists’ moving image culture. Duncan Campbell’s It for Others (pictured above), commissioned by The Common Guild for Scotland and Venice, won the Turner Prize in 2014.

Sutcliffe, along with Glasgow-based theatre maker Graham Eatough, has received the Contemporary Art Society Award to create a film based on the first and last chapters of Anthony Burgess’ Enderby novels, premiering for the centenary of the author’s birth in 2017.