Artists are human too: why residencies need to reflect economic and social realities - a-n The Artists Information Company 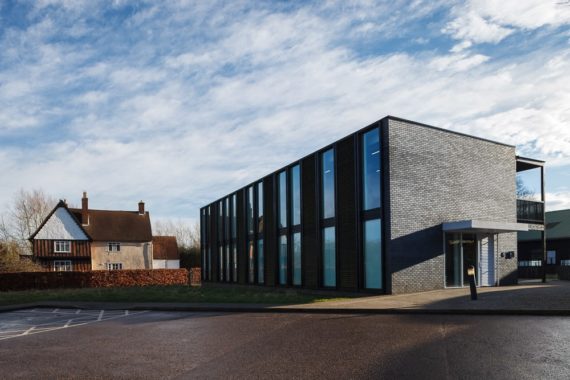 If you’re an artist under 30, especially if you’re white and don’t have a disability, then hopefully the current climate of rigorous privilege checking and general wokeness is at least making you aware of how lucky you are.

If not, just wait a few years and you’ll notice how many development schemes, prizes, exhibitions and residencies flatly exclude anyone much more than three decades old, and without any corresponding hand-off to the next stage of your life and work.

By choice or circumstance, take on caring responsibilities and see how your options dwindle; make a career for yourself in another occupation, then start trying to break in (or get back) at 40, 50, 60.

The default is that an artist can and should drop whatever they’re doing to instantly take up an ‘opportunity’. The implication is there’s not much to drop anyway, because apparently the ideal artist is forever young, casually employed or unemployed, unentangled and desperately afraid to say no.

Another entrenched norm is that caring and domestic responsibilities still fall disproportionately to women even in the most wealthy and technologically advanced countries. And because it’s a class of labour that to some degree disappears in the doing, if it’s done well it goes unnoticed by those who never do it.

Conversely, this labour is savagely criticised when it’s seen to be done badly, to an unsatisfactory extent, with too much remuneration, or by somebody who ‘shouldn’t’ be doing it.

The few residencies or development programmes nowadays that even pay artists, generally still don’t pay enough, reflecting these biases. Nor do they make allowances for an artist losing other paid work for the duration, or maintaining a residence of some kind, if not an entire household back home.

With this always looming over us like the ominous CG cloud in the last reel of a superhero movie, it’s heartening to see Wysing Arts Centre in Cambridge advertise a residency programme that’s consciously, overtly tackling many of the aforementioned issues.

It’s structured around the artist’s challenges rather than just the host’s convenience, allowing access to Wysing facilities in a way that hopefully negates the very common, nakedly transactional residency relationship of “use our stuff, but at least some of your work stays here”.

These residencies may take place over a contiguous period or intermittently, and they’re open to artists in the widest sense of the word.

Unfortunately, it then strands them in a hotel room where they only get one meal a day, no money to eat or do anything else, “no family members, friends, partners or visiting artists” are allowed, and you’re obliged to donate work to a plastic watch brand whose heyday was several decades ago. Here, not just the artist’s production as decor but the artist themselves as decor is the name of the game.

You needn’t spend long at the likes of ResArtis to find legitimate galleries and self-appointed tinpot curators alike charging fees to artists while laying down strict rules about the relationship you’re buying; a peculiar affectation since an artist who is paying for their own residency and overheads is a customer and not a colleague.

You’d rightly be confused if a normal hotel demanded that your CV impressed them before they agreed to take your reservation. Merit is beside the point when money is the main criterion.

Wysing’s call out states: “We are interested in hearing from artists who are already working within self-organised groups who would like to use this opportunity to strengthen the group, those who want to come together for the first time to collaborate on new ideas, and artists who might want to bring their children or families.”

Such a no-brainer shouldn’t be radical, but it nonetheless seems so. At last, perhaps, there’s some genuine recognition that artist-led groups are where the real energy and progress is.

Flagship building-based arts organisations should be adapting themselves to artists as they really live and really work, instead of trying to hammer square pegs into round institutional holes.

Artists are human too, with all that entails. It would be good to see more acceptance of that fact.