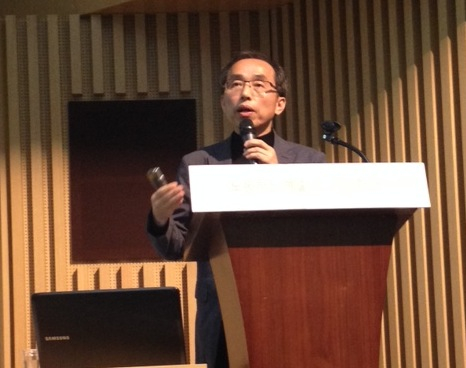 “The hardship of most artists is real and considerable.” The words of Hans Abbing will resonate with many artists around the world. Speaking recently at the Working artists: aspects of art and labour conference in Seoul, Abbing presented the context of The Netherlands – where 40% of artists earn under the country’s poverty level.

Abbing argued that Dutch artists are being exploited because they just aren’t getting financial compensation when showing work in non-profit arts organisations. Artists are even covering transport, installation and exhibition catalogue costs.

The situation in The Netherlands is mirroring the UK; last year’s a-n/AIR survey revealed that nearly three quarters of artists are getting just 37% of the average UK salary from art practice. At £10,000 a year, these artists receive only 66% of the Living Wage.

In the UK, the declining economy for artists might be blamed on government cuts to the publicly-funded arts. But as my own presentation covering artists’ fees and payments in the UK and selected international contexts showed, in Australia half of all the professional artists are earning less than $10,000 a year from their work. While the rest of the economy there has enjoyed rising incomes in line with rising productivity, artists’ salaries over the past three decades just haven’t increased in real terms.

Abbing’s view is that in the future artists need to rely far less on state-funded arts venues and instead expand the outlets for their work. Research for the Arts Promotion Centre for Finland (formerly Finland Arts Council) suggests a similar situation, revealing that for nearly one in ten Finnish artists, public grants were the most important source of income and earnings from artistic work were on the decline.

The report concluded that as levels of state support have not increased in step with the growing size of the artist community, it is “important to focus attention also on developing this labour market and expanding the market for the arts.”

As another conference speaker, Nam June Paik Centre curator So-hyan Ahn, pointed out: “The most ethical method for artists’ survival is to secure a firm foundation for continuous practice by properly opening and closing the door to the countless channels of capital that penetrate the art world.”

In Canada, where the status of artists is protected by legislation, a community of 19,000-22,000 artists is faring somewhat better. A Waging Culture survey found that when including income from all sources, a typical artist in the country is earning $20,000 a year – that’s 74% of the average Canadian income of $26,850.

In the US, financial disadvantage is being tackled by W.A.G.E (Working Artists for the Greater Economy) who have launched a certification system to pay artists’ fees across the non-profit arts.

W.A.G.E argue that: “The U.S. non-profit arts sector is a robust economy involving thousands of tax-exempt organisations that range from small artist-run spaces to large institutions with thousands of workers, large operating budgets, and top salaries.” While it’s an environment where everyone from curator to technician and insurers are paid, artists often have to work for free.

In Korea, artists’ artistic and financial well-being moved higher up political and social agendas due to some high-profile cases of artists’ suicides and tragic deaths.

Speaking to a packed conference audience consisting mainly of artists, Young-jeoung Park, researcher at the Korea Culture and Tourism Institute, outlined how the 2012 Artists Welfare Act had informed setting up the Korean Artists Welfare Foundation, which offers aid to some 24,000 artists annually through insurance cover and hardship payouts.

While the conference overall proposed varying solutions to achieving an improvement in artists’ social and economic situation including through legislative action, artists too were encouraged to be assertive. Abbing urged: “Be down-to-earth and develop entrepreneurial and commercial attitudes as an act of resistance against the existing art regime.”

Similarly advocating for artists’ activism, and referencing the successes of the Paying Artists campaign, my conference publication text presented a-n’s artists’ fees framework and argued that: “The path to artists’ professionalism is best supported when artists are empowered to assess and negotiate their payment and working conditions, aided by good-quality guidance material that enables them to know their worth and make their own case.”

Feeling the shape of the arts economy – report by Sonya Dyer