Artists, social security and the EU: sharing best practice in the shadow of Brexit - a-n The Artists Information Company 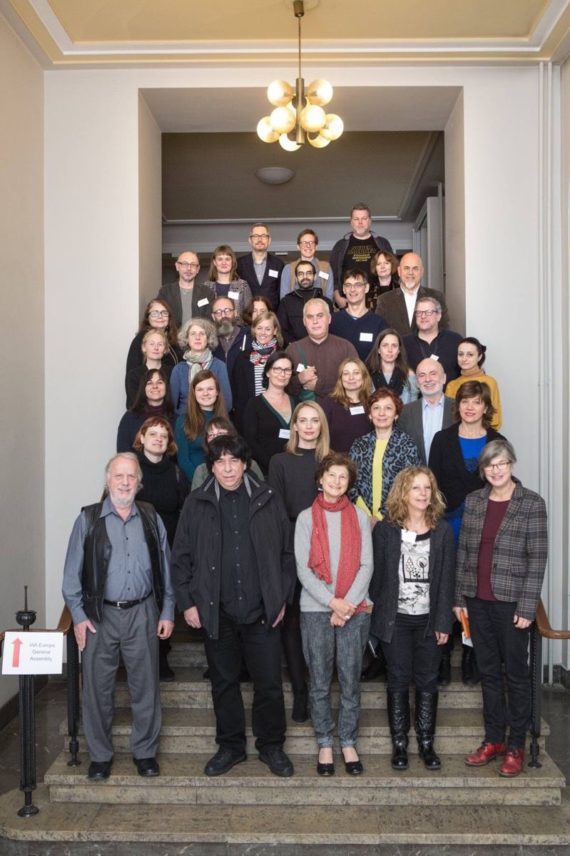 The UK government’s stance on Brexit negotiations continues to be  frustratingly opaque. But, as we’re reduced to poring over the scribbled notes of a Tory aide in an attempt to get some sense of Theresa May’s approach, one thing is certain. With article 50 set to be triggered at the end of March 2017 at the earliest, Britain will still be part of the union well into 2019.

For artists whose work takes them to other EU countries, this means that European systems and support will continue to be important for a good while yet. And as a recent gathering of artists’ organisations in Berlin earlier this month revealed, EU employment regulations remain relevant to UK artists for at least another two years.

At the International Association of Art (IAA) Europe’s annual two-day general meeting for artists’ associations and representative bodies, around 60 delegates from 20 European countries came together to discuss social security for artists. Convened by the Internationale Gesellschaft der Bildenden Künste (IGBK), the event took place at the organisation’s headquarters in the German capital.

The first day’s workshop, ‘Social Security and Mobility of Visual Artists in Europe’, brought together legal professionals and officers from the EU and German government, artists and arts advocates to share best practice and examples of how social security works for artists who move regularly between more than one EU member state.

The focus was on practical information and the tools that artists and other freelancers working outside of their home country can use to ensure that they have access to social security and healthcare.

Presentations by social security researcher Caroll Haak and Carla Osman from the European Commission introduced and outlined the self reporting Portable Document A1 form. This allows an individual to work elsewhere in the EU for up to 24 months while still being eligible to claim social security benefits that they were already receiving in the country where they are registered to pay their taxes and national insurance contributions. 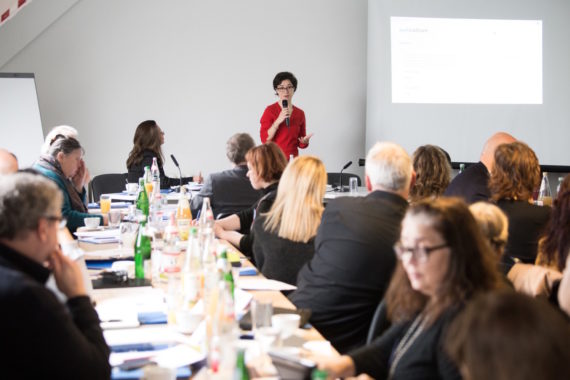 Use of this form can protect the individual from being required to pay double taxes and can ensure that their national insurance contributions go to their main country of residence. The aim is to “alleviate disadvantage when people move in the EU” said Osman, adding that these rules mean that member states “apply certain principles of equal benefits, only one legislation being applicable at one time”.

The A1 form is more regularly used by performing arts professionals with formalised working contracts, while visual artists tend to be more fluid or unpredictable in their working patterns. The panel were keen to point out that more research is needed to find out how or if visual artists ‘self report’, with it being noted that the European Heath Insurance Card (EHIC) is more widely understood.

The session introduced a number of support organisations and information portals geared towards artists whose practice requires EU-wide mobility. Marie Le Sourd of On the Move introduced its online platform. This provides a broad range of guidance on exhibiting and working internationally, from country-specific tools and guides to opportunity listings and a funding directory.

Referencing research commissioned by the European Expert Network on Culture, Le Sourd said: “Artists career patterns are diverse, mobile and highly unpredictable [not least because] calls for opportunities often come with very short deadlines. This impacts on the unpredictability of mobile artists.”

Looking ahead to potential challenges that may occur for artists, Le Sourd emphasised the need for the visual arts sector to provide feedback on how schemes such as the self reporting A1 form actually work in practice for artists. While On the Move provide specific guidance and links to country-specific advice services, Le Sourd also called for more national information points that provide country-specific resources and advice on working in that country.

IGBK’s website Touring Artists provides comprehensive advice for artists looking to work or live in Germany, while the Belgian service Kunstenlocket has business, legal and financial advice for artists setting up in Belgium. The newly-founded MobiCulture is aimed at supporting international artists who want to work, live or exhibit in France, and the advisory body DutchCulture, among other roles, provides information on working as an artist in the Netherlands.

“There is no ‘artist’ in the system. For us this is the biggest obstacle,” said Christos Symeonides of the Cyprus Chamber of Fine Arts. He was describing a commonly shared predicament: that the profession of artist is often not adequately recognised within existing social security systems, leading artists to be denied the full benefits that employees or even other self-employed individuals can receive.

From country to country the lack of guaranteed health care, maternity pay or pension provision enlisted a need to look for best practice and campaign activities. Pavol Kral of the Slovakian Union of Artists described the two-step process his association are currently pursuing to ensure that the status of the artist is written into the country’s legislation, with the goal of lower taxes for professionals who fulfil the newly defined criteria of an artist. 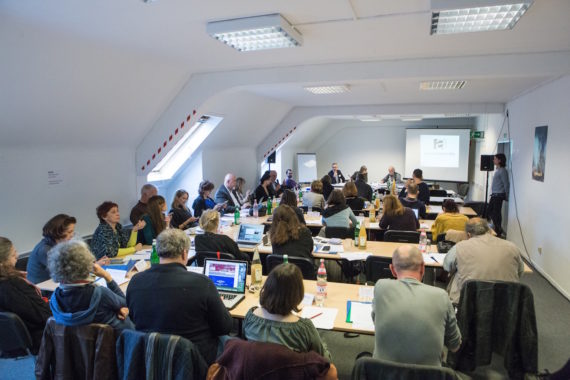 Is there a need to define the role of professional artist for tax and benefits purposes? Certainly this is a contentious topic and opinion was divided as to how this can or should work. In Norway, the categorisation of a professional artist is based on activity rather than income, while Eudes Ajot of France’s La Maison des Artistes described André Malreaux’s 1964 law for artists, which enshrined the value that “artists must be protected without looking at what it is they are producing”.

Other existing models include Austria’s funding of the KSVF artist social security fund through levies from broadcasting and satellite services, or Germany’s ‘employee’-like system of social security for artists, which is part funded by a tax on companies who use art.

Like the UK’s own system, a number of European countries, including Belgium and Sweden, place the artist within the same category as other self-employed workers. In these instances the advocacy route may not so much be about defining the role of the artist, but about better defining the terms and benefits for the self-employed sector in general.

While Brexit – in whatever form – will fundamentally change the  position of British artists in EU countries, the discussions being had by IAA Europe and other European bodies continue to be important. As artists, it seems more vital than ever that we continue to engage with fellow practitioners in the EU and beyond.