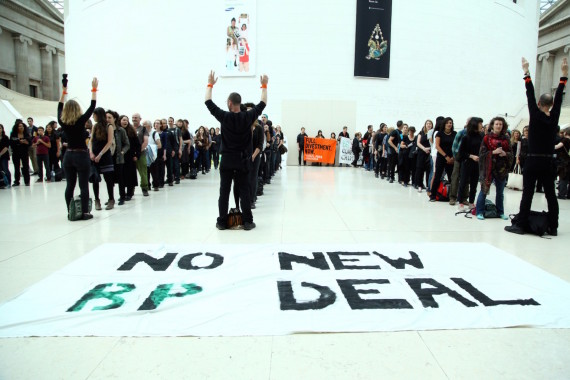 A new survey by Arts Professional has highlighted the ethical issues around arts sponsorship and funding, and in particular when arts organisations should refuse money from businesses involved in controversial activities.

Of the 589 arts professionals who responded to the survey, only a quarter said their organisation had a policy in place for deciding who they form a relationship with. In addition, 97% said they were at risk from taking money from a sponsor or donor that could damage their reputation.

Unsurprisingly, more than half fear financial pressure could result in their organisation accepting support from an ‘inappropriate sponsor or major donor’.

Frances Richens, editor of Arts Professional, claimed the survey reveals a split in opinion about the motives underlining this decision-making process.

She said: “Should arts organisations take the opportunity to ‘turn bad money into good’ so long as it doesn’t cause reputational damage or impede the delivery of their goals? Or do they, particularly charities, have a fundamental duty to work for the public good?”

The survey received around 1,000 comments which shed further light on what is an incredibly complex issue, with a number of people pointing out that the problem wasn’t just ethical, but potentially legal and reputational.

One respondent said: “It can be a risk to the organisation if a sponsor or major donor is involved with illegal activity, money-laundering or human rights abuses.” Another said: “The reputation of an arts organisation is one of its key assets. Any activity – real or perceived – which could damage that reputation must therefore be considered carefully.”

Although reputational damage was the key issue, others claimed certain businesses could influence the type of exhibitions being shown.

“Sponsorship from corporations that have other interests such as shareholders can lead to censorship of artwork and influence which artists are shown in institutions.”

Another said: “I have worked on a festival which was ultimately destroyed by the influence of major sponsors.”

The issue of ‘artwashing’ – when businesses with poor reputations give money to the arts in an attempt to improve their image – was also highlighted.

“Branded sponsorship is not an altruistic approach to arts and cultural funding but has commercial or political benefit to the sponsor,” one respondent commented.

“If the sponsor or donor conducts damaging activities for society or the environment then arts organisations are at risk of complicity and effectively dressing unethical activity as acceptable in the public eye.”

Others pointed out that identifying a good or bad sponsor is not clear cut, and that what one organisation might deem unacceptable might be OK for another.

The survey follows years of protests against arts organisations receiving sponsorship from oil giant BP, and recent controversies including artist Nan Goldin’s campaign against the Sackler Foundation and BAE Systems’ sponsorship of the Great Exhibition of the North.

Read the full report on the findings of the survey, here: www.artsprofessional.co.uk