Assembly Stoke-on-Trent: "artists can use their voices in subtle, strategic and disobedient ways" - a-n The Artists Information Company 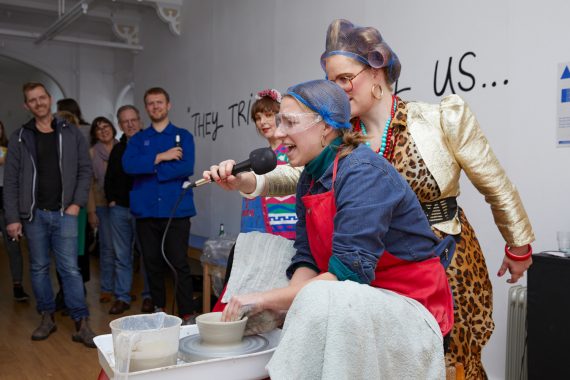 With a programme led by Anna Francis and Rebecca Davies from The Portland Inn Project, Assembly Stoke-on-Trent explored urgent issues that artists face, including the environment, housing and sustainable practice, through a lively series of discussions, hands-on workshops and an evening social.

The day-long event kicked off at artist-led AirSpace Gallery, with its director and a-n Artists Council member Glen Stoker introducing Stoke-on-Trent’s artistic, political and social context, and calling for “more artists on boards and in positions of power”. He also highlighted the lack of artists working at the highest levels: “There has never been an artist as minister of culture. It is shocking.” 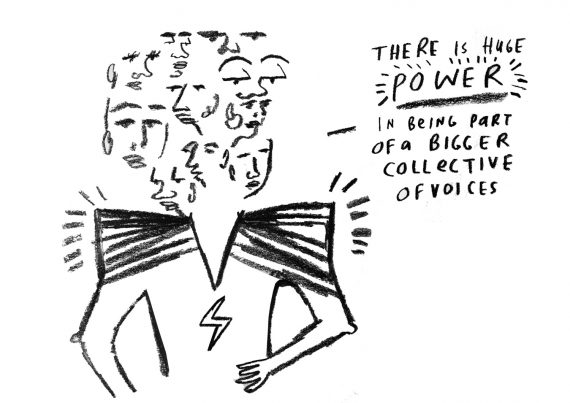 Next, artist and curator Jessica Longmore introduced her practice and recent project ‘Present Tense’, which involved working with students of colour at Staffordshire University to make a collaborative zine that was launched at Assembly. Titled Perspective, the zine reflects the students’ experiences of prejudice and racism, and what it means to have a voice.

“There is huge power in being part of a bigger collective of voices,” said Longmore, who also emphasised the need for artists to use their voices in subtle, strategic and ‘disobedient’ ways: “Even if your voice is being heard, what about the people around you? If you are already at the table, now is the time to shake it! Disobedience doesn’t have to be aggressive.” 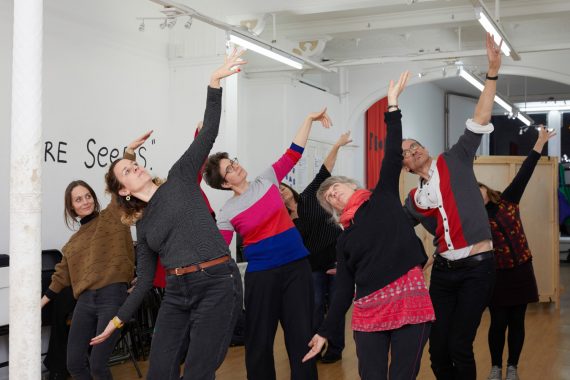 While architect Gemma Holyoak and urban designer Michael Kennedy outlined their project ‘Visualising Viability’, which aims to demystify and jargon-bust planning processes in order to address housing and property issues for artists. 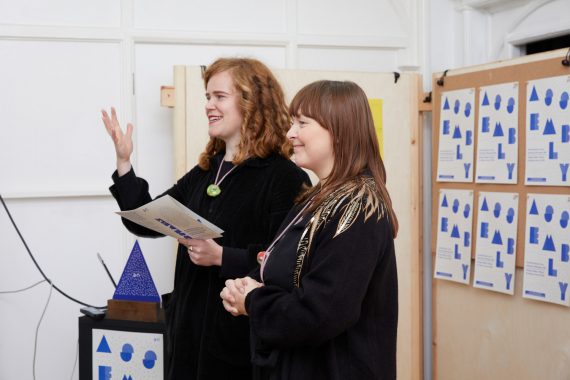 Concluding the morning session, Davies and Francis spoke about The Portland Inn Project, a creative arts project in Stoke that works to achieve community cohesion, economic, social and cultural development in their local area. They emphasised the need for artists working in this context to regularly remind themselves that they can’t do everything and are not social workers. Davies and Francis also acknowledged the uncreative, behind-the-scenes work that is essential for such projects to succeed: “It’s important to show the more boring and difficult work that artists do. We need to share the shit and the barriers!”

After a lunch prepared by Francis, Assembly participants took part in a series of hands-on workshops. 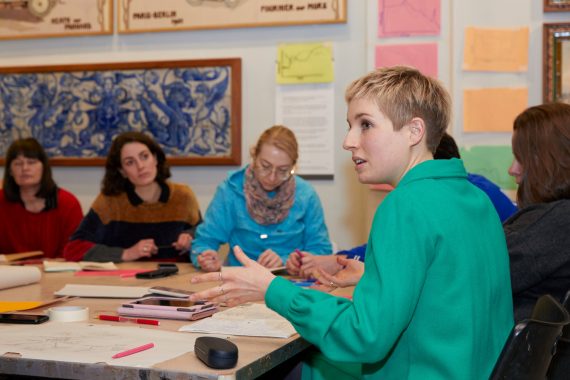 Lydia Catterall’s session in the ceramics galleries at The Potteries Museum & Art Gallery invited participants to map their knowledge and strengths in order to see their collective value, what they have in common and ‘what makes them powerful’. 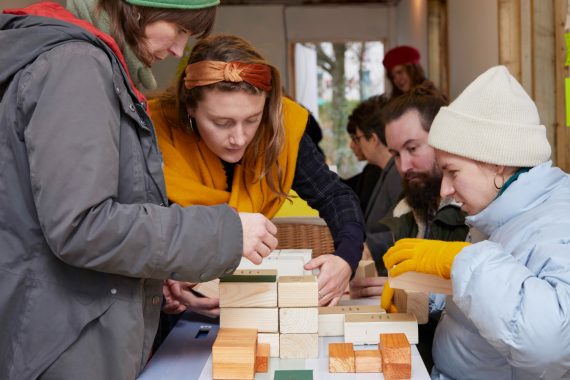 Gemma Holyoak and Michael Kennedy’s workshop at The Portland Inn Project’s temporary shipping container space involved a game in which players test how various inputs affect how homes look, feel and perform. ‘Visualising Viability’ effectively demystifies property development and shows how design, land, politics and finance are all intrinsically linked, and how Community Land Trusts can offer alternatives to a ‘build them cheap, stack them high’ approach to housing.

At AirSpace Gallery, Reynolds led a collective movement workshop which focused on notions of nurturing as part of the creative process and how we look after each other and ourselves in co-created work and social arts projects. 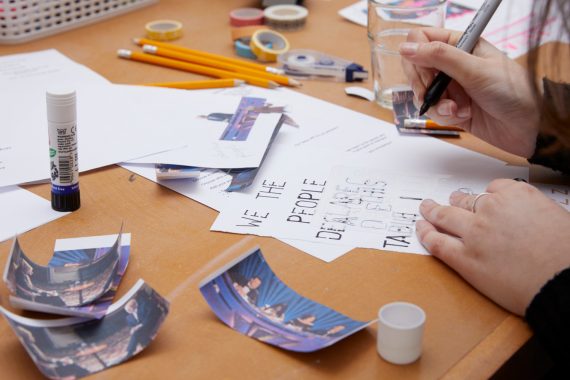 The ‘Disobedience’ collaborative zine-making workshop, led by Longmore and Sarah Taylor Silverwood, interrogated the idea of ‘the table’. Creating space to discuss issues of equality and diversity activism in the arts, the workshop posed questions such as: ‘What do you want to bring to the table? Can you reach the table? How do you “shake the table”?’ Creating, sharing and analysing texts and images, participants were encouraged to think about annotation as activism. 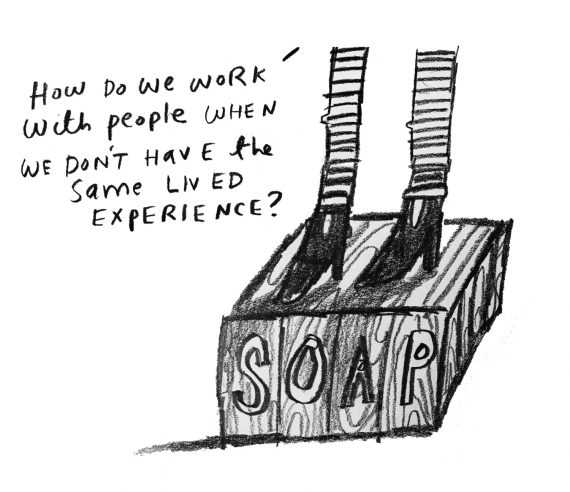 Over a drink in a nearby bar, attendees reconvened and were invited to deliver two-minute artist’s provocations, exploring resilience, resistance and activism, and in response to the day’s talks and workshops. The lively discussion that followed raised complex issues of race and gender, the question ‘how do we work with people when we don’t have the same lived experience?’, and debate about studio versus social practice. 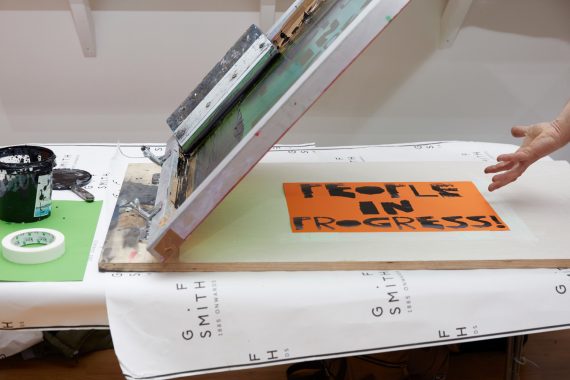 Wrapping up the event, hosts Gladys and Mabel (Davies and Francis) led an unforgettable evening of ‘potteraoke’, with participants throwing clay pots while singing karaoke versions of clay, ceramic, porcelain and kiln-related songs. 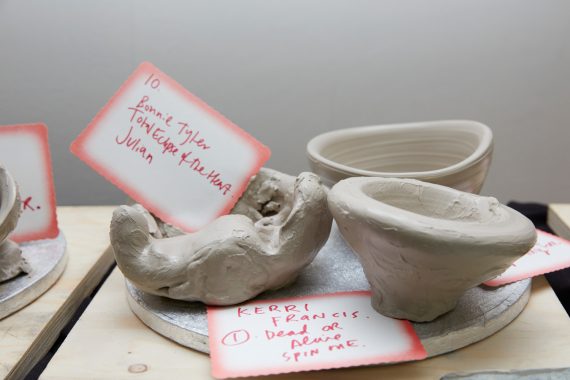 a-n Assembly Stoke-on-Trent took place on 23 November 2019. Catch up with our social media coverage on our Instagram and Twitter. Look out for the forthcoming Assembly programme for 2020 which will coincide with a-n’s 40th anniversary.