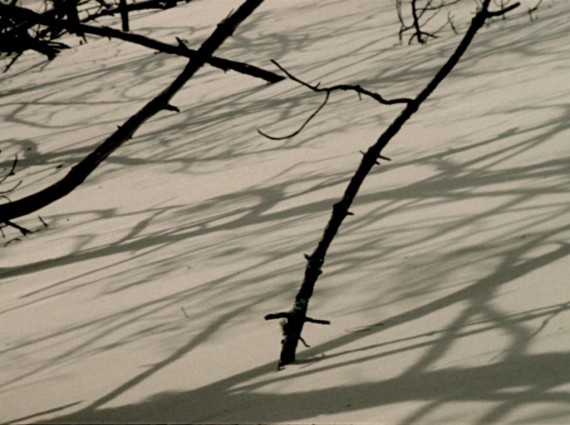 AV Festival, the north east England-based international biennial of contemporary art, film and music, has announced details of its curated programme for 2014.

Taking place at venues across Newcastle upon Tyne, Gateshead, Sunderland, Middlesbrough and beyond, AV Festival 14: EXTRACTION will present more than 10 exhibitions and over 50 concerts and film screenings throughout March next year. Curated around the theme of extraction – chosen to ‘reflect the subterranean map of the region’ – many of the commissioned works will make a direct reference to the region’s geological features and resources, and to contemporary concerns about the exploitation of those resources.

Japanese sound art pioneer Akio Suzuki’s solo performance at the historic Castle Keep in Newcastle will respond to the coastal landscape of the North East, and in particular the limestone stack of Marsden Rock. The work will be premiered alongside a first UK survey exhibition of the artist’s work.

A new commission by Lara Almarcegui, who represented Spain at this year’s Venice Biennale, focuses on the last coal extraction and surface mining that took place in Newcastle city centre. Susan Stenger’s new sound installation has been inspired by the topographical nuances of a 12-metre long hand-painted scroll of the geological strata of the landscape from the River Tyne to the River Tweed, drawn by local mining engineer Nicholas Wood in the 1830s.

Two curated group exhibitions will take metal and stone as their respective themes. At mima (Middlesbrough Institute of Modern Art), major works by Mathieu Kleyebe Abonnenc, Simon Starling, Anja Kirschner and David Panos and Hito Steyerl will focus on the town’s role in the early development of a global iron and steel industry, whilst an exhibition at Northern Gallery for Contemporary Art in Sunderland includes historic and contemporary work by Dennis Oppenheim, Harun Farocki, Vanessa Billy and Thiago Rocha Pitta.

Other programme highlights include the premiere of a new 16mm film of performance work by Bruce McClure at BALTIC Centre for Contemporary Art, a solo exhibition and commission by Jessica Warboys that includes a large-scale painting created by throwing mineral pigments onto a canvas and then subsequently submerging it in the sea, a season of cinema screenings focusing on documentary film practice featuring works by Wang Bing and Andreas Horvath, and new sound commissions from artists and musicians including Lee Patterson, Common Objects, Richard Skelton and Chris Watson.

This will be the sixth edition of the AV Festival, which first took place in 2003. Other venues for the 2014 edition include Sage Gateshead, Laing Art Gallery, Tyneside Cinema, Star and Shadow Cinema, the Mining Institute, as well as found spaces across the region.