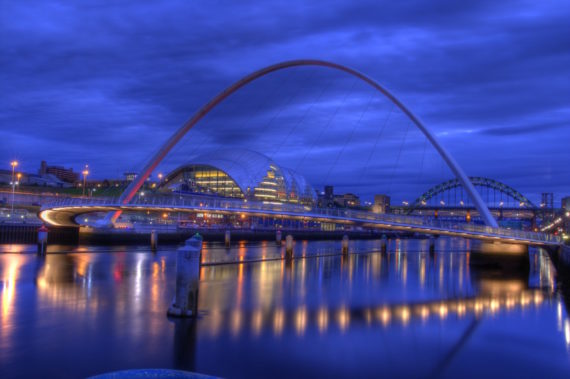 BAE Systems has withdrawn its sponsorship of the Great Exhibition of the North, the NewcastleGateshead exhibition programme supported by the government’s Northern Powerhouse initiative.

The move follows uproar from the arts community over the arms manufacturer’s position as a ‘premier partner’ of the government-backed NewcastleGateshead exhibition and event programme, which saw artists including the singer Nadine Shah and the Yorkshire-based Commoners Choir pulling out of planned events.

A petition against the company’s involvement attracted more than 2,000 signatures.

In a statement, BAE said that while it “remains supportive of the aims of the Great Exhibition we have decided to redirect our support to other initiatives better suited to both our skills and innovation objectives and in support of the industrial strategy of the North of England.”

Art Not Arms, the petition’s organisers, said: “This is excellent news as it shows that arms corporations cannot hide their war profiteering behind arts events. The protest was a collective response from artists, cultural workers, and everyone one of you who signed the petition.

“The campaign does not end here – we will be asking for transparency in how BAE came to be a ‘premier partner’ of the exhibition, and watching arms companies as they attempt to sponsor education and other arts events.”

He tweeted: “This is an absolute disgrace. What these subsidy addicted artists need to realise is that it is the 18000 BAE workers in the North who pay the taxes that support them.”

This is an absolute disgrace. What these subsidy addicted artists need to realise is that it is the 18000 BAE workers in the North who pay the taxes that support them. https://t.co/W7CmFUibK1

Teesside-based artist Emily Hesse, a co-organiser of Art Not Arms whose ceramic sculptures were due to be shown at the Great North Museum in Hancock, tweeted in response: “This is what the Northern Powerhouse minister thinks of artists. He perhaps doesn’t realise there would be no Great Exhibition of the North without them.”

Responding to BAE’s decision to pull out, the Great Exhibition of the North said: “We accept and respect BAE Systems’ decision. Working with all of our partners, funders, supporters and contributors, we remain focused on delivering a successful event which will shine a spotlight on the North’s great art and culture, design and innovation.”

Baltic, which is hosting a number of exhibitions and commissions, tweeted that it respected “the decision of those involved in arriving at this outcome, and we look forward to moving ahead with our exciting plans for the Great Exhibition of the North this summer”.