BBC and What Next? launch new campaign for the arts - a-n The Artists Information Company 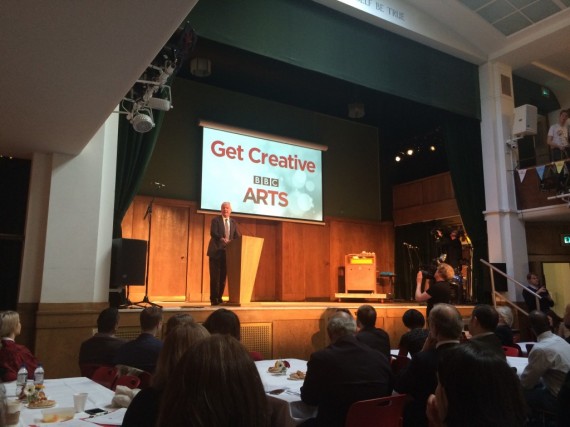 A year-long initiative launches this week aimed at shining a spotlight on the creativity that happens every day across the UK, in order to show that culture is at the heart of society.

Led by the BBC and cultural engagement and advocacy ‘movement’ What Next?, and in part a response to the findings of the Warwick Commission report on the future of cultural value, ‘Get Creative’ is also about encouraging more people to participate in creative activities.

To get the ball rolling, a series of debates will take place over the coming days and weeks in Cambridge, London, Northampton, Nottingham, Hull and Liverpool, with highlights being played across the BBC’s national and local radio stations.

The focus will be on encouraging the public to explore the issues relating to the arts in-depth, from the role of the arts in urban and rural communities to what makes a City of Culture.

Several of the debates also look set to reflect on issues raised by the a-n/AIR Paying Artists campaign. These include The Front Row Debate: Are artists owed a living? (9am, 23 February, Radio 4) which sees a high-profile panel of guests exploring the relationship between the state and the arts before a live audience at the Hull Truck theatre, and a special one-off BBC Four Arts Question Time asking ‘Do you think your taxes are wasted on the arts?’, hosted by Kirsty Wark (7.15pm, 24 February, Broadcasting House, London).

Speaking at a launch event at London’s Conway Hall today, BBC director general Tony Hall said: “I want to put the arts centre stage at the BBC. I strongly believe that the arts should be for everyone with more prime time arts content on the BBC.”

This, he said, will include Saturday night arts specials on BBC Two accompanied by other content across the BBC with seasons planned on dance, film, theatre and poetry.

David Lan of What Next? added: “We want to work together to suggest the many connections between the different ways creativity and art are learned and made and experienced. We want to celebrate the voluntary arts as much as the professional ones. This is potentially a tremendous springboard for the arts, for culture and creativity.”

Celebrity supporters of the campaign include Dame Judi Dench, Michael Palin, Kate Moss, Johnny Vegas and Alastair Campbell. Over 100 organisations have already signed up to become Get Creative ‘Champions’.

The campaign will culminate in a celebratory weekend in February 2016.

The BBC is inviting the public to upload their artworks to social media using the hashtag #bbcgetcreative.

Market values: “Nobody owes you a living just for being an artist”

Art and the election: MPs and artists debate at AUE hustings