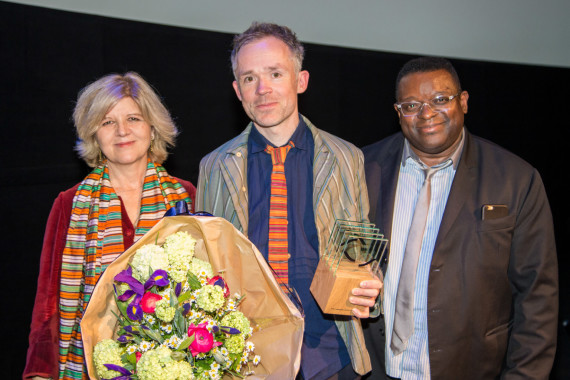 The winner of the second edition of the EYE Art and Film Prize has been announced as London-based artist and filmmaker Ben Rivers.

The prize, created by the Dutch film museum EYE and the Paddy and Joan Leigh Fermor Arts Fund, offers support to an artist or filmmaker whose work has ‘contributed to the developments in the field between art and film in a remarkable manner’. The winner is chosen by a jury from a shortlist presented by the prize’s international advisory board.

Rivers will receive £25,000 towards funding the creation of new work which will be shown in a group exhibition in Amsterdam in 2018. The show will also feature work by Hito Steyerl, winner of the inaugural prize in 2015, along with the winner of next year’s third edition.

Sandra den Hamer, CEO of the EYE Filmmuseum and chair of the EYE Art & Film Prize, said: “Ben Rivers is one of the new strong voices of his generation, where boundaries between cinema and the other arts no longer exist. In his visually stunning work, he shows his engagement with today’s society. Ben Rivers has a poetic eye, which makes him an elegant and sensitive observer of life and nature.”

Rivers is well known for his films that mix documentary and fiction, often focusing on people who have in some way separated themselves from society. His previous solo shows include Camden Arts Centre, London, Whitworth Gallery, Manchester, and London Film Festival. He also co-founded and co-programmed Brighton Cinematheque from 1996-2006.

Rivers has been the recipient of numerous prizes, including the FIPRESCI International Critics Prize at the 68th Venice Film Festival and the Baloise Art Prize at Art Basel 42.

Ben Rivers – The Two Eyes Are Not Brothers: reviewed on a-n Reviews by Joseph Rowley