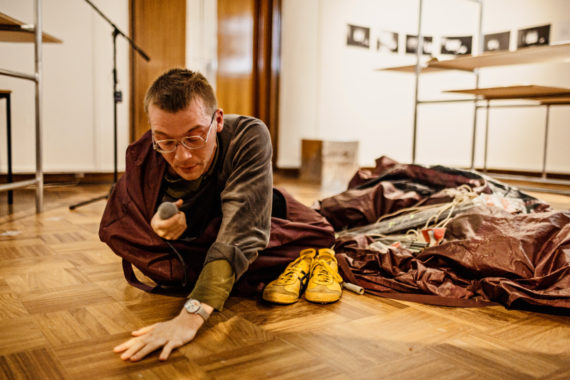 Performance artist Gordon Douglas is building on a practice that looks into the reliance of how arts organisations function.

Having received an a-n Artist Bursary in March this year to work on an archival website mapping his practice since graduating from Glasgow School of Art in 2013, he is also currently working on a ‘performative audit’ of CCA: Centre for Contemporary Arts’ open source policy, which has faced increased challenges during the organisation’s prolonged closure following the fire at the art school’s Mackintosh building in June.

The project will culminate in a series of workshops and programmed performances by other artists as part of An Opposites Programme at CCA towards the end of 2019. His a-n Blog outlines web-based progress and current research, as well as the progress of his bursary period. 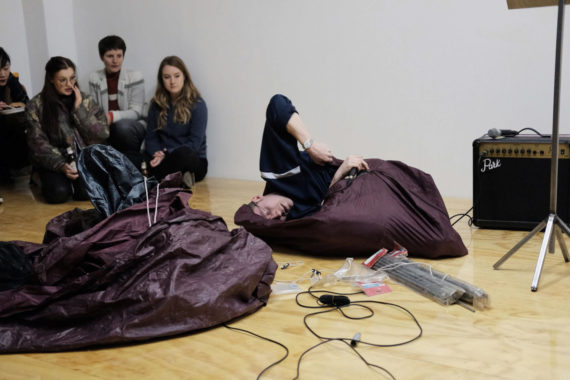 Can you elaborate on ‘performing resilience’, what is meant by it and how it has become a core element of your practice?
Resilience is a term that originates from science and psychotherapy communities, meaning an ability to recover. It has been adopted as a positive characteristic within management strategies, as a key part of future-proofing an organisation within precarious funding ecologies. When I say ‘performing resilience’, I’m talking specifically about pressures facing arts organisations to continue to grow, or to sustain levels of cultural activity amongst financial cuts.

A couple of years ago a friend of mine called resiliance “this season’s ‘sustainability’”. We laughed at the absurdity of terminology used in public funding criteria and how the same phrases would echo in applications. For me it’s a complicity in conditions, forcing us to be flexible when indefinitely reproducing ourselves and the status quo within tightening resources.

For Black Box Take Stock, you worked with Scotland’s Travelling Gallery. Can you tell us more about the project, what it entailed and how you got involved?
Travelling Gallery is celebrating its 40th birthday this year Unfortunately 2018 has also seen a cut in its funding. Black Box Take Stock was built around two divergent futures: the collective will of the organisation’s diverse audience, ‘here’s to another 40 years!’; and a more pessimistic projection, seeing the organisation succumb to austerity.

I was invited to be part of its programme after the curator, Claire Craig, attended a series of events I co-ordinated at Platform in Glasgow. She encouraged me to approach the project as if I was devising a performance. Thoughts came together by interpreting the literal, technological mechanics of the bus as a metaphor for the mechanics of institutional performativity. To use the actual bus as a vehicle for talking about what it means to be resilient.

How do you find working as a performance artist in Scotland?
I only really have experiences of living and working in Edinburgh and Glasgow. In terms of criticality, something that haunts both cities is the division between performance art from a visual arts background, and that which comes from theatre. I think Scotland is currently lacking infrastructure to meaningfully bring these together. Cross-disciplinary peer groups are maybe an answer; there is a breadth of knowledge and commitment to performance art evident in curatorial, production and research practices.

There’s currently a culture of pop-up, artist-run events that I’m conflicted about too. These are platforms for exciting performers to be commissioned. But there’s also a tendency for their social nature to flatten critical discussion. 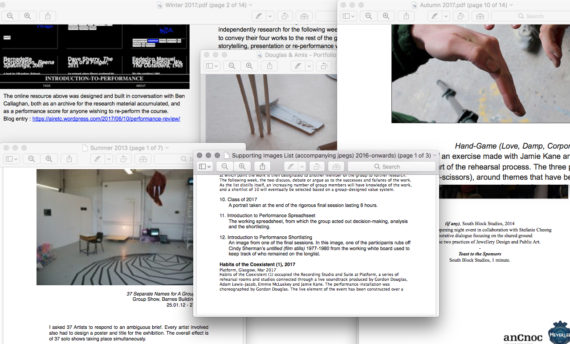 You received an a-n Artists Bursary to assist the build of a new website that will act as an archive. Why do you feel this is important at this stage?
I’m a total fanboy for Peggy Phelan who in Unmarked: The Politics of Performance (1993) wrote:

I’ve always had a conflict with documentation. It’s important not to feel obliged to package projects up. I was happy with this until now but I am growing uncomfortable with the defensiveness it might be producing, and the inaccessibility it presents across cultural or language barriers.

I currently point people in the direction of introduction-to-Performance.xyz, an online document designed by Ben Callaghan for the course elective I taught at Edinburgh College last year. The website represents the education project in an interactive and appropriate way, and the process of designing and coding helped me understand my practice. It made me realise I should work on a website for my archive and think more about representation and public-ness. 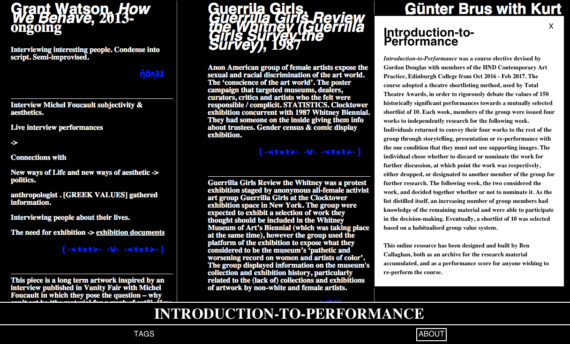 Tell us more about your ongoing project with CCA.
I’ve been working with CCA since May on a ‘performative audit’ of its open source policy, an ongoing process the organisation is obliged to host. It’s an agreement whereby CCA offers spaces in its building, free of charge, in exchange for those artists and organisations who make use of the space being part of the organisation’s programme. I’m looking through the history of the policy to understand how it came about and how it has effected the production of art, performance, and events in Glasgow.

I’m currently thinking about access, including levels of cultural literacy and capital that are required before participants can participate. I’m also focusing on accountability; which partner in the relationship is responsible for the content and care of an event.

What effect did the prolonged closure of the building have on your work?
It was interesting to watch CCA transform into an agency for partners by pulling in favours, but I don’t feel a responsibility to represent this moment in time.

One thing I want to learn more about following the closure is how the insurance policy interacts with the open-source policy. What’s included within this form of protection, and what happens to the non-contractual, non-financial exchange-based partnerships that are invisible to this economic picture?

But in terms of my work more generally, things are good right now, and I need to learn to embrace that because things can be the exact opposite. I’m so fortunate to have had support from such interesting and enthusiastic people, whilst sustaining dialogues with organisations I’ve worked with in the past.

I feel I’m not being thrown into the next project, which can often be detrimental to my ability to evaluate. There have been really bad times like this where I’ve developed the worst approach to working. I want to spend this next year habitualising a healthier working practice. 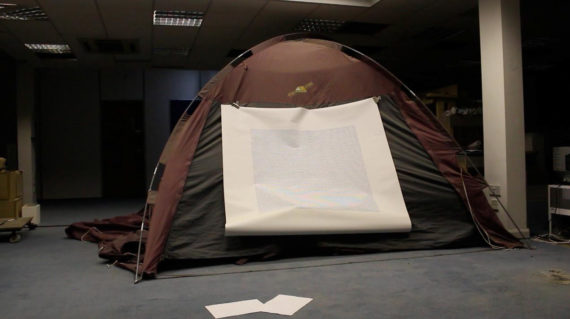