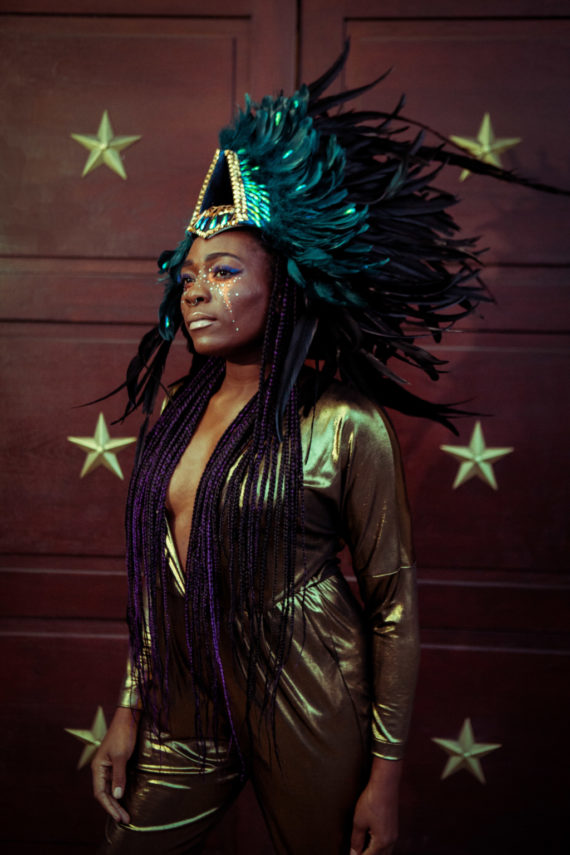 70 a-n Artist and Joint (Artist and Arts Organiser) members have been awarded a share of £65,725 in the latest round of a-n’s Artist Bursaries.

The bursaries, which are designed to enable a-n members to undertake a self-directed professional development project, offer awards of £500-£1,000. This year saw a record number of applications with 561 members applying for the awards.

Speaking about the selection process, Day said: “We were extremely impressed by the quality of this year’s applications and it was great to see a-n members being so ambitious with their ideas.

“Many artists approached the application process with a mixture of creativity and humour underpinned by a considered practice and sound research.

“Those who have been selected to receive bursaries really thought through what they would gain from a particular experience and identified who might help them get there, whilst also demonstrating how they would disseminate their activity to their peers.”

Several artists will use their awards to undertake a period of travel, both in Europe and further afield, as part of their research.

London-based Rachael Young has been awarded £1,000 and plans to spend a week immersing herself in New York’s Vogue scene. This will form part of her research to develop a new performance work, NIGHTCLUBBING, which will explore intersectional feminism and Afrofuturism through the filter of the singer and actor Grace Jones.

Discussing her proposal, Young explained: “This research trip feeds directly into the development of my new performance, in which I hope to incorporate the attitude, energy and some technique from Vogue.

“The central focus of the trip is to engage with New York’s Vogue scene, to learn from its incredible history and to harness the energy of queer Black resistance and creativity within my work.

“Vogue is not just about movement, it’s an attitude and an ethos, it’s about taking up space and saying ‘I’m good enough just the way I am’. It’s exactly this energy that I would like to explore within my new work.” 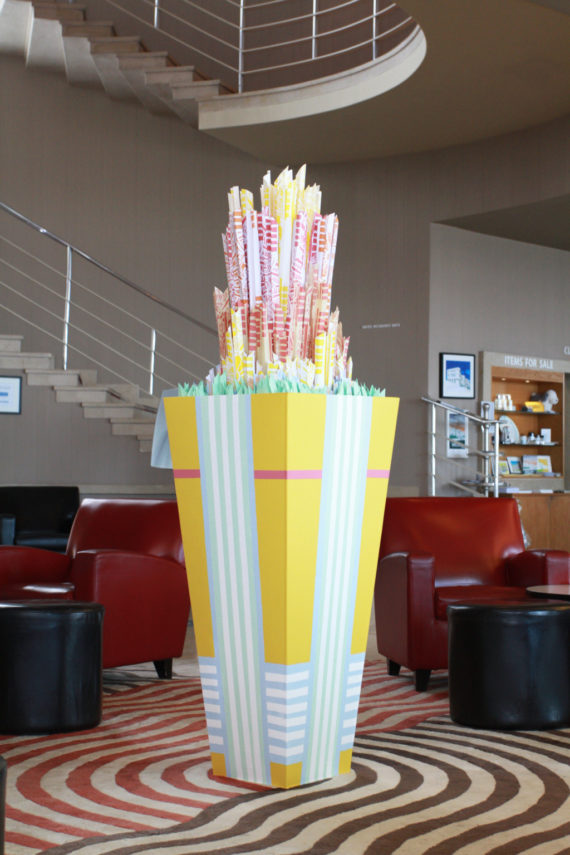 Manchester-based Jenny Steele, whose work often references 20th century architecture, will also be visiting New York. She will use her bursary award of £1,000 to explore, first-hand, examples of modernist architecture from the 1930s in New York and Miami, and to instigate professional relationships with gallerists, artists and residencies in both cities.

Her research and development project The Maiden Voyage will also see her complete new bodies of printed and sculptural works for exhibition in London later this year.

Speaking about the project, Steele said: “The research will enable me to contextualise my previous work which explored 1930s seafront architecture in Britain and in Miami, a city I previously visited in 2016.

“The Maiden Voyage will respond specifically to the expansion of modernist architecture that took place in the United States during the period that the great transatlantic ocean liners travelled between Europe to New York.

“Whilst the resulting works will form part of my solo exhibition in London, planned for December 2018, I also hope to explore potential opportunities for solo exhibitions and site-specific work responding specifically to 1930s seafront architecture in Miami through conversations with curators, gallerists and artists in the city.” 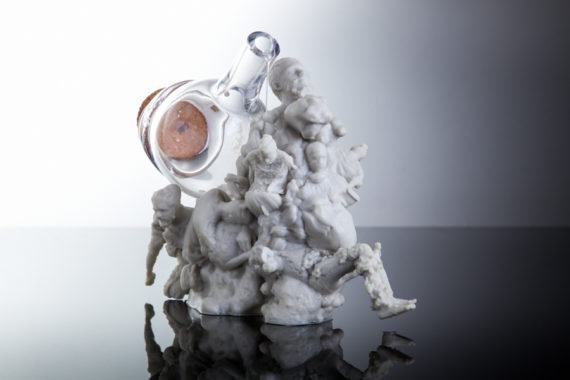 Birmingham-based Laurie Ramsell’s bursary award of £1,000 will enable him to network with bio-arts organisations based in Finland, and to carry out research at academic and cultural archives in the country relating to prehistoric bacteria which is being released from melting permafrost.

This research will inform the development of a new body of work exploring applications of ancient bacteria in art, design, medicine, and biomimicry.

Having already worked with artists and scientists across the UK and visited bio-artist hubs in the Netherlands and Japan, Ramsell says he is now keen to build on those experiences and further develop his own practice by “connecting with prominent artists in this growing visual arts field”.

Speaking about his research into prehistoric bacteria, Ramsell added: “As a society we are strongly conditioned to fear biology, especially of biology we can’t see. However, through this project I aim to raise awareness of the importance of bacteria in our daily lives.”

Effy Harle’s award of £1,000 will enable her to carry out a four-month research project to develop a critical understanding of womens’ role in the manual trades in the UK with a focus on manual labour within exhibition production.

As an artist who also works as a self-employed gallery technician, Nottingham-based Harle is keen to understand why there are so few other women employed as art technicians at contemporary art galleries in the UK today. 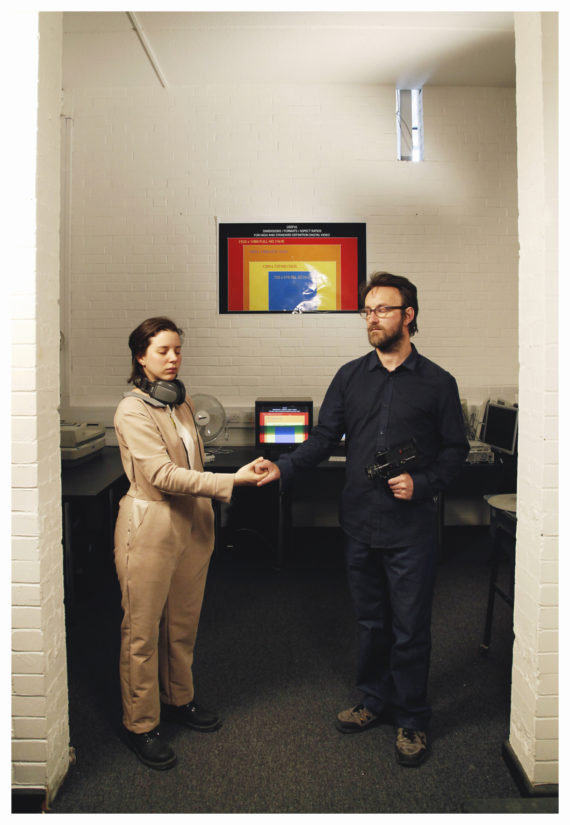 Discussing the project, she said: “Gallery technician work can subsidise studio rent and other artist’s essentials, and alongside building temporary stud walls, it also offers the opportunity to build valuable work relationships with curators and institutions. So why are there no female art technicians?”

“The bursary will enable time and space for me to step back from my day-to-day work environment and take focused time to gain a critical understanding of the situation.

“I’m interested in exposing alternative ways of production where women are fundamental members of the team, and not just token females in the band of builders.” 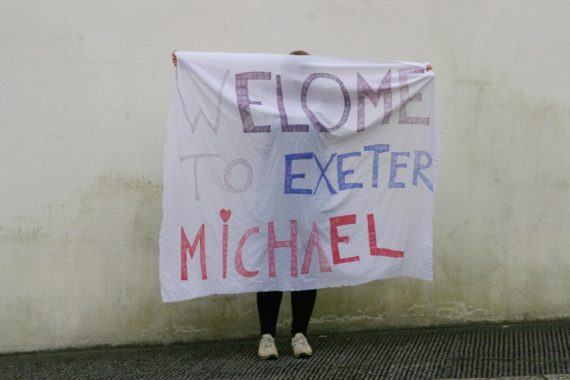 London-based Owen G Parry and Plymouth-based Beth Emily Richards have each been awarded £1,000 to collaborate on research exploring a mutual fascination with alt-communities and fandoms.

The research will include studio meet ups in London and Plymouth, a project presentation at Fan Network Conference in Cardiff, and making new work as part of a ‘collaborative’ two-person show at Transition Two in London later this year.

Richards explains that having first met Parry at a performance and fandom symposium in Bristol in 2017, the pair realised they had “several overarching research interests” within their practices, including “investigating fan creative practice, fan archives, and methods of subverting notions of a fixed narrative ‘canon’.”

Parry adds: “This bursary will enable us to explore our mutual ongoing interests and practices in fandom, exploring questions of sentimentality in late capitalism, collective joy and tributes, and the potentials of fanfiction for imagining alternatives to our neoliberal present.” 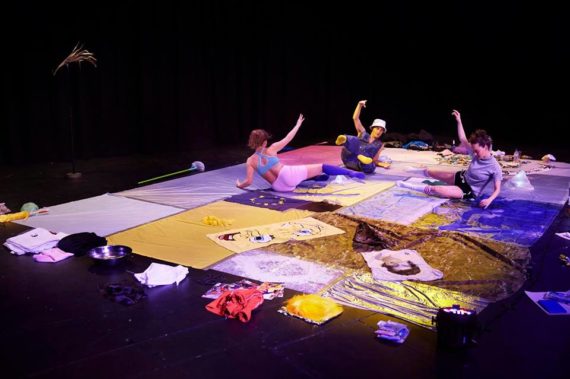