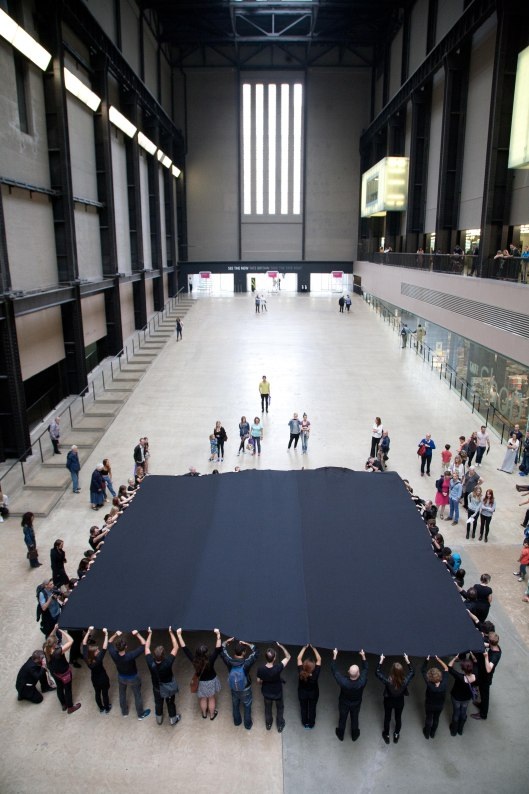 After 26 years of sponsorship, oil and gas giant BP has announced it is ending its relationship with Tate at the end of its current five-year deal in 2017.

BP’s sponsorship of Tate has attracted widespread criticism and protests from activists and campaigning groups. However, the company claims the decision to end its sponsorship was not a response to this.

A BP spokeswoman told the Independent: “They are free to express their points of view but our decision wasn’t influenced by that. It was a business decision.”

Peter Mather, head of BP in the UK, said: “The decision to end our contractual relationship with the Tate has been a very difficult one. It reflects the extremely challenging business environment in which we are operating.”

Tate Director Nicolas Serota had previously confirmed the BP relationship would be reviewed by the Tate Board of Trustees this year ahead of any renewal of sponsorship when the present deal expired.

A spokesperson from the Tate said: “BP has decided it will not be renewing its sponsorship of the displays and other activities at Tate in 2017. The BP/Tate partnership has been an outstanding example of patronage and collaboration over nearly 30 years. It represents one of the most significant long-term corporate investments in UK arts and culture.

“Tate wishes to express its gratitude to BP for its longstanding commitment and ground-breaking support of the Collection displays and other programmes.”

An end to six year campaign

BP’s decision to end its sponsorship of the Tate brings to an end six years of campaigning by art collective Liberate Tate. The group had called on Tate to sever the contract on ethical grounds.

Liberate Tate’s Yasmin De Silva said: “We’re thrilled with the news Tate is rid of BP. About 30 years ago, the tide turned on tobacco sponsorship, and now the same thing is happening to the oil industry.

“Of course Tate won’t rub it in BP’s face by acknowledging this decision is the result of the increasing public concern about climate change and the huge number of artists, members and gallery-goers speaking out about against the controversial deal.”

Anna Galkina, a representative for Platform, said they still plan to go ahead with the tribunal: “Of course we still want to know the details of the sponsorship deal. Tate previously got an average of £224,000 a year – profits BP makes in less than an hour. As public institutions, museums should be open about their sponsorship deals.”

Galkina called on other galleries to follow Tate’s example by cutting ties with BP. She said: “The gallery – whether it admits this or not – has taken the best form of climate action it could. We only hope that the British Museum, Science Museum, National Portrait Gallery, and Royal Opera House will follow Tate’s lead.”