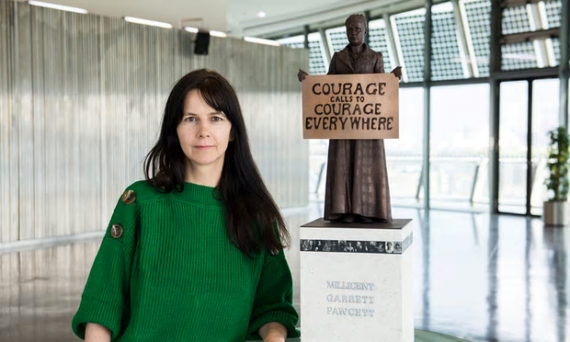 Gillian Wearing unveils design for Parliament Square suffragist statue The first female artist to create a statue for the London square has been granted planning approval for her tribute to suffragist leader Millicent Fawcett. A detailed model of the monument shows Fawcett holding a sign that reads “Courage calls to courage everywhere”, taken from a speech she gave after the death of fellow campaigner Emily Wilding Davison at the 1913 Epsom Derby.

Arts GCSE entries at their lowest for a decade New research revealing declining exam entries for arts subjects comes as education minister Lord Nash denies that arts take-up in schools has slowed since the government introduced its controversial EBacc policy.

Documenta 14 curators respond to reports over finances The curatorial team of the Kassel-based quinquennial have issued a statement refuting suggestions that Documenta’s stakeholders did not understand the budgetary implications of staging the exhibition in Athens as well as Kassel. In it, they said: “The money flowing into the city through the making of Documenta greatly exceeds the amount the city and region spend on the exhibition.” In addition, more than 200 artists who took part in Documenta 14 have signed a letter in support of the quinquennial and its curators. 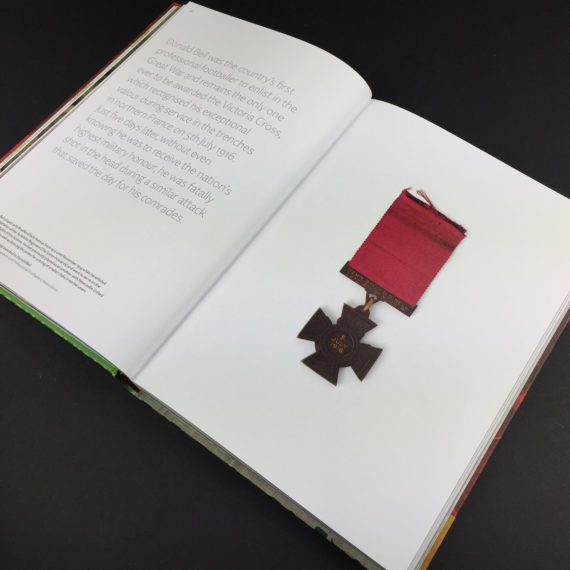 Artist collaboration in contention for the world’s oldest sports book prize A crowdfunded collection of essays, Breaking Ground: Art, Archaeology and Mythology, has made it to the 16-strong longlist for 29th William Hill Sports Book of the Year Award. Edited by artist Neville Gabie, designer Alan Ward and archaeologist Jason Wood, the book uncovers the archaeology, art and mythology of Bradford Park Avenue football club. It is up against a raft of high-profile sports books, including Judy Murray’s Knowing the Score: My Family and Our Tennis Story.

Pope painting by Francis Bacon to go on sale after 45 years hidden away Estimated to be worth £60m, the painting depicts a slumping pope whose formless body is capped by a drunk’s red nose. The work was first exhibited in Paris in 1971, six months after Bacon finished it, and was shown in Düsseldorf the following year. Since then it has been locked away by a private collector, who never lent it or showed it.

Martin Parr to open centre for documentary photographers in Bristol The Martin Parr Foundation will provide access to the artist’s growing collection of photographs by fellow British and Irish photographers, including Chris Killip, Tony Ray-Jones and Roger Mayne, and images of the UK taken by international photographers such as Bruce Davidson and Gilles Peress.

Germany creates database to help prevent looting of cultural property The German government has created an internet portal to support the country’s Cultural Property Protection Law. The law, which came into effect in 2016, was enacted to protect German national heritage and put an end to the illegal trafficking of looted art and antiquities.

Prominent German artists object to arms manufacturer’s exhibition sponsorship Rheinmetall, a Düsseldorf-based multinational defense company, is one of the sponsors of Deutschland 8 – German Art in China, an exhibition of German contemporary art that recently opened in Beijing.