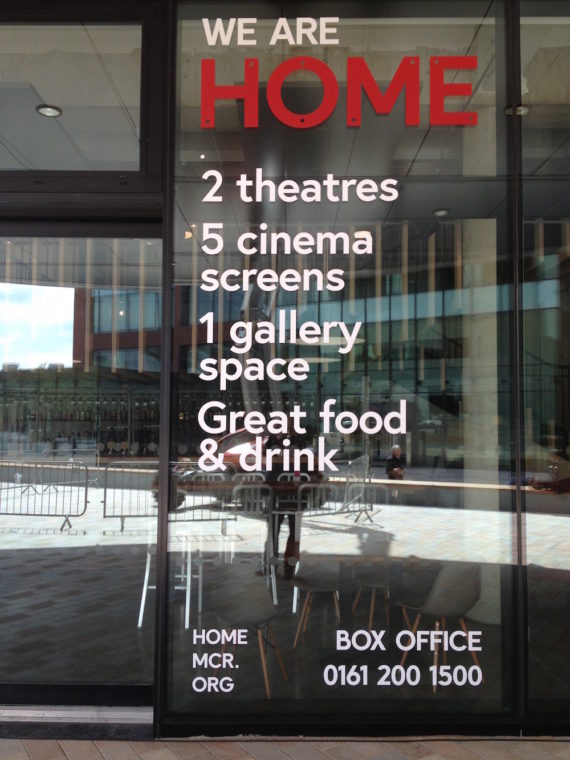 Sarah Maxfield, area director north, Arts Council England, said: “Greater Manchester has a strong and diverse cultural offer and this investment demonstrates real commitment to supporting that offer, for the benefit of all GM residents. It’s great to see the range of established organisations and newer, emerging talent, included in this portfolio which will benefit people from GM, the north and beyond.”

Edinburgh City Council to reopen museums seven days a week In October 2016 the council reduced the opening hours at six of its museums and galleries, moving to a five days a week service. Although it resulted in £82,000 in savings from staffing costs in 2016-17, visitor numbers fell across the sites by more than 100,000 – a 21% drop.

The impact of this was felt in retail sales and donations which fell by £75,000. However, now an extra £95,000 has been voted through by the council which will pay for the additional opening hours.

Goldsmiths Centre for Contemporary Art to open with Mika Rottenberg exhibition The new London gallery space has announced that it will open to the public on 8 September 2018 with a solo exhibition by the New York-based artist Mika Rottenberg, which will continue to 4 November.

Gallery director Sarah McCrory said: “We are really excited to be making the inaugural exhibition with Mika, and to be commissioning two new works for the exhibition which will be installed in response to the renovated building.”

Subsequent shows will include solo exhibitions by Kris Lemsalu and Alexis Hunter (both 23 November 2018 – 3 February 2019), and a presentation of work by the Chicago Imagists (from March 2019).

Creative Scotland awards over £830,000 to 41 projects The beleaguered funding body, which last week pledged a “root and branch review” of how funding decisions are made when its chief executive Janet Archer appeared before MSPs at the Scottish Parliament, has announced its latest Open Project Fund recipients.

A total of £836,779 has been awarded to 41 recipients, including individual artists, musicians, writers, theatre makers, festivals and organisations working across the arts, screen and creative industries. Awards range between £1,763 and £90,000.

New York’s oldest alternative art space, White Columns, relocates After 20 years in its current location at 320 West 13th Street, the gallery, which was founded in 1970 by Jeffrey Lew and Gordon Matta-Clark as an experimental platform for artists, will move to a new home at 91 Horatio Street, near to the Whitney Museum of American Art.

Today, 28 February 2018, is the final day for White Columns at 320 West 13th Street. After 20 years in this location the gallery will move to its new home at 91 Horatio Street (just three blocks to the West!) When then White Columns’ Director Paul Ha signed the lease for 320 W 13th Street in 1998 very few people were thinking about the Meat Packing District as a destination. 20 years later … things have obviously changed! White Columns has been located in the West Village/Meat Packing District since 1979 (initially at 325 Spring, then 142 Christopher Street, and for the past 20 years at 320 W 13th. Curiously both 325 Spring and 142 Christopher are currently vacant!) We are excited about our new space – details of the opening shows to follow soon – and continuing a dialog with a neighborhood and community that we have a nearly 40 year history with! Thanks for your support of White Columns over the years – New York needs it’s independently-minded, not-for-profit spaces now more than ever! & We look forward to welcoming you to our new space in April! … Onward! ? @white_columns #whitecolumns

Paul Hamlyn Foundation awards five-year core funding to two arts development organisations What Next? and the Cultural Learning Alliance will receive £150k each to ‘continue their core mission’. Arts Professional reports that the scheme is intended to address a core-funding gap for business development and collaboration among civil society organisations. In total there will be seven recipients of the foundation’s new Backbone Fund.

A Paul Hamlyn Foundation spokesperson said: “The new fund enables organisations to resource their core services, support essential posts and ensure that there is funding that can be relied upon for a significant period of time, free of political cycles. Resources could be used for advocacy, collaboration, business development and other core functions.”

French culture minister says the Mona Lisa could go on tour Francoise Nyssen told Europe 1 radio she was considering allowing the iconic work to travel to different venues around France. It has rarely left the Louvre in Paris before, with its fragility cited as the main reason. The last time it left France was for shows in Tokyo and Moscow in 1974. It was also stolen from the Louvre in 1911, resurfacing two years later in Florence.