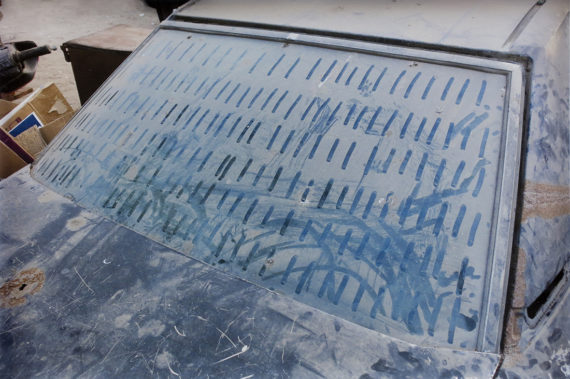 Founded in 1994 by professor Anita Taylor, executive dean of Bath School of Art and Design at Bath Spa University, for the last 17 years it had received support from the Jerwood Charitable Foundation.

The prize is the largest and longest-running annual open exhibition for drawing in the UK and is known for offering emerging, mid-career and established artists a national platform to exhibit their work. Previous winners include Gary Lawrence (2017), Solveig Settemsdal (2016), Tom Harrison (2015), Alison Carlier (2014) and Svetlana Fialova (2013).

The Trinity Buoy Wharf Trust was set up in 1998 by London Docklands Development Corporation, at the time the owners of the Wharf. The Trust receives 25% of the Wharf’s income to be used for promoting arts activity in the area.

Performance artist Toto Kisaku given political asylum by US The Congolese artist was jailed in the Democratic Republic of Congo for putting on performances that were critical of the country’s government. Following a seven-day stint in prison for taking part in student protests against President Joseph Kabila, he fled to the US with his son. Kisaku now lives in Middletown, Connecticut.

Bo Bartlett Centre opens in Columbus The American realist painter opened the education centre attached to the arts institution Columbus State University’s Corn Centre. It will offer a programme of exhibitions, concerts, lectures, and film, with the centre modelled on the Pennsylvania Academy of Fine Art, which Bartlett attended.

Speaking to Hyperallergic, Bartlett said he wants the centre to operate in a “holistic manner” that reaches all members of the surrounding community. This includes teaching drawing in local public schools, and offering art sessions in prisons. He commented: “I believe in the power of art to transform lives. This is the philosophy the centre will put into practice.” 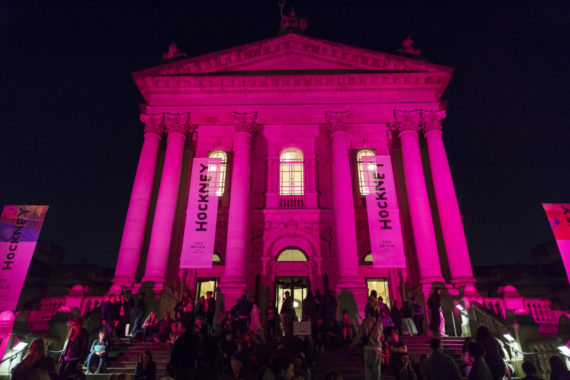 Tate Britain launches new series of Late at Tate Britain nights for 2018 This year’s programme of specially curated events will feature music, live performances and workshops, beginning on Friday 6 April with an evening exploring the Art Now installation by Marguerite Humeau. Tate Britain will then be open late on the first Fridays of June, August, October and December 2018.

The season will feature immersive sound works played throughout the gallery’s collection spaces by digital collective Compiler and South London-based arts collective/record label South Space Records. There will also be a sound intervention from artist and musician Stephen Lordan, and film screenings by Antonio Roberts.

The late openings will also provide an opportunity to explore John Constable’s Salisbury Cathedral from the Meadows, the current Duveens Commission by Anthea Hamilton, and later in the year the 2018 Turner Prize exhibition.

Late at Tate Britain is curated by 15-25 year olds from Tate Collective London, who produce a range of free events and festivals for young people to experiment and create through art and ideas.

Rediscovered Le Nain brothers work to be auctioned in France A painting by the 17th century brothers renowned for their portraits and portrait miniatures has been discovered in the house of a woman in her seventies in France. Titled L’enfant Jésus blond méditant devant une croix, it depicts Christ as a child praying next to a cross on the ground. Also featured is the goblet and towel used by Pontius Pilate to wash his hands after agreeing to crucify Christ.

The painting is being auctioned on 10 June at the Château d’Artigny in the Loire Valley and is estimated to reach between €3m and €5m.

Although the Brazilian Institute of Museums has attempted to dissuade MAM, the Brazilian Ministry of Culture is supporting the sale. Rio de Janeiro spent almost US$12 billion to host the Olympic Games in 2016, while at the time Brazil was facing a recession. The country’s financial difficulties have since worsened.

ICA Philadelphia becomes first museum certified by W.A.G.E. The museum joins more than 50 organisations certified by New York–based activist organisation that advocates for artists to receive fair payment from the institutions which contract their work.

ICA director Amy Sadao told ArtForum that a commitment to artists is at the core of everything the museum does. She said: “Our partnership with W.A.G.E. helps to set a new standard in the museum field, one that ensures equitable environments for the artists with whom we work.”

W.A.G.E. fees are calculated based on an institution’s total annual operating budget. The ICA will be responsible for tracking all fee payments within its $4.8 million budget, and must remain compliant with W.A.G.E.’s standards for a minimum of one year.