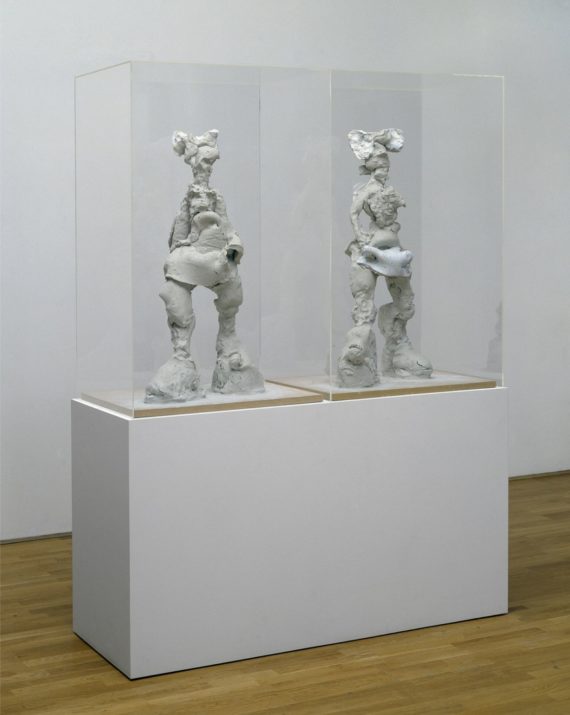 Rebecca Warren chosen for inaugural show at Tate St Ives extension The exhibition in October by the British sculptor will be the first in a new gallery space carved out of hillside as part of  a £20m redevelopment. The gallery has been closed for 18 months for the refurbishment of the existing gallery, which opened at the end of March, and the creation of an extra 500 sq metres of space for temporary exhibitions.

Garden bridge across Thames scrapped by Sadiq Khan The mayor of London has effectively pulled the plug on the controversial Thomas Heatherwick-designed project to build a ‘garden bridge’ across the Thames, saying he would not give financial guarantees for construction work to begin.

Anger as Tate asks staff to contribute towards boat for Nicholas Serota Notices about ‘leaving gift’ appear in staff rooms amid disputes over low pay and outsourcing, and end of staff canteen discount. The notice said management had thought ‘long and hard’ about an appropriate gift for the director, who is leaving in May after 28 years at Tate.

Somerset House appoint Ceri Hand director of programmes Hand, who is currently an associate director at Simon Lee Gallery with responsibility for institution liaison, previously ran her own eponymous commercial space in Liverpool and London. Her CV also includes stints as director of exhibitions at FACT, Liverpool, and deputy director of Grizedale Arts, Cumbria.

Public petitions against new Berlin prospective Museum of the 20th Century’s design A recently created public initiative has criticised the financing for the building, claiming that the current budget of 200 million euros (£178 million) is unrealistic. The group is demanding a more transparent financial plan, for images and the specs of the new design to be made available, and for a public discussion to be held before construction commences.

World Monuments Fund launches Instagram campaign to save Modern buildings The initiative comes days after three key structures in India were demolished. A list of nominated sites will be sent to an advisory council who will advise the WMF on the next phase of the Modern Century programme.