Bringing the outside in: why it's time to open the art world to 'outsider' artists - a-n The Artists Information Company 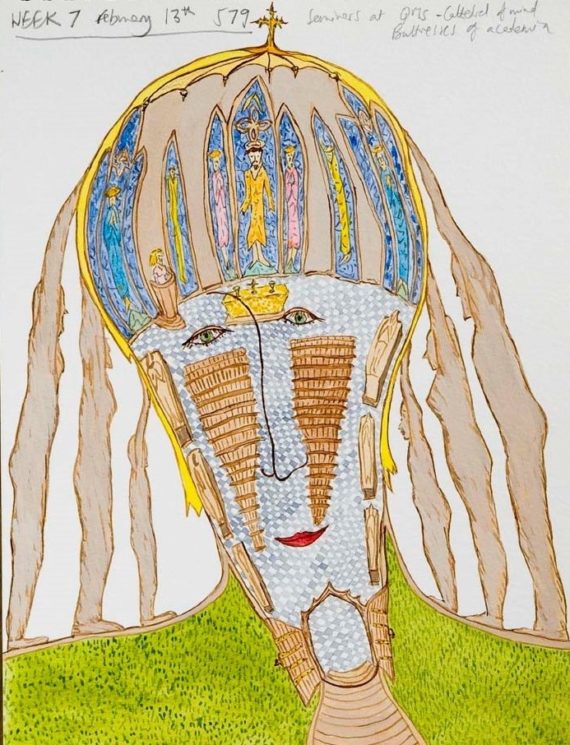 The term ‘outsider art’ was coined by British art historian Roger Cardinal in 1972 as the English equivalent to the French term ‘art brut’, or raw art. Originally intended to describe art that sits outside established cultural norms, its ambiguous meaning and application has been subject to continuous debate.

At worst, the term is seen as a way to deliberately marginalise artists who do not conform to the mainstream. Some artists, meanwhile, have chosen to self-identity as outsider.

The boundary between what is considered to be ‘mainstream’ and ‘outsider’ art is certainly mutable and porous. The inclusion of renowned outsider artists in national collections and events like the Outsider Art Fair and the Sotheby’s exhibition Outside In: Journeys are proof of an established market and audience.

However, interrogating who is included in and excluded from the arts and why is as urgent as ever. The recent publication of Panic! Social Class, Taste and Inequalities in the Creative Industries demonstrates how the arts and creative industries are failing to represent wider society.

The report, which was led by Create London and Arts Emergency and is underpinned by academic research, shows how working-class people, women and those from black, Asian and minority ethnic backgrounds face inequality of access to employment. This situation is exacerbated by the fact that young people who experience deprivation will be more likely to miss out on arts subjects at school if the EBacc becomes compulsory.

So how might looking to the outside nurture greater equality in the arts? Though the term remains contentious, Outsider Art has evolved to encompass a rich spectrum of artists and organisations who operate beyond the mainstream art world.

This diversity is reflected in this year’s European Outsider Art Association Conference, taking place between 4 and 6 May and hosted for the first time in the UK by Outside In. Originally founded at Pallant House Gallery, Chichester in 2006, last year Outside In became an independent charity. The organisation works with around 2,500 artists who struggle to access the art world due to factors including health, social circumstances and disability. 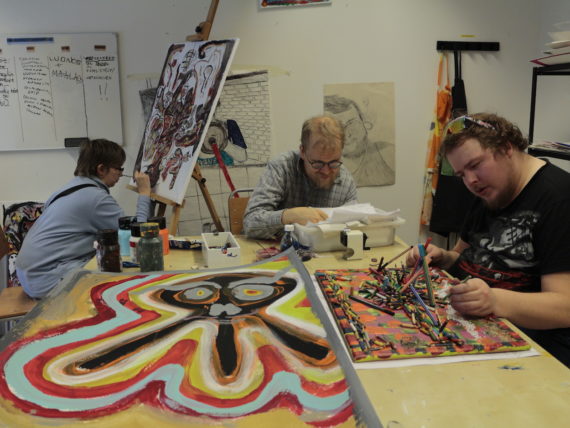 Instead of being bound by definitions of ‘mainstream’ and ‘Outsider’, the organisation delivers a programme of support designed around artists’ needs. Kate Davey, conference coordinator, explains the organisation’s vision: “We want to be moving away from this idea of ‘otherness’ and towards a situation where art is created, shown and sold by people with a huge range of educational backgrounds and social circumstances.”

This artist-centred approach has informed the conference theme of ‘The Artist’s Voice’. The programme will spotlight organisations and groups that place artists at the heart of their practices. “We’re involving artists in every panel discussion, presentation and workshop,” adds Davey.

Contributors include Garvald Edinburgh, a charity for adults with learning disabilities which provides supported artist studios; The Blue Circus, Finland, a collective led by artists who are on the autistic spectrum; and UK-based artists Sara Burgess and Billy Weston.

The conference will also be an opportunity to unpick the meaning and relevance of Outsider Art. “The term is viewed differently in Europe and other parts of the world,” says Davey. “By coming together, we can have a conversation about what the term means today.”

Artist Bobby Baker is delivering the conference keynote speech. She heads up Daily Life Ltd, a platform for her performance-based work, which is mainly staged in non-traditional art spaces.

In her speech, she will draw on her own complicated relationship with the mainstream. “I’ve always skirted around the edges of the art world because I’ve had dilemmas about the way it operates,” she says. “I’ve always enjoyed getting older, but I was shocked when I began to feel invisible when I turned 65. As an older woman artist, I realised I don’t have the same privilege as my male peers.”

The predominately white, middle class make-up of the arts and creative sectors in the UK points to where privilege currently resides. Though, as Baker indicates, there are many other limiting factors such as gender, age and disability.

The implication of such a homogenous workforce is the perpetuation of dominant tastes and values. This makes it difficult for those who don’t conform to these to break into and meaningfully influence the sector. 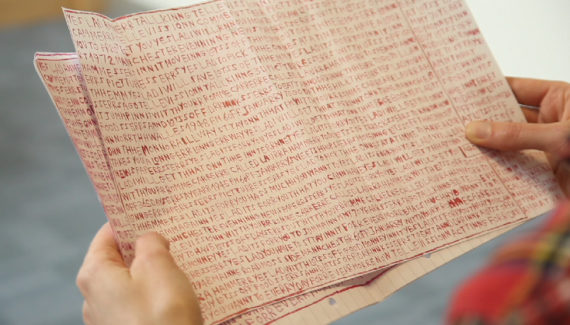 According to Davey, to challenge these entrenched conventions, organisations need to go beyond platforming work that is considered to be Outsider Art. Instead, they need to open up production processes to include artists.

“We need to have a lot of different artists’ voices feeding into production stages,” she says. “We’re asking how we can include the artist’s voice in curating exhibitions, or in writing project proposals.”

Davey believes this approach will lead to a richer sector. “This doesn’t only open up opportunities for artists, but also for different audiences who can connect with art made by people they can relate to.”

Every artist faces challenges, but it’s clear that some face more than others. Baker hopes that being honest about her own will help others. “When you’re facing barriers, it’s very easy to think that you’re the only one. It’s really important that we share our experiences.”

As structural inequalities in the arts continue to be exposed, there is an urgent need to create a more transparent, fairer sector. Including individuals and organisations that fall under the umbrella of outsider art seems vital in efforts to effect systemic change.