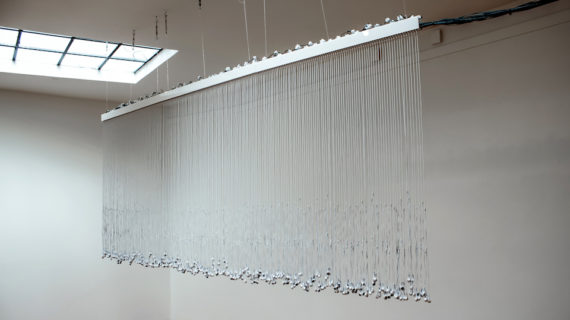 The winners of this year’s Aesthetica Art Prize have been announced during a ceremony at York Art Gallery.

Canadian artist Adam Basanta was awarded the main prize of £5,000 for his piece Curtain (White).

The sound installation explores the white earbud headphone, an everyday device that creates an interior environment that offers a retreat from the external world.

Basanta’s work features a 3m long ‘curtain’ made up of the headphones which sections the gallery space visually and sonically, with the sound produced evoking waves, wind, rain, and insects. 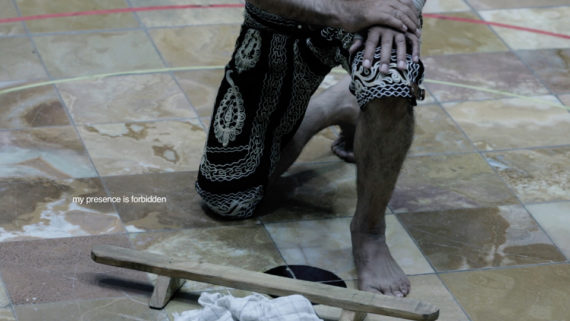 The work focuses on the rituals of Persian warrior training, seen in combination with the recitations of a young girl coming to terms with her impending womanhood.

Cherie Federico, director of the Aesthetica Art Prize, described the work in the exhibition as “an inspiring collection of innovative projects by some of today’s leading artists”.