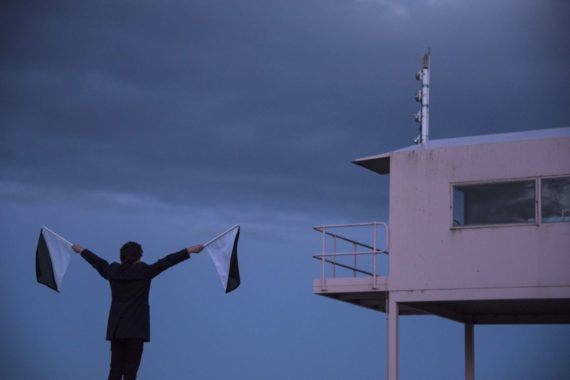 This October sees the return of Welsh arts festival Cardiff Contemporary. Taking place over 31 days at various sites across the city centre and Cardiff Bay, the event brings together international and Wales-based artists working in the visual, sonic and performance arts.

A range of new commissions and public sculptures will be installed at key landmarks, including a multi-media exhibition by local art collective tactileBOSCH at the imposing Old Post Office at Cardiff Bay. There will also be a light sculpture by artist Robert Montgomery welcoming travellers arriving at Cardiff Central Station. A temporary hub called ‘The Angel’ will feature five new gallery spaces across a derelict floor beneath the city’s Angel Hotel.

The theme of this year’s festival is ‘Are You Ready?’, which is a direct reference to the work of Italian inventor Guglielmo Marconi who, along with local engineer George Kemp, succeeded in delivering the first transatlantic radio transmission in 1897. Artists were asked to consider notions of communication, both historically and in the modern age, when developing their work.

City of Cardiff Council leader, councillor Phil Bale, said: “People have never been so connected in the world, yet good global communication is an issue and has never been so needed, so it’s quite timely that ‘communication’ is the theme for this years’ festival.

“We are hoping that the artists featured in this year’s festival inspire the city and world with the ideas that they are presenting in Cardiff.”

The announcement that the festival is taking place will be welcome news to Cardiff’s artistic community, whose Cardiff Without Culture? campaigning group successfully petitioned against the council’s proposed funding cuts of £700,000 to the arts and culture budget.

The group urged the council to rethink its proposals, which would have seen large budget reductions to many of the city’s arts organisations, including Artes Mundi and Cardiff Contemporary. An estimated 800 people turned out for the march, with the online petition receiving just over 6,000 signatures.