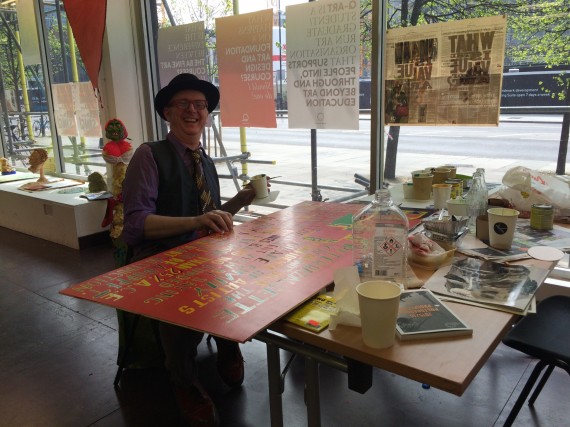 The Queen’s New Year Honours list has been announced, with a number of artists receiving awards.

High-profile recipients of Commander of the Most Excellent Order of the British Empire (CBE) include Turner Prize-winning artist Chris Ofili, best known for his paintings incorporating elephant dung.

Conceptual artist Ryan Gander is appointed Officer of the Order of the British Empire (OBE) for his services to the arts, as is the artist and campaigner Bob and Roberta Smith. Art dealer Nicholas Logsdail, the co-founder of Lisson Gallery, also receives an OBE.

Jenny Waldman, the director of 14-18 Now, will receive a CBE for leading the UK-wide artistic commemorations of the first world war. She developed a number of commissions by artists including Jeremy Deller and Peter Blake.

Other recipients of honours include the war photographer Don McCullin, who is known for documenting conflicts in the Congo, Afghanistan and Iran in a career spanning 60 years. He will receive a knighthood.

Among other arts figures to receive awards are the theatre director Rupert Goold (CBE), the Oscar-winning costume designer Jenny Beavan (OBE) and The Kinks’ singer Ray Davies, who will receive a knighthood.

The annual awards are given by the British Cabinet Office to reward service in a variety of professional and charitable fields. The Honours List was first established by King George V in 1917 as a way of recognising achievement in fields other than those coming from the military, diplomatic corps or the aristocracy.