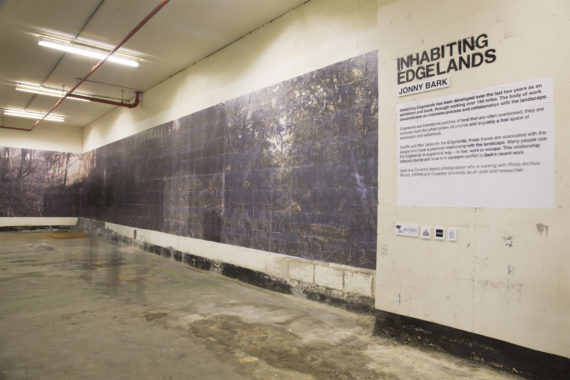 Coventry Biennial, which returns for its second edition from 4 October to 24 November 2019, has announced the first artist for its Blue Sky Making commissioning strand following a successful Kickstarter campaign earlier this year.

Designed to assist the biennial in commissioning and presenting new artworks by artists from Coventry and Warwickshire, the Kickstarter raised over £1,500.

The first artist to be announced is Jonny Bark, who describes himself as ‘a proactive conceptual photographer with a keen interest in social mobility, representation of landscape and artist books’.

Bark graduated with a BA in photography from Coventry University in 2017  and is currently undertaking a PhD at the same university. He is one of three artists who will undertake Blue Sky Making commissions.

Bark’s first solo exhibition after graduating was the large-scale ‘Inhabiting Edgelands’ exhibition at Coventry’s CET Building, which took place from November 2017 to April 2018.

The commission for Coventry Biennial is described by the festival as ‘a monumental new artwork’.

Commenting on his selection, Bark said: “I’m really excited about being part of Coventry Biennial 2019. All of the effort involved in installing my exhibition at the end of last year is going to be surpassed by this new and ambitious project.”

The other local artists who will be producing Blue Sky Making commissions, as well as more information about Bark’s commission, will be announced in the near future.

Coventry Biennial was founded by the artist and curator Ryan Hughes and debuted in 2017. It aims to celebrate and promote contemporary art and artists while ensuring it is firmly rooted in the city of Coventry, reflecting its history and culture.

The biennial is supported by Arts Council England, Coventry University, Coventry City Council, Coventry Artspace and The Herbert Art Gallery and Museum. Its third edition in 2021 will form part of Coventry’s UK City of Culture celebrations.