Curating by Twitter: "Every step of the development became visible" - a-n The Artists Information Company 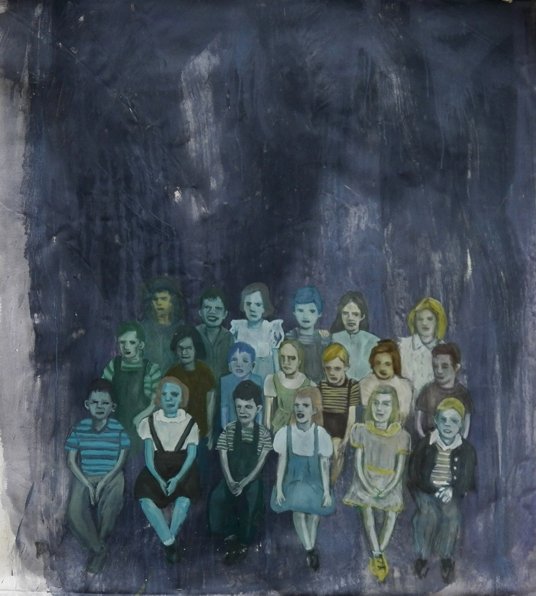 This ‘Me’ of Mine is a long-running project by artist, writer and curator Jane Boyer. Involving a large group of artists, digital communication was crucial to the curatorial process. “I live in a remote area of south west France,” says Boyer, “so nearly all my communications are done digitally – it is necessary for my daily functioning! However, it also became the structure of the whole project.”

The project so far includes an exhibition, symposium (date to be announced) and companion book exploring the influence of socialisation and social groups on identity. Themes include the way we use objects to express and mediate emotion, memory as a means to define ourselves and also the effects of living in a digital age.

The project was developed completely in public, with conversations often taking place on Twitter (@thismeofmine). “It is possibly unique in that sense,” says Boyer. “Once I launched the blog site, thismeofmine.wordpress.com, every step of the development became visible. It was a very scary thing because if I failed, I failed very publicly!”

Another platform Boyer utilised was a-n’s Artists talking blogs. “I was very active on a-n’s blogs and I looked at work from artists there. I also looked at Rise Art.” Boyer then set about visiting a number of artists in their studios. “First and foremost was the art,” she says. “I chose artists because they made these great works of art – not because of who they were or what they were doing in their careers.”

Artists featured in the show include: Aly Helyer, Edd Pearman, Darren Nixon, Hayley Harrison, Melanie Titmuss, Annabel Dover, Kate Murdoch, David Minton, Anthony Boswell, David Riley, Sandra Crisp, Sarah Hervey, Shireen Qureshi, and Cathy Lomax. After APT, This ‘Me’ of Mine travels to Strange Cargo|Georges House Gallery in Folkestone in April, then to Kaleidoscope Gallery in Sevenoaks from May through June, followed by an exhibition at the Art School Gallery in Ipswich Museum (date to be confirmed).

For Boyer, this is just the start: “The world is changing and the context that used to define our identity is not the same context for kids growing up now. There has been a paradigm shift and I think it is important to look at those relationships again.”