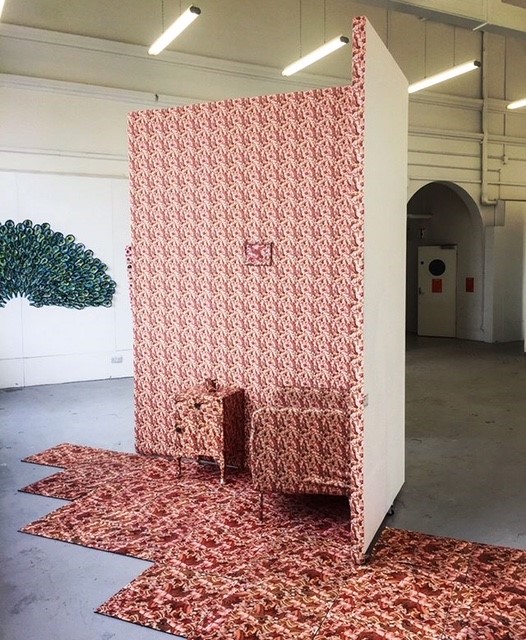 Janet Tryner continued her degree shows coverage on the a-n Instagram with a visit to the BA (Hons) show at Birmingham City University as part of the BCU Inspired Festival, hosted at the school’s Margaret Street campus.

“This is what greets you in the foyer of Birmingham School of Art’s impressive home on Margaret St!” explained Tryner with her first post.

“The pillars are wrapped by Ameera Siddiq’s bright collages and Ken Banks’ drawing on canvas hangs on the back wall.” 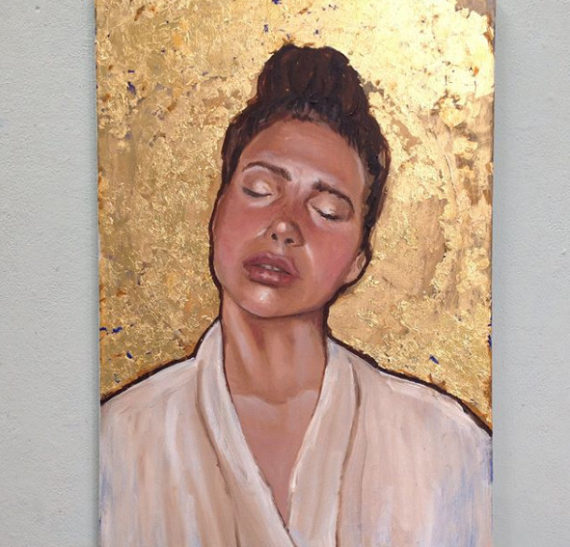 Rosa de Lux’s portraits make reference to the works of the Pre-Raphaelites, as Tryner explained.

“If you snoop in the little diary Rosa has left near her paintings, you can see that they were inspired by the poems of Christina Rosetti.” 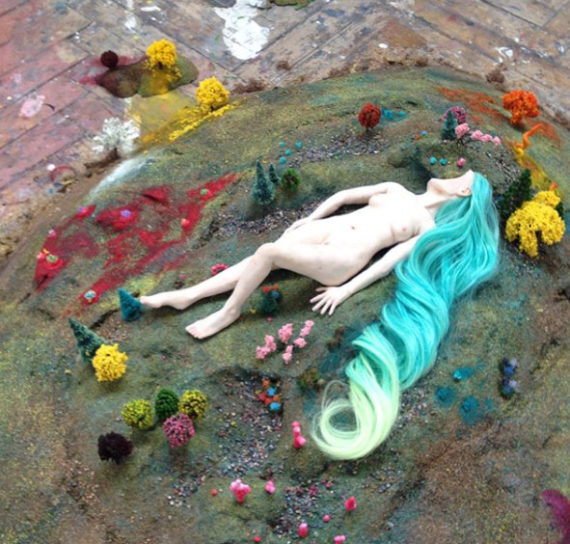 “These finely modelled female nudes looked like they were pensively considering their options, which seemed limited or out of reach,” said Tryner.

One of Tryner’s highlights from the show was Zhe Ghu’s installation. “I would have picked this to bottle up and take home with me,” she explained.

“A red sun streams energy and a digger deposits soil on the roof of the planet while a white bird flutters above the two porcelain figures whose shadows disguise our view of the earth. It is very beautiful.”

Sam King kicked off his degree shows takeovers with a series of posts and stories from the Camberwell College of Arts undergraduate show. You can view all the degree shows stories pinned to the a-n Instagram profile page.

In his paintings, Laurence Jansen uses the gestural movement of paint to reflect upon ideas about the movement of humanity.

“This reflection may depict a narrative of political dynamism or migration on an atomic level,” said King.

“I highly recommend that you go to see this performance installation before the Camberwell show is over,” said King.

Alongside Portrait of the Homo Aquaticus, Vetere’s show also includes a work entitled Bodies of Water, created with reference to a quote by marine conservationist and filmmaker Jacques Cousteau: “To better understand fish, you have to become a fish.” 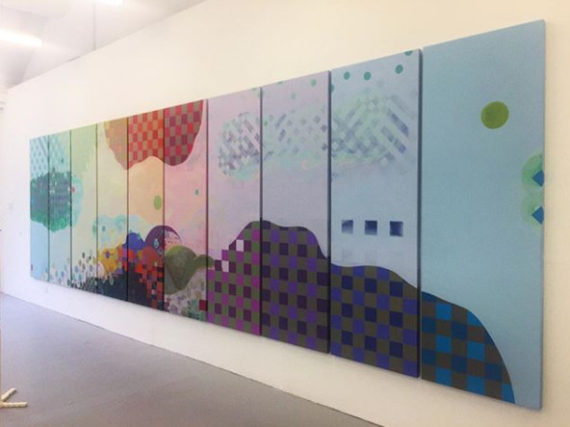 Sueko Hamilton Ritchie’s paintings are influenced by Buddhist beliefs of the world being in flux with many continuous cycles.

“Hamilton Ritchie’s My memory of a colourful life represents the world as a series of continuous cycles and rhythms – light and shadow, hard and soft, the seasons of the year.”