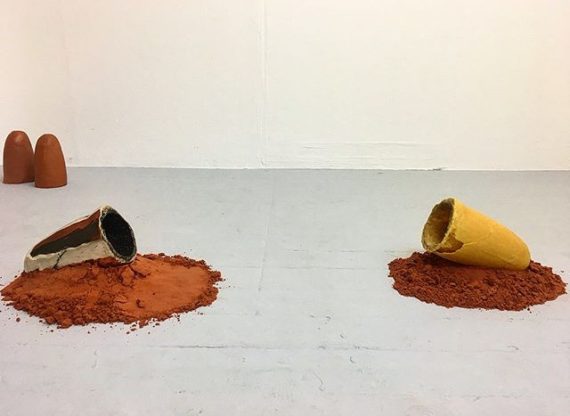 “It’s the first time the college has offered fine art at BA (Hons) level. Although there has been a DipHE here for years, students have wanted to finish their degrees here for many reasons – and now they can!” said Tryner in her first post. 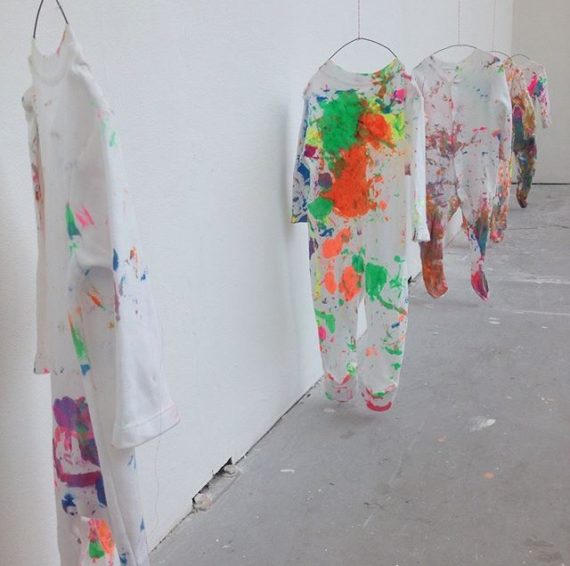 Sharleen Honey collaborated with her daughter to create works featuring paint splattered baby grows which “explore the creative development in infants”, as Tryner explained. “This work is called Who is the artist?”

“Ann works with cloth, thread and sound around notions of unravelling and re-weaving to explore the human experience,” said Tryner.

Having grown up in a small, predominantly white market town in Worcestershire, Nathaniel Atkinson’s work reflects both his own ethnic background and cultural identity more broadly.

Tryner explained that Atkinson’s work 1890 explores the “relationship between Jamaica and England” and was inspired by a series of photographs taken in Jamaica during the 1890s when, following the abolition of slavery and under British colonial rule, many former slaves settled in small farm communities in the interior of the island.

Sam King’s second takeover came from City & Guilds London Art School degree show. Following a visit to the preview, King said he would be sharing “some great work over the next couple of days”.

King described Maria Positano’s “amazing installation” as being driven by “the human need to generate spiritual meaning around the unknown, through the creation of physical artefacts and the manipulation of organic matter”.

He continued: “Her recent work is about objects of worship, which hold a life and presence on their own.” 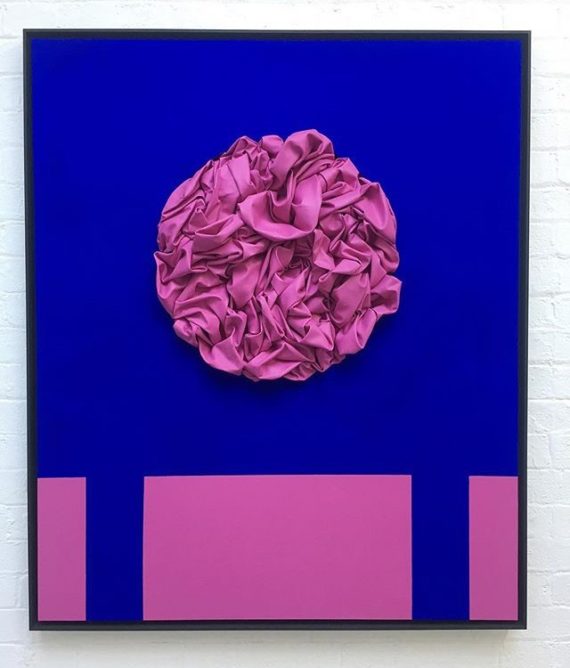 Posting a number of pieces by Bislacchi Studio, King said: “So much physicality in these works really… worth checking it out in person.

“Bislacchi Studio’s work questions the boundaries between painting and sculpture, using the canvas material and support itself to address issues of space, form and colour.”

William Hopkins‘ work Freddie “is focused on the AIDS crisis and its effects in the UK,” said King. “Approaching the topic in a light-hearted manner, he aims to create work that is relatable without being solemn.”

“Freddie depicts Princess Diana canonised as a religious figure, juxtaposed with Freddie Mercury, positioned as martyr of the AIDS crisis. A serious topic [reflected through] kitsch [imagery] allows engagement with what is considered a sometimes taboo subject.”

Next up:  For our final degree shows takeover, Sam King will be posting from The Art Academy Graduate Show 2018.