Digital R&D Fund #4: Art, wi-fi and a walk in the park - a-n The Artists Information Company 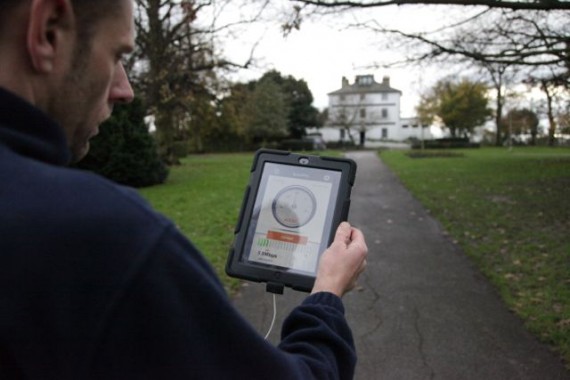 “We don’t want geeks – we want people who are thinking in different ways.” Curator and artist Simon Poulter is explaining the commissioning approach for NetPark – a digital art and education project from Metal. “We’re trying to put everyone in to bat around the ideas and thinking, rather than the technology.”

NetPark involves enabling free wi-fi in Southend-on-Sea’s Chalkwell Park and developing location-specific artworks for mobile devices. Home to Metal since 2007 (the arts organisation also has buildings in Liverpool and Peterborough), the park is a well-used local amenity. The addition of wi-fi coverage and art is about adding something extra – it’s not an attempt to reinvent the visitor experience.

“The park has got a lot of utility in it already,” explains Poulter. “Skateboarders, dog walkers, children who do games, events and festivals, rose gardens, a whole load of people who look after the flora and fauna – it’s a classic old utilitarian park. So what this project is going to do is try to add an extra dimension to the park which will hopefully connect to most of those existing users but also may attract other contingent uses.” 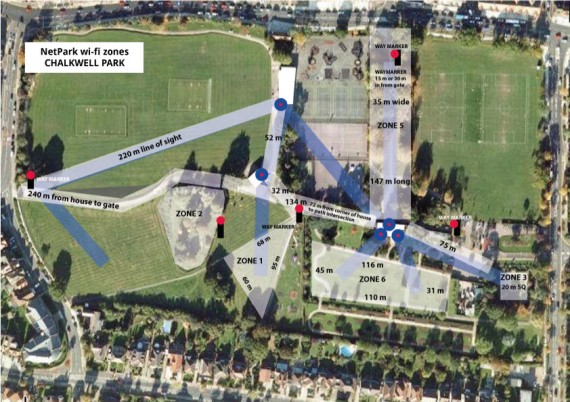 Operating from a renovated, four-storey Georgian house set within the park’s grounds, Poulter explains that as associate curator at Metal he’s been working on the project for over two years – a long period of research that pre-dates the organisation’s application to the Digital R&D Fund for the Arts.

“The idea wasn’t just cooked up for the Fund,” he says. “I wanted to spend time thinking through how this project would work and not just respond to funding agendas. As part of that I brought in a team of people – artists and designers – who I thought would be useful.”

One of those people is Malcolm Garrett, the renowned graphic designer. Best known for his designs for bands such as Buzzcocks, Magazine and Duran Duran, Garrett’s other work includes numerous wayfinding projects. He’ll be advising on the overall design and the integration of signage, ensuring that visitors are aware of both the wi-fi and art commissions in the park.

The researcher on NetPark is Dr Frauke Behrendt of the University of Brighton, who brings her extensive knowledge of locative media to the team. And perhaps most important to the delivery of the project’s creative ambitions is NetPark’s technical partner, Bristol-based developers Calvium. The company, which specialises in working with GPS, is the creator of App Furnace, a software engine for building iOS and Android apps.

“One of the things that is really good about App Furnace is that it streamlines the process of building an app,” says Poulter. “It creates a process that is more of a visual narrative than actual hardcore programming.”

The non-techy usability that Calvium’s digital expertise brings to NetPark is integral to how Metal wants to work with both commissioned artists and local schoolchildren. (Over the next six months a group of 9-10 year-olds will be creating a story-driven locative piece for iPad, while three artists will be chosen to produce their ideas for the park.)

“One of the problems with technology commissioning is that you can often frighten the life out of people and make them think, ‘It’s not for me, I can’t do that’,” says Poulter. “With NetPark we’ve been really clear: if you’re commissioned you’ll be able to come to Chalkwell Hall [Metal’s HQ], go through a lab environment working with myself and Calvium, and we’ll hold your hand as you learn how to do it.”

While Poulter isn’t necessarily looking for tech-savvy artists for the commissions, what is essential is a desire to engage with digital tools – and a willingness to work with people who may be a little bit on the geeky side themselves.

“It’s really important to me personally that the artists engage with the learning aspect of it,” he says. “With digital you need to understand that it’s a constant learning process, and for artists to have sustainable careers they have to be mutable, changeable and realise that digital skills are shifting all the time.”

Working as an artist on this kind of commission is, he stresses, a process that requires genuine collaboration, rather than just getting someone else to do the stuff you can’t. “I’m not keen on the artist-technician relationship as a hierarchical model. I’m much more interested in the idea of cross-working in terms of practice, rather than there being a person over there doing the hard coding and getting no credit for it.”

Poulter is also keen to emphasise the iterative nature of the whole NetPark project; that the process of doing is also part of an important learning journey for the artists involved, as well the project itself.

“It’s always a difficult thing when you’re an artist designing something that has a public facing element, you kind of need to go through those iterative stages. The most problematic thing for artists when they do [digital] commissions is that they build something in their studio or at home, get it running, and then they stick it in an exhibition and it falls over.”

As well as delivering the NetPark artworks, the project will also create an open source toolkit that will provide a step-by-step guide to how it was all done. So, while conceived very much with Chalkwell Park in mind, it’s hoped that its impact will be felt even if you’re not a frequent visitor to Southend-on-Sea.

“The project will potentially have a much wider effect,” says Poulter. “We are effectively building all the knowledge to enable this to be done anywhere.”

Also in the Digital R&D series:

#2: Screens, footprints and buildings with soul – Alastair Eilbeck of MeYouAndUs explains the thinking behind TILO, a display system for arts venues that aims to reflect a building’s digital ‘soul’

#3: Drones and the creative potential of military hardware – AND Festival director Gabrielle Jenks discusses Project Daedalus and use of drones in the arts