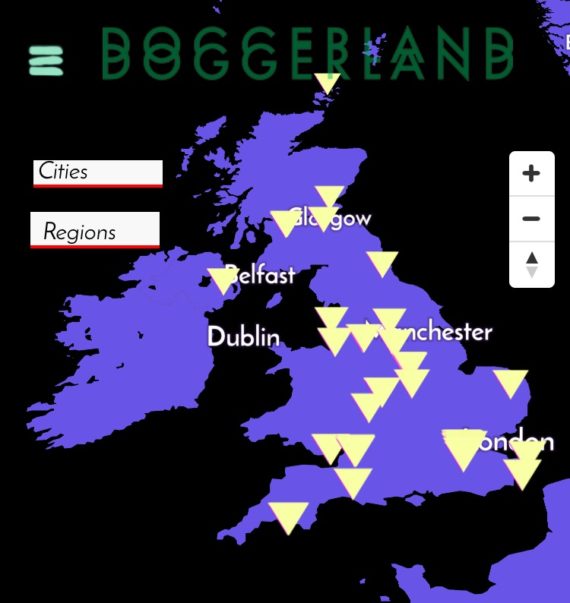 Arts research group Doggerland has published an interactive map of artist-led organisations across the UK. The resource, which is available for free online, offers a visual directory with a city-centric and regional focus.

Explaining why they developed the map, Doggerland’s Tom Prater and Sam Playford-Greenwell said: “Everybody loves a good map – it’s an immediate visual trigger to indicate place and proximity. That’s partly what artist-led activity resonates from, a sense of place and proximity to other self-organised spaces, clusters or inter-city exchange for support structures to exist and continue.

“We’re aware of its a problematic aspects, in its flattening capacity, or appearing definitive in its collection of markers on a map, but the map is not the territory, right?”

The map also helps audiences understand where Doggerland are situated as a research project in the artist-led. It represents a wish-list of where and who they’d like to visit, alongside those spaces they have already worked with. “We distribute our Doggerland Journals to most of the spaces listed, free of charge, as a way of creating some kind of dialogue around the artist-led. The map is another form of this.”

Prater and Playford-Greenwell plan to develop the map to better capture the diversity of the arts ecology. At present it provides a relatively simplified picture, without much in terms of the nuances of what is a hugely heterogeneous field of activity.

They explain: “The map is obviously a very partial picture born of our own subjective knowledge. We’ve been lucky to receive a handful of suggested additions already, and we’d absolutely welcome more.” 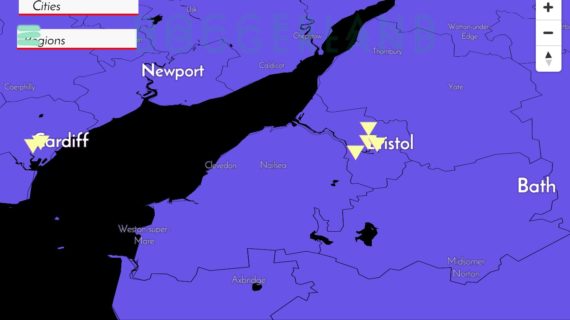 The map will soon take on more complex bodies of data to reflect some of this diversity of approaches, intentions and structures. “We hope to capture some of the transient nature of artist-led spaces. The map should develop its own history in time – much like Kevin Hunt’s a-n commission to produce an Artist-Led Hot 100 list back in 2013.

“Our conversation to develop Doggerland came off the back of that in some way, noting how quickly many of the spaces had already closed, or transmuted into something digital.”

This might also result in empty spaces being filled more quickly, resulting in more artist-led spaces and studios cropping up. For Prater and Playford-Greenwell this is something needed in every city, yet at the moment the necessary research is not supported. Doing so, they say, would help to mobilise alternative organising.

“Rather than relying on resources from over-worked, over-capacity institutions and studios, maps and other effective data visualisations can be very beneficial tools in aiding self-initiatives.” 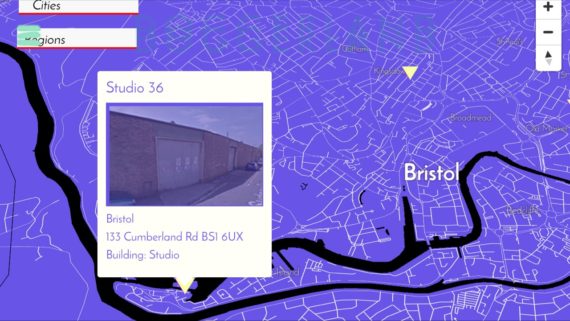 The pair are unsure whether the map reveals any particular trends. “What we’ve done is largely qualitative research, and we’ve often tried to resist broad generalisations through this. In a lot of respects the main trend for ourselves has been the incessant widening of the category of the ‘artist-led’ to include ever-more forms of independent activity.”

For Prater and Playford-Greenwell, the artist-led ecology in UK is key for emerging artists to realise their ideas in an exhibition format, bulk up their portfolio or CV, or offer slightly cheaper studio or living space for indeterminate periods of time. However, they say these feel like the least important arguments for the artist-led.

Crucially, many of these spaces are addressing more pertinent issues of gender, race, labour and politics, while also representing minority and marginalised voices. “They are freer to adapt and respond to hyper-shifts in society quicker than institutions, to experiment with their relation to capitalism, and to challenge canonised curatorial practice without compromise.”

Doggerland initially got its legs from a-n’s creative research bursary, enabling the group to travel to a number of cities and start developing the core of its work. This in turn helped open up conversations with artist-led practitioners.

The project currently has funding from Arts Council England, although more is needed. “Without glossing over the severe funding shortage within the arts, in terms of options and availability, most of our work, including the hours spent coding the map, go unpaid, and in our spare time.”