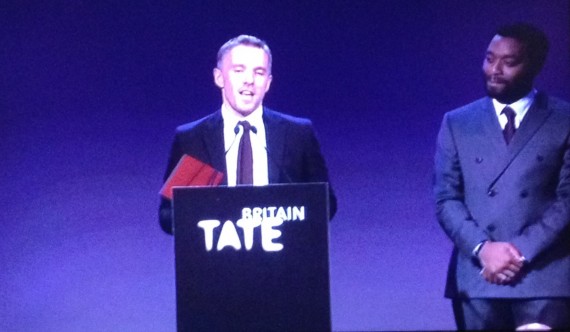 Glasgow-based filmmaker Duncan Campbell has been awarded this year’s Turner Prize. Speaking at the prize ceremony at Tate Britain, London, which is hosting this year’s shortlist exhibition, the Dublin-born artist described winning the £25,000 prize as “weird and very surreal”.

Accepting the prize from actor Chiwetel Ejiofor, who also has a Turner Prize connection having starred in former winner Steve McQueen’s film 12 Years a Slave, Campbell said: “This money will make a huge difference to me but beyond that even being nominated for the prize has given me great heart.”

Campbell was nominated for his contribution to the Scottish Pavilion at last year’s Venice Biennale. His 54-minute film entitled It For Others includes excerpts from a 1953 film by Chris Marker and Alain Resnais on colonialism and African art, and a new dance piece by Michael Clark, who Campbell thanked saying “I feel he is a huge part of me being here tonight”.

The Turner Prize is awarded annually to an artist under 50 living, working or born in Britain. Also shortlisted this year were Ciara Phillips, James Richards and Tris Vonna-Michell. This is the 30th anniversary of the prize which was first presented in 1984 to the painter Malcolm Morley. 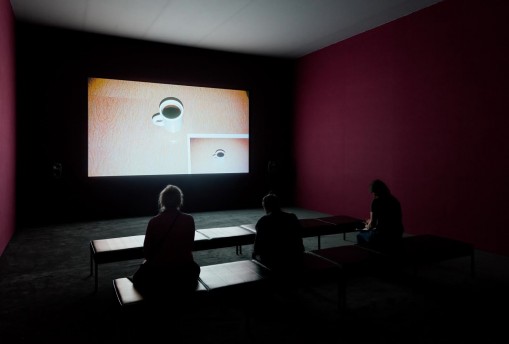