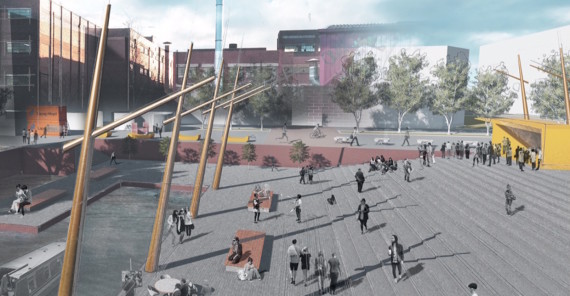 An ambitious new development with ‘making at its core’ is set to transform the currently derelict former Typhoo tea factory in Birmingham into a new artists’ hub.

The STEAMHouse partnership between artist-run Eastside Projects and Birmingham City University will provide workshops and making space, with equipment and staffing to support creative production and prototyping.

It is anticipated up to 10,000 jobs will be created in the process, helping to regenerate Birmingham’s long-neglected Digbeth area.

He adds that “unlike the hugely successful Tech City in Shoreditch… STEAMHouse will focus on how the creative arts – rather than science and technology alone – can lead the way in solving the problems facing small businesses”.

The government announced in the recent Budget that it will invest £14 million in the second phase of the project’s development, with phase one already awarded £500,000 by Arts Council England through its Creative Local Growth Fund.

Eastside Projects’ involvement dates back to 2014, when associate director Ruth Claxton, along with Sean O’Keeffe and Birmingham City University’s Alessandro Columbano and Mike Dring, proposed the Birmingham Production Space, a new public facility for the city.

Drawing on the ideas in the proposal, Eastside Projects has worked with Birmingham City University’s Cross Innovation and Business, Innovation and Enterprise teams to design the workshops and making spaces that form the heart of STEAMHouse phase 1 and 2.

Claxton believes that Birmingham’s history makes it an ideal city for the project. “Birmingham is built on creativity and industry,” she says.

“We think Birmingham is the perfect place to reimagine creative production for the 21st century and build infrastructure that not only supports artists to make work, but also demonstrates how they, and the arts and creative practice more broadly, are useful and able to support a city in many different ways.”

Dawn Ashman, director creative industries and Birmingham, Arts Council England, says the project is “a fantastic example of how the Arts Council’s funding can support individual artists to take an ambitious idea and make it a reality”.

She adds: “The £14 million investment announced for STEAMHouse by the Chancellor is a major vote of confidence for the project and the role of culture and creativity in driving economic growth.” 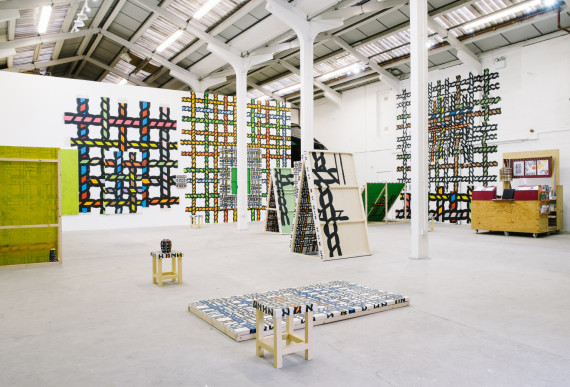 As part of its ongoing investigation of creative production and the role the gallery can play in “the forging of a new city”, for the next two years Eastside Projects will be running Production Show – a programme of commissions, exhibitions and events.

Claxton explains: “We are asking, what is the role of a creative production space in our city? [We’re] working with partners and industries ranging from silver-smithing and virtual reality technology through to housing.”

“These ways of working are a public acting out of our impulse to develop and support the making of culture in challenging times,” Claxton says. “It is an attempt to reclaim Birmingham as a city of production.”