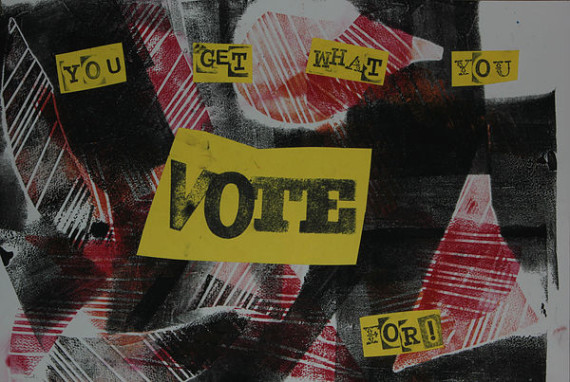 a-n and the AIR Council is inviting artists and the wider visual arts community to ask questions and share their views this week during The Great British Artists’ EU Referendum Debate.

The debate will take place on Twitter this Thursday 16 June from 1-3pm, using the hashtag #Euartsdebate.

Artists are invited to express opinions, ask questions, and share images, videos and links using the hashtag. Spokespeople from both sides of the debate have been invited to kick things off with their views for leave or remain.

The aim of the debate is to create an open and honest discussion, free from hate speech and respectful of a broad range of opinions, that digs up the complexities of the referendum and explores what it means for the visual arts.

Asking questions such as ‘Is the EU referendum debate a big turn-off?’ and ‘Are you fed up with unreliable claims on both sides?’, the discussion has been initiated by the AIR Council’s coordinating team.

AIR Council is a representative grouping of a-n artist members who act as an advisory board to a-n. It is coordinated by the AIR Secretariat – a role currently shared by artist and Paying Artists campaign team member Joseph Young and artist and a-n staff member Pippa Koszerek.

“I want to see an open and honest debate between my fellow artists and to listen to views that may be diametrically opposed to my own,” explains Young.

“The debate so far has focused on the economy and immigration, but what will happen to our culture in the event of a vote for Brexit?

Both Young and Koszerek are already involved in the EU referendum debate through Arts for EU and Talking Europe respectively.

Thursday’s #Euartsdebate will be moderated by a-n’s Richard Taylor from the @AIR_artists account, with Young and Koszerek participating in the debate from their personal accounts.

“We have invited a number of activists and artists on both sides of the argument to contribute their thoughts to get the ball rolling,” adds Young. “After that it will be over to you.”