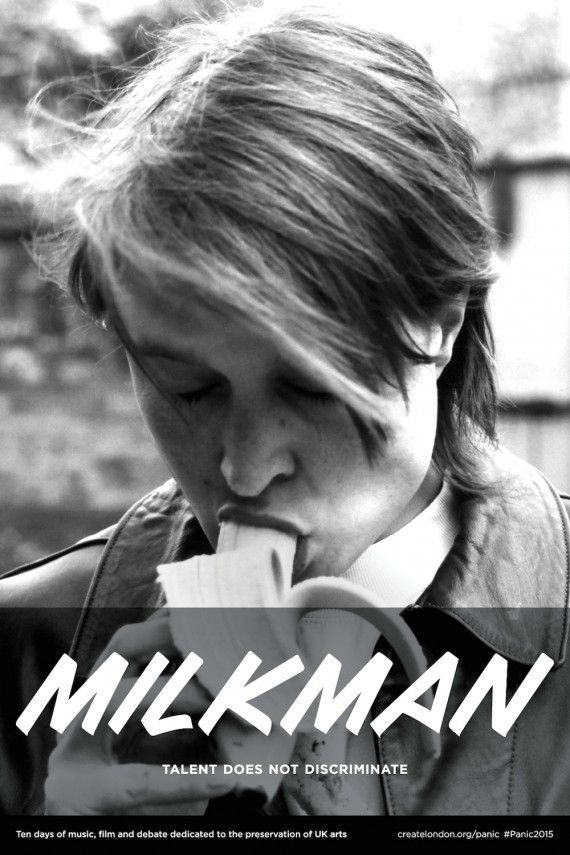 Artists Sarah Lucas and Grayson Perry, photographer David Bailey and actor Christopher Ecclestone are among the well-known faces featured in a new campaign that aims to highlight the need for more social mobility in the arts.

Conceived by the British art director Peter Saville – best known for his graphic design work for Factory Records – as part of Create‘s Panic! What Happened to Social Mobility in the Arts programme, the campaign features a variety of faces from the arts, film and TV. Each is captioned with the occupation of the main breadwinner in their family when growing up, plus the slogan: ‘Talent does not discriminate’.

The Panic! programme of music, film, art and debate – supported by The Barbican, Goldsmiths, The Guardian and British Art Show 8 –  begins on 26 November 2015 and continues to 5 December 2015. While the majority of the events take place in London, Create has also co-commissioned work by the artist Ahmet Ogut which is currently on show in Leeds Art Gallery as part of British Art Show 8.

Ogut’s work, Day After Debt (UK), addresses the rising cost of higher education in the UK. On 1 December, a debate at Roundhay Secondary School, Leeds will ask whether a career in the arts is at odds with being a member of mainstream society.

Other discussions during Panic! include ‘London’ on 2 December at the Professor Stuart Hall Building, Goldsmiths, which will ask if London’s reputation as a creative leader is over as the cost of living in the capital continues to grow.

For full details of the Panic! programme, visit www.createlondon.org/panic

Panic! – It’s a survey of the arts – Survey seeks to build a picture of social mobility and the backgrounds of those working in the arts