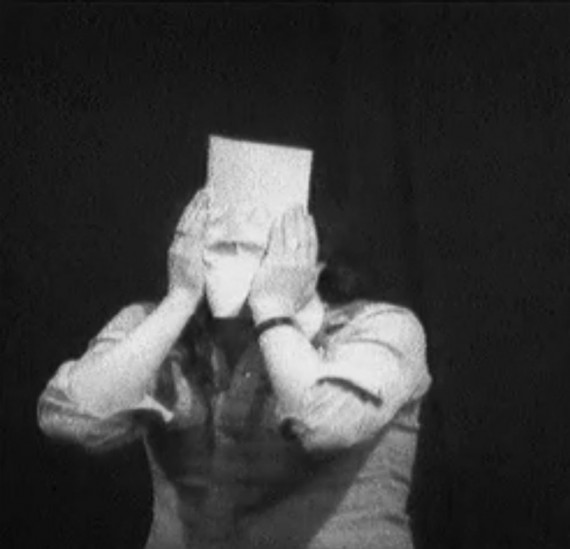 As interesting and enjoyable as it was, you’d think from Alan Yentob’s recent BBC documentary, Glasgow – The Grit and the Glamour, that nothing much happened in Scotland’s largest city before David Harding’s Environmental Art course and the many Turner Prize-winning artists it spawned. An exhibition at the city’s Centre for Contemporary Arts (CCA), however, offers a glimpse into an alternative narrative that begins a couple of decades earlier.

‘What We Have Done, What We Are About To Do’ marks the first public outing of archive material documenting the beginnings of CCA in the 1970s, then known as the Third Eye Centre. A major part of the show is a gallery space filled with eight monitors showing over 140 newly digitized black and white films, including footage of an Allen Ginsberg performance from 1973.

“There are the myths and then there’s what actually happened,” says Francis McKee, CCA’s director and Glasgow School of Art Research Fellow. “We were aware that there was a history that we couldn’t access – we didn’t even know who had shown here [at CCA/Third Eye], and it’s important to know your story.”

While there are various competing stories, or “legends” as McKee decribes them, about the genesis of the city’s contemporary art scene, the show, which stems from a joint Glasgow School of Art/CCA research project funded by the Arts and Humanities Research Council (AHRC), makes a case for the importance of the 1970s. Its particular focus is the activity leading up to and after the opening of the Third Eye Centre on Sauchiehall Street, in May 1975.

The Third Eye’s first director was Tom McGrath, who died two years ago. It was his video camera – a rare and precious piece of kit at the time – that was used to record the vast number of grainy films in the archive. It was passed around Glasgow’s art community and used to document performances, art projects, talks and office life at the Third Eye Centre. One film shows a number of unidentified staff folding posters as the Rolling Stones’ Exile On Main Street plays in the background.

As part of McKee’s attempt to index the archive, he has identified some of the people featured in the films. A number of these were present at Friday’s opening, including the Glasgow artists Ronald Forbes and John Kraska, and Alan Tall, who played guitar with Ginsberg.

Artist Ross Sinclair was also there, documenting the night on his own video camera. He is working on a parallel part of the research project which involves interviewing Glasgow artists from the 1990s onwards.

While the research, which goes under the title ‘The Glasgow Miracle: materials towards alternative histories’, is concerned with the past, the exhibition itself is more than just a museum show. One gallery space has been handed over to the Glasgow-based artists Prawn’s Pee (Rebecca Wilcox and Oliver Pitt), who have responded to the archive by inviting a series of artists and curators to show work.

In addition to the show, there will be a series of talks and discussions about the archive and its relationship with contemporary art in the city.

“At this point,” concedes McKee, “we still know almost nothing. If we’d finished the research project and knew everything, we could do a show that’s quite topped and tailed and edited and authoritative. But new information just keeps flooding in and it’s very much a work in progress. These are really raw materials – we’re showing everything in its very raw state.”

‘What We Have Done, What We Are About To Do’ continues at CCA, Glasgow, until 15 September. www.cca-glasgow.com