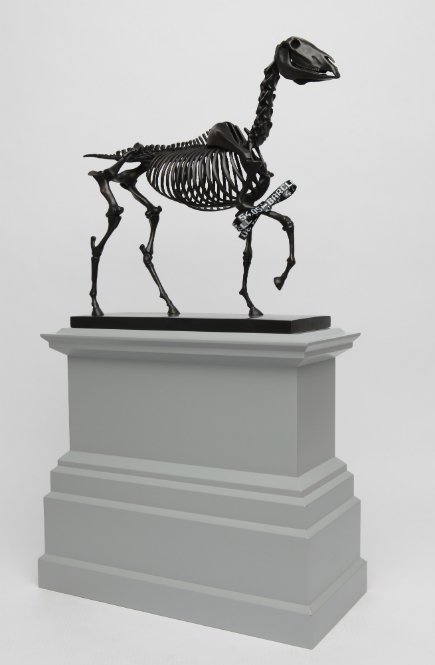 Hans Haacke and David Shrigley have been announced as the winning artists for the next two Fourth Plinth commissions in Trafalgar Square, London.

Haacke’s design Gift Horse depicts a skeletal, riderless horse and is described as a wry comment on the equestrian statue of William IV originally planned for the plinth. The horse, which is based on an etching by George Stubbs, will include an electronic ribbon tied to its front leg that will display live the ticker of the London Stock Exchange, creating a link between power, money and history.

Speaking about the work, New York-based German artist Haacke said: “I hope the other two horses in Trafalgar Square, the one carrying Charles I, strutting, and the other, with George IV on its back – rather stoic – accept the newcomer graciously and recognise that their temporary companion has a lot to talk about.” Gift Horse will be unveiled next year.

Shrigley’s proposal Really Good is a ten-metre-high hand giving a thumbs up that the artist hopes will become a self-fulfilling prophecy. Cast so that it has the same dark patina as the other statues in Trafalgar Square, the hand features a disproportionately long thumb that looks to throw positivity the way of things otherwise considered ‘bad’ – such as the economy, the weather and society.

The Glasgow-based, Turner Prize short-listed artist described the work as “slightly satirical but also serious at the same time”. Really Good will take up its place on the plinth in 2016.

Funded by the Mayor of London, the Fourth Plinth Programme invites ‘world class artists to make astonishing new works for the centre of the capital city’. Speaking about the project, Mayor Boris Johnson said the 10-strong commissioning group, that includes artists Jeremy Deller and Grayson Perry, had selected “two very different sculptures” that were “wryly enigmatic in their own way”.

He continued: “Our rolling programme of art continues to surprise, providing a contrast to its historic surroundings and giving Londoners and visitors alike another reason to visit Trafalgar Square.” 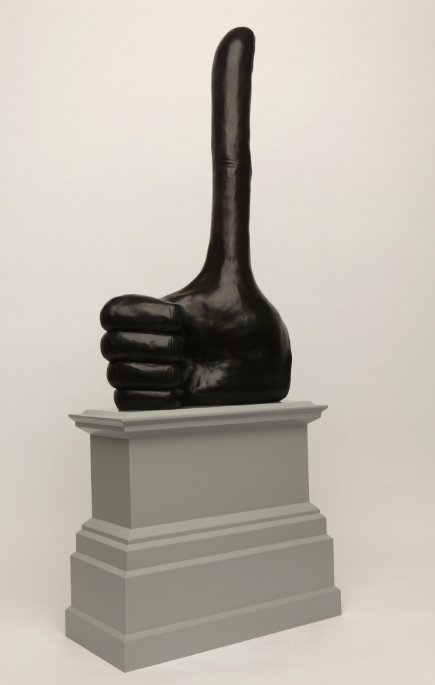