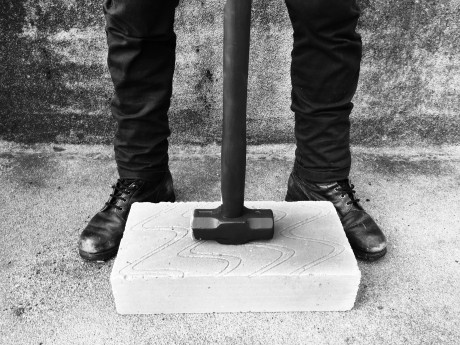 The full programme for AV Festival 2016 has been announced, with socialism and political alternatives taking centre stage at the biennial event.

Providing the thematic framework for the next two editions of the festival is George Orwell’s The Road to Wigan Pier, an account of working-class life amidst growing social injustice, poverty, unemployment and class division, first published almost 80 years ago.

Passages from the book include: “Meanwhile, what about Socialism? We are living in a world in which nobody is free, in which hardly anybody is secure, in which it is impossible to be honest and to remain alive.”

This year’s AV Festival is titled Meanwhile, what about Socialism? and presents work by artists and filmmakers who situate themselves in relation to historic political struggle, revolution and social movements, creating new forms of resistance to neoliberal capitalism.

A variety of solo exhibitions addressing the theme will take place in Newcastle and Gateshead, all within walking distance of one another. Venues include the Lit & Phil Library, The Mining Institute, BALTIC, Workplace Gallery, The Gallery at Tyneside Cinema, NewBridge Project Space, Gallery North and Vane. 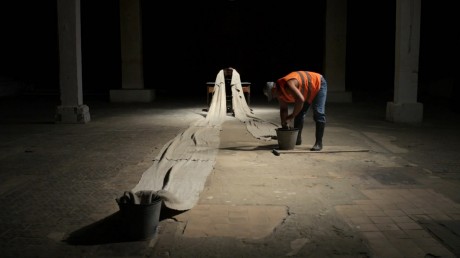 Highlights include Dan Perjovschi’s performative installation which takes the form of satirical newspaper cartoons, drawn with felt pen directly onto NewBridge’s gallery walls. Madhusudhanan will also be performing a drawing at BALTIC 39 that explores India’s history following the collapse of the Soviet Union in 1991.

Elsewhere, Haim Sokol’s work deals with issues of memory, history and trauma, in this case the absence of antisemitism from the official history of both Russia and Ukraine.

Also on show throughout the festival’s run is Resistance: British Documentary Film, a selection of films revealing legacies of the radical British tradition of political documentary.

The festival will close with a 24-hour performance on derelict industrial ground in Jarrow by Kris Canavan. The work explores futility, with the artist pounding the pavement in a repetitive onerous process, moving and crushing 200 concrete blocks.

Now in its seventh edition, AV Festival began in 2003 across Newcastle, Gateshead, Sunderland and Middlesbrough. Over the last 13 years it has addressed themes including the life sciences, broadcast, energy and slowness.

Test Dept miners’ film on tour: “A lot of that history was eradicated, erased”