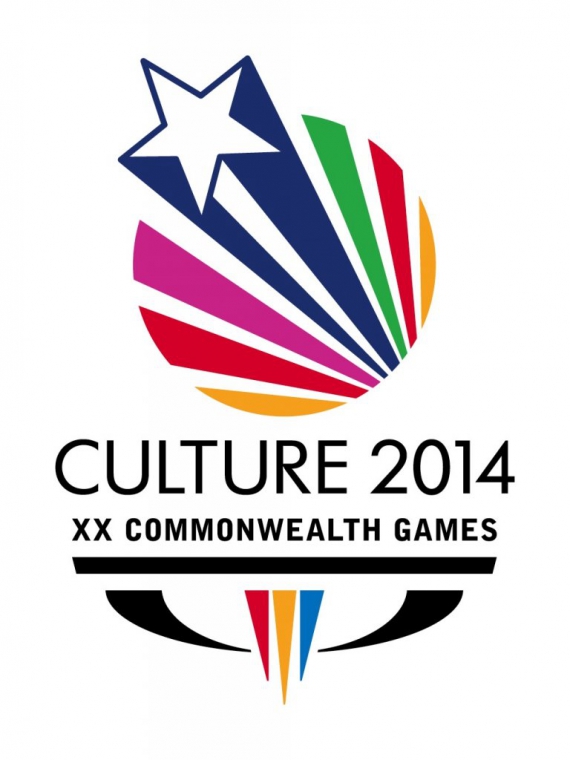 The visual arts features widely in the recently announced Glasgow 2014 Commonwealth Games cultural programme, starting with the brand identity for the year-long series of events. Designed by Glasgow artist Jim Lambie, the colourful logo references the city’s legendary east end gig venue, the Barrowland Ballroom, while also being reminiscent of the artist’s Zobop floor pieces in its use of line and colour.

Lambie, whose work often draws on popular culture and in particular music, said he was delighted to be asked to design the symbol, adding: “One of the most significant cultural contributions to Glasgow has been Glasgow Barrowlands. This became an important reference within the design process. Its iconic ‘shooting star’ emblem has been placed central within the cultural programme’s identity, while maintaining continuity with the overall image of the Games.”

The east end gallery, recently featured in a-n’s Signpost publication as part of Kevin Hunt’s artist-led Hot 100, will work with artists across the six Commonwealth territories. Under the title International Artist Initiated, a series of exhibitions, events and publications will be presented at the gallery and other venues throughout Glasgow’s east end during the Games next summer.

The cultural programme will also include a special outdoor screening of a new film by the artist Phil Collins. Commissioned by Glasgow gallery The Common Guild, the film will be accompanied by a specially commissioned live score and presented on the site of a former bandstand in Queen’s Park on the city’s Southside.

In the east end, Scottish artist Ruth Ewan, in collaboration with Create London and architects Assemble, will present a public artwork, Making the Most of Dalmarnock, which will take over a disused site near the newly built Sir Chris Hoy Velodrome and Emirates Arena.

Edinburgh is also joining in with Glasgow’s cultural celebrations. Collective Gallery is contributing to the programme with All Sided Games, a series of commissions placing artists in venues built or used for the 1970 and 1986 Commonwealth Games in Edinburgh, kicking off in October when Mitch Miller and Jacob Dahlgren will be working in and around Meadowbank Sports Centre. In 2014, Collective will go west to present projects in Glasgow’s Commonwealth Games venues.

“Culture 2014 and Festival 2014 are going to be incredible,” said Janet Archer, Chief Executive of Creative Scotland. “World leading artists and local communities will work together in a wide range of different places. Work will be cutting edge, insightful, fun, spectacular and intimate. It will challenge and delight.”