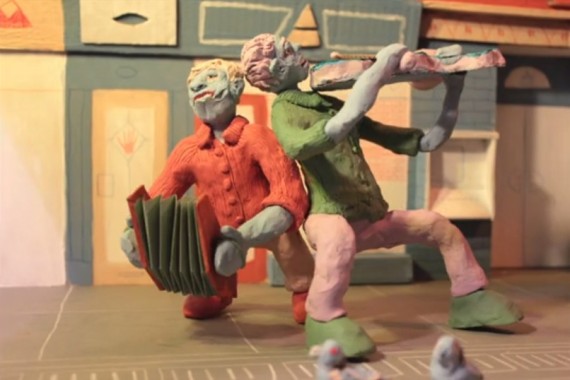 Glasgow’s Open House Art Festival has released a short animation as part of its open call to artists. It is encouraging submissions for next year’s festival, which will take place from 1-4 May 2015.

The artist-led event, which launched in April this year and included the work of 80 artists across 32 venues, sees many artists exhibiting work in their homes across the city, as well as other domestic spaces.

“Many of Glasgow’s artists live in tenements,” the festival’s organisers explain. “These tenements make up a large proportion of participating venues, with artists’ exhibiting/performing in their front rooms, bathrooms, basements and garden sheds.”

Following a successful inaugural festival, for the 2015 edition of the festival proposals are also welcome for artworks and events that will take place in disused buildings or underused and ignored public spaces in the city.

It is hoped that next year’s event will feature an expanded programme and include music, performance, artist workshops and outreach projects, in addition to artist-organised exhibitions. There will also be a series of performative ‘art walks’.

Proposals are welcomed from all artists, whether based in Glasgow or outside the city, but all venues need to be sourced by the submitting artist. The deadline is 18 December 2014.

To apply to take part in next year’s festival go to Jobs and opps. More information at facebook.com/glasgowopenhouse and glasgowopenhouseblog.wordpress.com