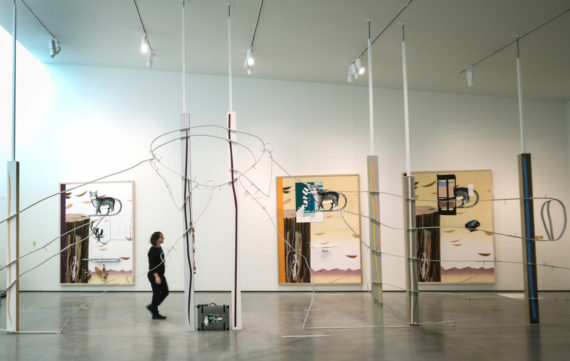 The winner of the first edition of the Hepworth Prize for Sculpture has been announced as Helen Marten. She was awarded the £30,000 prize at an award ceremony at The Hepworth Wakefield last night.

The London-based artist, who is shortlisted for the 2016 Turner Prize, exhibited at the 2015 Venice Biennale. Born in 1985 in Macclesfield, she studied at the Ruskin School of Fine Art, University of London and at Central Saint Martins in London.

Speaking on Radio Four’s Front Row, Marten said that she would like to share the prize money between all the shortlisted artists, adding that “the hierarchical position of art prizes today is to a certain extent flawed”.

BBC online also reports that, talking to BBC Radio 5 reporter Colin Paterson after receiving the award, she said: “We should not be asserting a hierarchy in saying, this person is a winner above and beyond anybody else.”

She continued: “The context of the world’s political landscape is changing so drastically. Amidst that, the art world has a responsibility to uphold an umbrella of egalitarianism and democracy and openness.”

The new biennial prize recognises a British or UK-based artist of any age, and at any stage in their career, who has made a significant contribution to the development of contemporary sculpture. 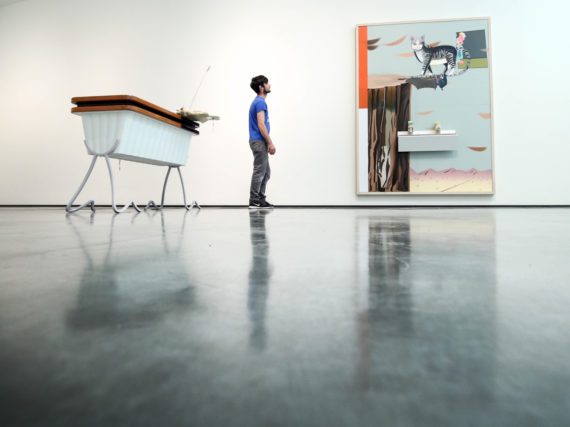 Simon Wallis, director of The Hepworth Wakefield and chair of the judging panel said: “Helen Marten is one of the strongest and most singular voices working in British art today. Her refined craft and intellectual precision address our relationship to objects and materials in a digital age.

“We believe that Marten is a fitting winner of the inaugural Hepworth Prize for Sculpture, which celebrates the legacy of one of Britain’s finest sculptors.”

Marten was chosen from a shortlist of four artists that also included Phyllida Barlow, Steven Claydon and David Medalla. She was the youngest of the nominees.

An exhibition of the four shortlisted artists’ work continues at The Hepworth Wakefield until 19 February 2017. www.hepworthwakefield.org