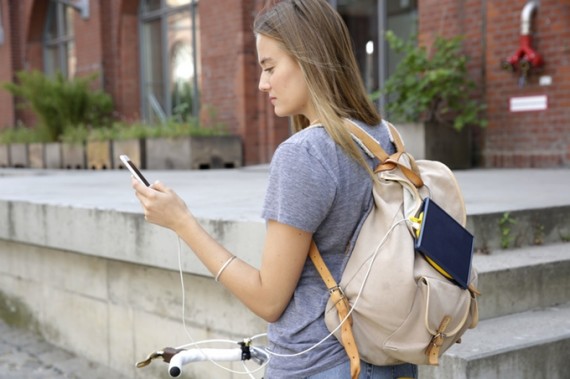 Should art be useful? For Danish-Icelandic artist Olafur Eliasson the answer is clearly ‘Yes’, and Little Sun – described as a ‘global solar art project’ – shows how an artistic obsession can be used to create practical solutions.

Best known for his 2003 Tate Modern Turbine Hall commission, The Weather Project, which bathed the vast space in orange light from a glowing ‘sun’, Eliasson launched the Little Sun project three years ago with a solar-powered light designed with the help of engineer Frederik Ottesen.

Now the pair have launched a Kickstarter campaign to raise funds for Little Sun Charge, the project’s latest initiative.

A handheld solar phone charger and light – “A work of art that works in life, a great solar energy product and a social business in one,” says Eliasson – its makers claim that it can provide a full smartphone charge from five hours of sunshine.

“I really think that making art is about touching the world,” says Eliasson in a video on Kickstarter (below), “so we develop solar projects that also touch the world.”

Eliasson adds that the Little Sun Charge is “bringing art, design, and solar energy together in a very practical way to address a very real need and get a great solar project out into the world.”

Eliasson sees the charger as particularly important for communities that don’t have access to mains electricity, and to this end Little Sun has been working extensively in Africa.

“In Ethiopia we have seen first hand the essential need for quality phone chargers in communities off-grid,” he says, “so we are developing it for our friends there as well as for our other partners in 12 countries across Africa… Wherever you go with this, you are set free from the grid.”

With an initial target of 50,000 euros, the Kickstarter has already raised nearly three times that amount with 28 days still to go. Over 1200 backers have pledged from two to 7000 euros.