Hotel Elephant: “A spring board for artists in Elephant and Castle” - a-n The Artists Information Company 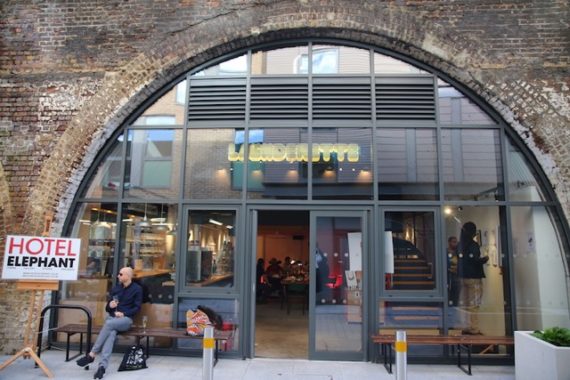 Located on a newly created road called Spare Street (which the Hotel Elephant team helped name) and underneath five renovated railway arches, the 8,750sqft site will house workspace for recent graduates through both co-working and individual spaces. In addition, two high-end enterprise spaces will open later this year, aimed at businesses.

Hotel Elephant also offers hot desk space for local micro-businesses, charging as little as £10 a day or £40 for five days. There’s also a cafe and patisserie open six days a week (Monday to Saturday) with plans afoot to open evenings.

Emily Woodhouse, artist and co-director of Hotel Elephant, says the aim is to establish Spare Street as a destination that celebrates and encourages creative enterprise and artistic production in Southwark.

“Naming a brand new street quite literally puts it on the map. It was ‘uncovered’ during the new student housing development next door as the arches were inside a warehouse. The concept of this being a new street was a great tool for developing our ambitions.”

Woodhouse explains that the street is named after Austin Osman Spare, a local Edwardian portrait artist. “He was born in 1886 and lived in and around the area for most of his life, exhibiting works locally in pubs including the Temple Bar in Walworth and the Mansion House Tavern in Kennington, as well as in galleries. It is great to reference this local history.” 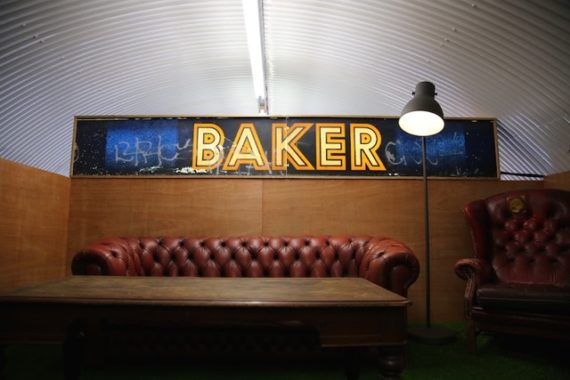 On entering the space one of the first things you notice is how light it is. For a development that takes up five pretty ancient railway arches this is no mean feat. With light entering the space from just one side, there is a danger that the furthest studios feel dark and claustrophobic. But by separating each individual studio by transparent perspex, light seeps through the whole space.

“We were really keen to emphasise the communal spirit of the space,” says Woodhouse. “There are individual studios but we didn’t want there to be a feeling of isolation. So by using the perspex and also installing moveable partition walls, artists have a secure space that also feels open and is flexible.” 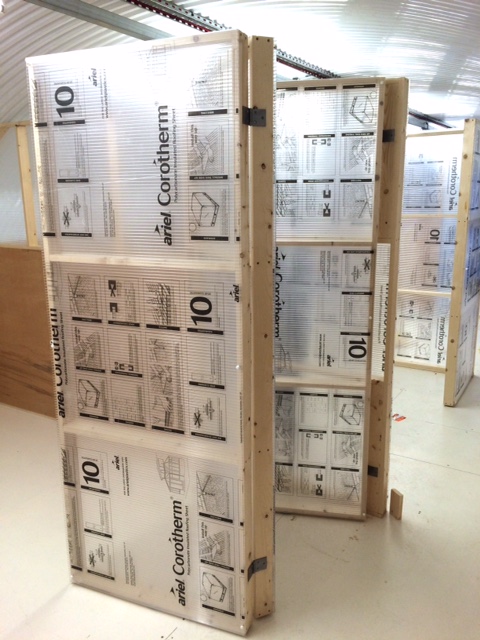 Even though a number of studios are still being constructed, the space already feels vibrant and full of energy. The cafe and hot desk space is up and running, complete with high speed wifi. In the gallery space various pieces of work from Hotel Elephant artists are on display, along with a number of signs from historic local businesses including bakers and a laundrette. Add to that the noise and rumble of overhead trains and there is certainly a sense of ‘full steam ahead’.

“We’ve had a lot of applications for the spaces already and will be selecting artists shortly. Although the studios are aimed at recent graduates, we feel this can be quite a broad descriptor. One of the key things we are looking for is how they will contribute to our overall activities.” 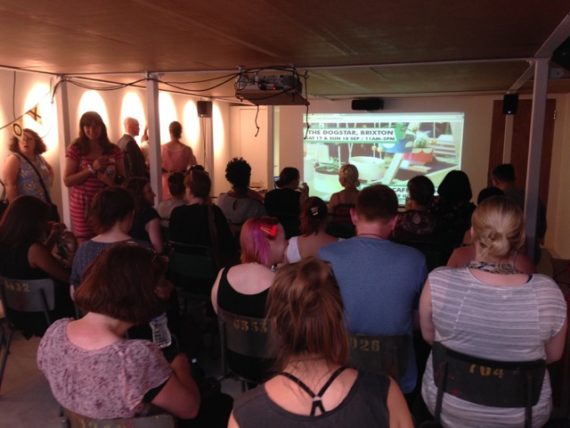 For Woodhouse, the most important aspect of the current set up is its stability. Since the not-for-profit company was established in 2009 by artist Reuben Powell it has regularly been forced to move spaces, with previous locations including a disused former doctor’s surgery on the Heygate Estate and a spot on the nearby Newington Causeway. Now Hotel Elephant finally has a permanent home.

Funding from Southwark Council’s Arts and Culture grant fund will pay for a Creative Enterprise Program of talks, networking events, skills workshops and mentoring sessions. In addition, capital funding from the Major of London’s Regeneration Fund will be used to fit out all five arches, eventually resulting in workspace for 80-100 emerging artists and creative entrepreneurs.

“It is a massive relief,” explains Woodhouse. “We are very fortunate in that it gives us a stability that we haven’t really had before. We’ve moved to a few spaces around Elephant and Castle, basically around the roundabout, and have been dependent on planning developments. To have a long-term home is fantastic.” 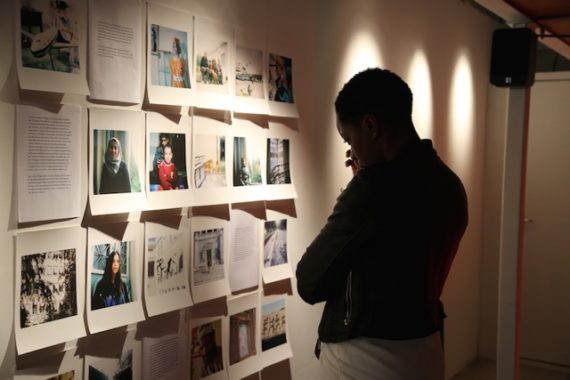 Woodhouse hopes this will only strengthen relationships with the local community. “The cafe is a great place for the local community to engage with the wealth of creative talent in the area. This will include our first exhibition – a show by artist Amy Pennington – opening in late September.”

In addition, each arch will act as a ‘shop front’ for the artists housed within, meaning they can permanently show off their work in the windows. “We hope this will act as a spring board for more space in Elephant and Castle to be dedicated to the cultural sector.”

For more information and to make an application to Hotel Elephant visit www.hotelelephant.co.uk

Amy Pennington’s Assuming Too Much is at Hotel Elephant, 30 September – 14 October 2016