The commute to the studio is quite pleasant (though I am aware of its environmental impact) and it seems to be becoming shorter. Obviously it is the same length, it is just that it is becoming familiar. I wonder […]

Friday afternoon and I thought that I would be on my way home, if not already home by now. However it is so nice being at the new studio – especially now that the walls are painted and floor […]

Almost exactly as I made that last post I got a message letting me know that there are two studios still available at the Hospital and that I was very welcome to come look at them! I read the mail […]

Writing the application for a two-year artist’s award – fantastic that such things exist here in Sweden – was a great process. Needless to say if I get it I will be over the moon. My proposal is for tailor-made […]

There is something very appealing about the idea of having my own studio. I mean a studio that I do not share with someone. It would be great to have a creative space where I don’t have to think about […]

It’s been an enjoyable and productive week at the studio. I had a day-in lieu and that in combination with Easter Monday meant that I was only in the office for a half day on Wednesday morning. If only every […] 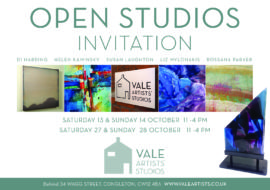 Set up in 2007 by artists’ studio providers to establish links between studios, the membership body had been operated on a voluntary basis since 2012 when it lost its Arts Council England funding. 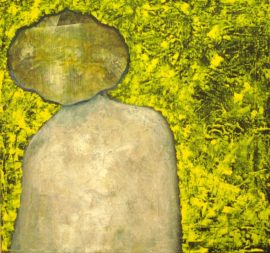