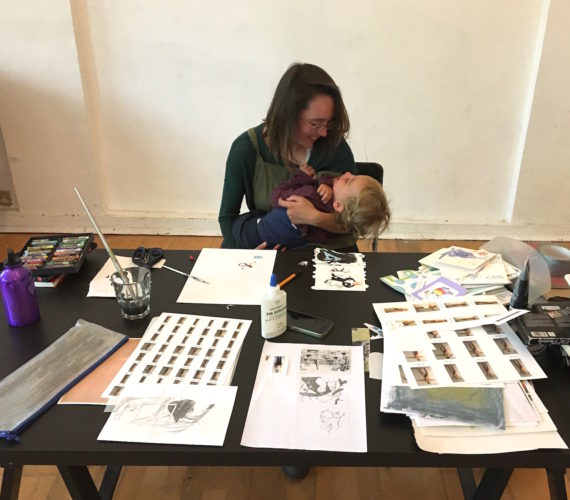 “These women were craving a space free of judgment, a space of creation, a space where they could make art, but where they didn’t have to leave their children in someone else’s care.”

Dyana Gravina, artist and founder of the social enterprise ProCreate, is discussing Mother House. First piloted in 2016, it offers affordable studio space with integrated childcare for women artists. Rejecting the common perception that professional lives and childcare need to exist in siloes, the initiative rests on the principle that creativity can flourish when artists work nearby their children.

Pilot schemes of Mother House have successfully taken place in central London and Stroud, with another beginning in Manchester later this year. Previous Mother House residents have gone on to publish their first novel, perform at LADA and exhibit their work across numerous galleries.

The latest iteration of Mother House will be delivered in partnership with Create London at their White House space in Barking and Dagenham. The project, which launched on 15 January, will initially be open to artists for a three-month period. If there is enough take up from mothers living in the borough Mother House will continue in the building.

A mother herself, Gravina is familiar with the practical and psychological obstacles that women artists can face after having children. Among these, she cites the prohibitive cost of childcare, feeling isolated at home, or simply not wanting to leave their children while they work. 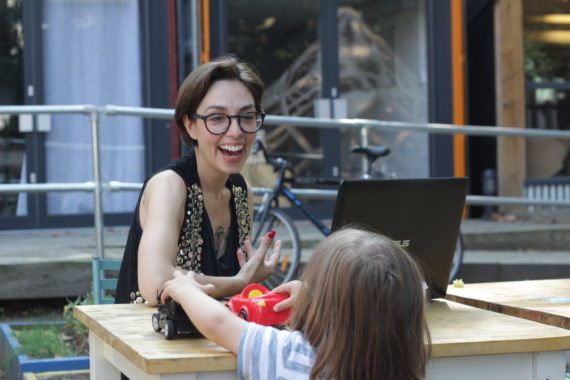 The prevailing issue, she says, is that too often “society expects women to go back to their pre-children life”. By structuring the project around the artists’ altered priorities, Mother House seeks to alleviate, rather than exacerbate, these challenges.

Similarly, Create London facilitates opportunities for artistic development and engagement centred around a community’s lived experiences and needs. The organisation began its 25-year lease on The White House, an ex-farmhouse situated on The Becontree Estate, in August 2016. The length of the tenure means that they can gradually build a programme of artist residencies, professional development and public engagement responsive to the locality.

Mother House is a pertinent addition to this evolving support. As well as the borough’s high levels of deprivation and low engagement with arts and culture, Barking and Dagenham has the highest percentages of lone parent households in England and Wales.

“We don’t see this as a problem, but it does bring its own issues,” says Scott Burrell, head of programme at Create London. “It’s hard enough to become an artist in London. It’s even harder if you’re on a low income. It’s harder still if you have childcare, and then how do you afford a studio?”

Local artist and single mother Christina Ford highlighted some of these challenges during her residency at The White House last year. She worked with single parents and Gingerbread, a charity supporting lone parent families, to create verbatim play, Another Single Mother. “After Christina’s residency, we were approached by Dyana, who seemed to be working towards a solution,” says Burrell. 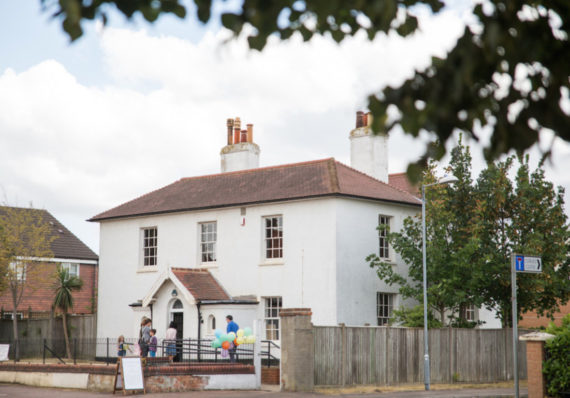 Mother House at The White House will be open three days a week. Priority will be given to local artists to access the provision. Rates are between £30 and £35 a day, which Gravina claims is significantly more affordable than the average combined cost of £200 per day for studio and childcare provision.

Mother House is not only designed to lighten the very real financial burdens associated with childcare; it also aims to celebrate the impact that becoming a mother can have on an artist’s practice.

Artist and single parent Mary Martins won last year’s ProCreate’s Mother Art Prize with her animation The Divide. Last year, Martins declined a place to study at the Royal College of Art due to financial challenges and limitations around childcare. The prize includes a one-month residency at the White House. For her, this provides the means to reinvigorate her practice.

“Mother House has come at a very crucial stage on my creative journey, eliminating the feeling of being hindered by the lack of studio space and suitable childcare. Through the residency, I hope to learn more about myself as an artist and my ever-evolving creative identity.

“I’ve come to realise that there isn’t a visible point where your motherhood ends and your work as an artist begins. The two run parallel and Mother House reinforces this notion.”

Martins is also looking forward to having her child present during this process. “I have always tried to involve my son with my practice. Mother House will be a new experience for him, which is significant as this may be one of his earliest childhood memories.” 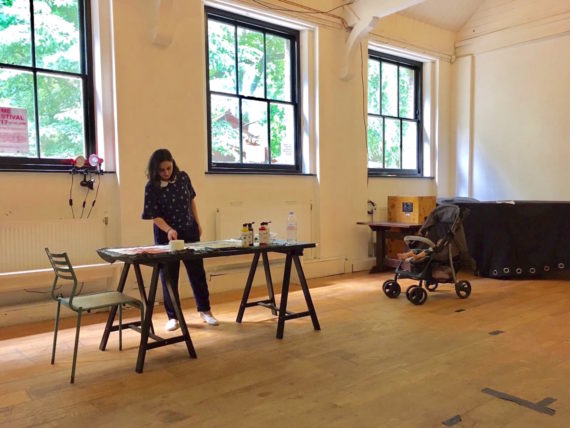 The Mother House model comprises a communal working space for artists, with an adjoining area for their children. Educators and trained volunteers lead play and creative learning activities with the children, who are able to access their mother in the working space whenever they want or need to.

Far from being a distraction or a compromise, Gravina insists that the proximity of their children means that artists often feel more able to engage with their work. “Mother House is not about making art with the help of your children. It’s a professional artist studio, just in a different setting.

“Being in a place where you feel understood, where you see your children happy, creates positive energy that feeds your artistic practice, even if you’re not making work about that subject.”

As it grows, Mother House continues to tackle some of the limiting structures and assumptions that women artists with children face. Both Gravina and Burrell believe this is vital if the sector is to reflect and nurture artists with a broader spectrum of personal and professional needs.

“Not everyone feels like they have the right to say they’re an artist, especially if they’re from low income or working-class backgrounds,” says Burrell. “We want to support the development of a cultural infrastructure which comes from the community itself.”

Says Gravina: “Mother House is a women-only space. This is not about discrimination. It’s not perpetuating the idea that women are the only carers. It’s about creating equal opportunities for women in the arts.” 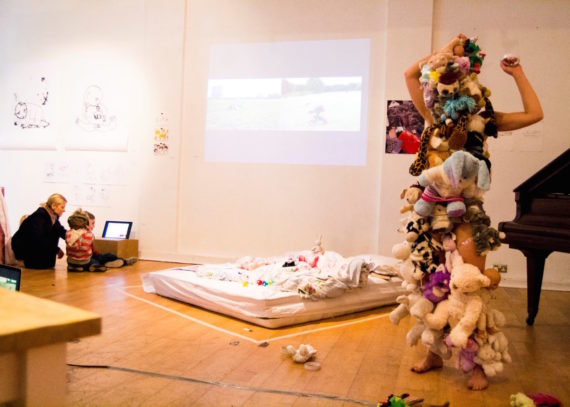