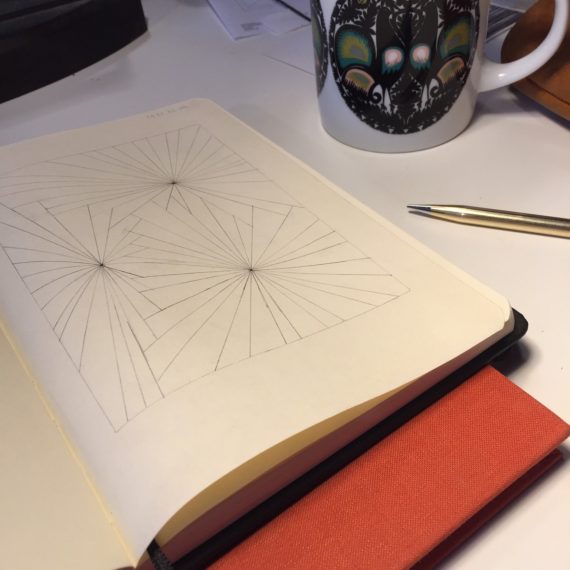 I have made the first move in finding out about studios in Uppsala. This is a big thing for me, I can be stupidly loyal at times and even enquiring about the upcoming studios makes me feel as though I am betraying, for the most, Klas but also the other artists at the studio here as well as Enköping in general. I guess that this is what people refer to as having divided loyalties: eventually a choice has to be made.

I am jumping the gun somewhat as all I that I’ve done is expressed an interest in finding out more about a new tranche of studios (19 in total) that are going to be launched at the existing Hospital Studio Association. Even doing so little as that has awakened a whole raft of emotions and questions … perhaps emotional questions. The most fundamental of which is: what do I do if I find a studio in Uppsala that I like?

I had been thinking about asking about the studio waiting list at the Hospital, and last in Tierp met up with Maria Nöremark – a great artist who has shown with Glitter Ball and who has her studio at the Hospital – so I asked her. ’Perfect timing!’ she said and went on to say that they were about to announce the new studios and that I should keep an eye on their Instagram posts. I had been expecting a quite different response – one of those were someone that you like but don’t really know has to deliver less than positive news. I thought she would tell me that there is a long waiting list and that the future looks very uncertain as the council has found a buyer for the entire old hospital site. (There has been a lot of backwarding and forwarding about possible developments on the site since before the studios opened there. The studios occupy a tiny fraction of the predominantly vacant premises.). But no! On the contrary the studios are expanding and actively looking for artists to join them!
I am waiting to hear back from the studio coordinator – again an artist whom I know to say hello to. In fact I know several artists who have their studios at the Hospital. And in part it is that that makes the prospect of a studio there rather attractive.

Also this week Klas, Ida and I (the steering committee at our studios in Enköping) had a not completely negative (!) meeting with the head of arts and culture, and the head of community projects at Enköping council. We (Klas, Ida and I ) are trying to get some long-term and structural support so that we can develop the studios that we have. The head of arts and culture, who is my manager when I work at the council, is very keen, her colleague more sceptical. This is unfortunate as it is the colleague who controls the purse strings. However she listened to us and didn’t dismiss the idea immediately which we took as a good sign.

And so I find myself taking tentative steps in different directions at the same time.

Of course it is so much more ’just’ the studio at play. As I have mentioned (several times) before Enköping has its advantages – the studio, the gym, work, and the supermarket are all less than a ten minutes cycle way from my spacious apartment. The disadvantages are considerable however – most (de)pressing is the severely limited cultural life and social life that I have here. Becoming more involved in the Uppsala Artists’ Club has made me very aware that I don’t spend time enough with artists. Both Klas and Ida have young families so we only see each other at the studio. I know that some young(er) artists have moved here from Stockholm in recent years, they seem to do it so that they can afford to start families. The cinema shows mostly family or action films, and the few regional touring theatre shows that I have seen here would not be my first choice. I do like knowing a few people to say hello to in the supermarket – mostly other members of the gym but is that enough?

The thought of moving fills me with dread. In the five years that I have been here I have more than adequately furnished and filled both my studio and my apartment. I probably, almost certainly, have more ’stuff’ now than I did when I lived in London. Of course not everything has to move with me – though already having been through one big move I know a little too much of what it entails. And I haven’t even gotten around to decorating this apartment! I promised myself that I wouldn’t repeat what I did in Crystal Palace – decorate to sell – but it might come to that!

My tendency to over-think things is racing ahead. I have to remind myself that I haven’t even spoken with the studio coordinator. I might not like the studios on offer … I don’t even know when they will be available!

The idea of living in Uppsala is exciting, I have to acknowledge that. I do miss the opportunities that the city offers. I owe it to myself to investigate the possibilities of moving to one, and Uppsala would be the obvious choice. I told myself previously that I wouldn’t move again without good reason – I am too old to start over from scratch – a nice studio, an artistic community, an active and contemporary cultural environment sound like three very good reasons.

Let’s see if there’s a studio with my name on it!