I will play catch-up later, now I need to say that I have just done -something scarily exciting – I have invited an artist to do the first show at the gallery/project space that I am going to be running!

On Saturday 1 September Fredrik Nielsen – ”poster boy of cool rebellion, rocking an attitude that makes Swedish contemporary glass beat with a pulse”* – will open at Glitter Ball!  Nothing like setting oneself a challenge!

So over the coming five weeks I will create a showing space out of a rather shabby corridor in our new studio building, simultaneously organising and promoting the show for Fredrik – a well known and respected artist whom I was lucky enough to meet on my Project Year at the Royal College here (2014).  I am truly delighted that he accepted – it’s going to be great!

The idea of having my own ’artist-run space’ has been floating about for a while now – I remember speaking with Fredrik about it at Supermarket art fair in early 2017.  At that time I wondered about opening up my home, well living room, as a showroom. I had been inspired by meeting the wonderful and inspiring Jasmin Glaab who runs kunsthallekleinbasel.  However I realised that Enköping is not Basel, nor does Sweden have a culture of inviting strangers into one’s home- so potential for ’audience development’ was going to be struck two immediate and severe blows, let alone the potential risk of being seen to run a business illegally from a lease-hold residence (a big no-no in Sweden).  The space at the studio is a far better option.

Not only is it in the town centre, it is less than two minutes away from Enköpings public gallery which has a very good reputation and attracts people from neighboring towns and cities as well as locals and even international visitors.  Furthermore my studio is right next door (it is literally the other side of doors at the end of the space) so I can easily ’open by appointment’. 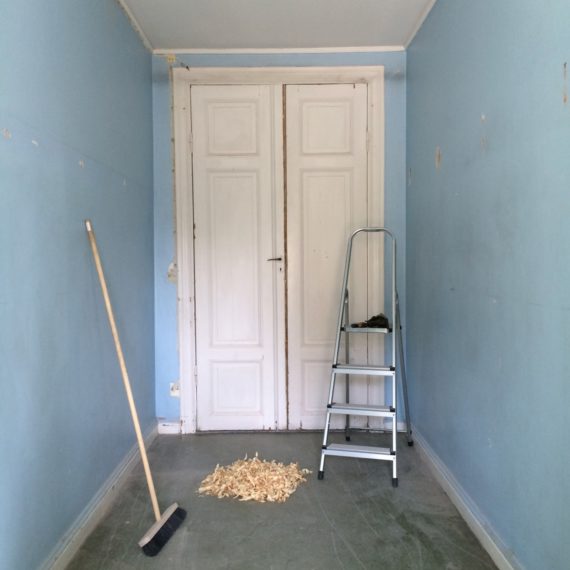 I am looking forward to getting in touch with many of the artists who have invited me to show with them, and finally being able to offer them a modest opportunity to do the same.  Whilst fitting out and painting, and organising and promoting, I also need to be arranging a programme for both this autumn and spring 2019!