A quick synopsis of what has been keeping me busy in May:

When put like that it does not seem so much however I found myself constantly busy and with no time for making any reflections or thoughts sufficiently comprehensible for a post.  A period of doing rather than thinking – that is not to say that I was not thinking while I was doing, the activities listed above required a fair bit of thinking in one way or another, it is more that the thinking was actioned rather than transcribed!

In my diary there are key words or concepts for possible blog posts: 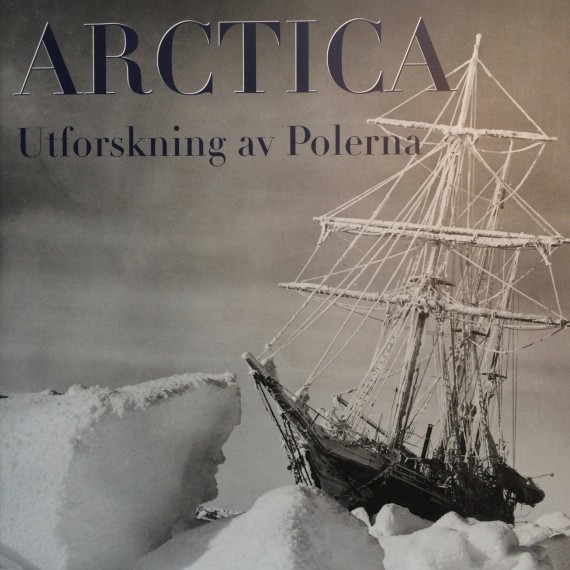 In preparation for the studio visit I laid some heavy books on large photographic prints that had been rolled up for a few years.  Perhaps it was not the best way to flatten them … however the title of one book in particular caught my eye: Arctica; Utforskning av Polerna, which translates as Arctica; Exploration of the Poles.  What struck me in the swedish title was the similarity of the word ‘utforskning’ (exploration) to ‘forskning’ (research).  If I was a cartoon character that was the moment when the light bulb would have flashed above my head!  What I am fascinated by is ‘utforskning’ (exploration) rather than ‘forskning’ (research)! What I long to be doing is ‘konstnärlig utforskning‘ (artistic exploration) rather than ‘konstnärlig forskning’ (artistic research).  In my mind exploration is active, dynamic, adventurous, physical, open ended, romantic, demanding, passionate, it is about unchartered waters, it is about gut-feelings, it is swashbuckling!  How much more attractive it sounds to ‘explore the oceans’ than to ‘research the oceans’!  It might just be semantics but it is hard to describe the sudden rush of enthusiasm that I felt when I fell upon that word!

Interestingly if I take ‘utforskning’ to be a compound of ‘ut’ and ‘forskning’ then things become even more exciting. As I have already said ‘forskning’ translates as ‘research’, ‘ut’ though translates as both ‘out’ and ‘all over’.  Which suggests to me not only a breadth and depth of activity but also a generous all encompassingness.  I want to go back to the art schools and propose programmes of artistic exploration in place of artistic research.  Having struggled with it myself I can imagine that other artists will also find the idea of “communicating their explorations” much more fun than “communicating their research” – suddenly many of those methodologies and concepts from the sciences seem clearly inappropriate and irrelevant rather than aspirational.

Have I been dumb in my wrestling with term ‘gay art’ or has the hash-tag changed everything?  When I wrote my first dissertation, which admittedly was in 89/90, it seemed to me that ‘gay art’ was for the most part concerned with little more than 1- male nudes, 2- obvious textual/graphic reference to male/male sex , or 3- a combination of 1 and 2.  Over subsequent years I learned that Emmanuel Cooper’s The Sexual Perspective: Homosexuality and Art in the Last 100 years in the West was not the exhaustive compendium that the title claimed it to be.  The beautifully poetic, political, and personal work of Felix Gonzales-Torres showed me that there were other ways of being/ways of seeing.  Yet still I was not comfortable with either my work being called ‘gay art’ nor myself being a ‘gay artist’.  Nowadays, when I remember to, I tag Instagram images of my work with ‘#gayart’ both as a way to broaden the range of images with that tag and to stake my place in what should really be a redundant canon.  My reasons are both political and personal.  What interests and delights me is the number of ‘likes’ I receive from strangers who I assume come across my posts while searching for ‘#gayart’.

Again the Swedish language is giving me insights in to how I think and do things.  I am very fond of imagining, and running with, connections between Swedish and English that are helpful to me and may not be founded on any linguistic or lexical truth.  One morning as I was cycling home from the gym it occurred to me that Swedes use the verb ‘driva’ to describe the activity of having a company.  ‘Driva’, in common with most Swedish words can be translated in slightly different ways depending on the contexts in which it is used, my online dictionary offers the following translations: drive, carry on, operate, run.  As I have mentioned in previous posts I am not ‘self employed’ here as the concept does not exist, I have my own company – or more accurately I “drive my own company”.  I chose the English word ‘drive’ simple because it sounds (and looks) most similar to the Swedish ‘driv’.  And then I began to wonder if I really am ‘driving’ my own company/practice.  I mean am I really actively, purposefully, consciously ‘driving’ (in all senses of the English word) my practice?  After a moments reflection I concluded that I am not!  At least not at the moment, I am maintaining things but not driving them.

I want things to move forward – this is more likely to happen if I drive!  And it is good for me to remember that I have to work my way up through the gears (if you will pardon me continuing with the metaphor) before I reach a point at which I can happily cruise along in the fast lane! 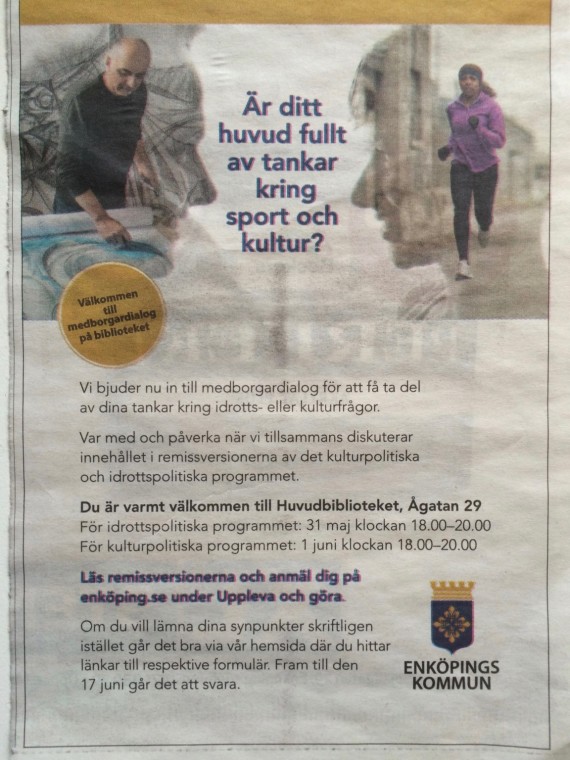 My search for a studio continues.  I keep stumbling on the same problem – spaces are either too large (vacant industrial units more than several hundred square meters) or too expensive (vacant retail and office units that are two or three times more than I can afford).  I have not found anyone interested in taking on a larger space with me – to be honest it would take at least eight or nine artists sharing to make even the smallest ‘attractive’ potential studios viable.  I am going to raise the question of studio provision at next week’s cultural policy programme meeting.  The council wants to establish the town as a centre for culture, I am concerned that they are not addressing basic questions regarding the infra-structures necessary for making this firstly achievable and secondly sustainable.  I am going to propose that the council takes the bold move of leasing one of the larger industrial premises and subletting rooms/studios to artists, craftspeople, photographers, designers, as a concrete way of enabling creative culture to flourish.