There is a wonderful sense of calm about things.

It feels as though everythng has happened the way that it should have.

I think I understand what ‘at peace’ means.

John died the way he wanted – quickly, with me and at home.

We’d had a lovely lazy sunday together. After John had been showered and dressed by his carers we had breakfast listening to the Arches omnibus. John usually then dozes through Desert Island Discs but this week he stayed awake. We were still in the kitchen while we laughed at I’m Sorry I Haven’t A Clue (and wondered how Humph gets those monologues out!).

In the afternoon we watched a dvd that Shaun and John had started on Saturday (Shaun is John’s ex and has been a great friend through out his illness). John was very patient with me and spelt out some plot lines that were apparent with his second viewing! The evening was of course the Strictly dance off (John followed the show avidly, and tolerated my snide swipes at it), followed by dinner and Cranford – which be both love.

John went to bed and had a good night.

At about seven on Monday morning Dawn (John’s night carer) knocked on the living room door and said that John needed me.

John was sitting up in bed and I could see that he was taking very rapid short breathes – like he was on Saturday morning after his shower. We turned him on his side and called for assistance. I’ve lost track of time but an ambulance came very quickly. It arrived at about the same time as Evelina. Evelina is John’s principle day carer – she was half an hour early for her shift but had woken early and felt ‘unsettled’ at home so set off earlier than usual.

The paramedics were great and after a few checks and tests gave me a minute to get dressed and grab what I needed to accompany John to hospital.

As we lifted John on to the stretcher he gave a loud sigh and closed his eyes.

One of the A&E team was a doctor who knows John through a mutal friend. John did not want to be resuscitated and the team did what they could while respecting John’s wishes.

I sat with him as he took his last breaths.

I spent some time with him in a quiet side room. I cried, held his hand and kissed him goodbye.

Evelina and I walked back to John’s place and by 9.30 were sitting in the kitchen.

It all so happened so quickly and I’m so grateful for that. In my mind John ‘went’ while he was at home, I don’t think he knew anything about the ambulance or hospital.

The last few days have been a mix of tears, relief, sadness, good memories and laughter. I listened to some of John’s favoutire cds and found my self crying and dancing around his kitchen.

He was an amazing man and I will miss him hugely.

There is a wonderful sense of calm about things…

I love you Mr Braddonment 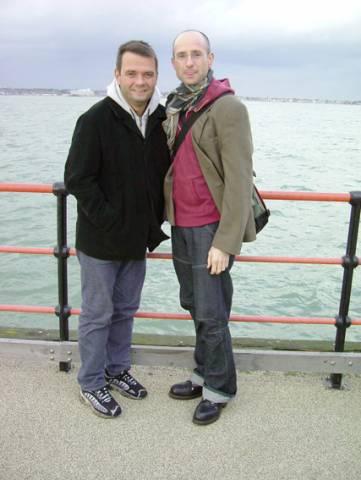 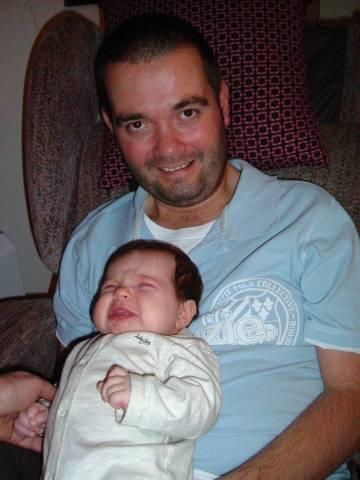 I’ve called people to withdraw from projects only to regret it minutes later.
I’ve put down one piece of work to pick up another, then another and another.
I’ve spent hours staring at gallery listings.
I’ve started collecting words, images and ideas for a performance.
I’ve purposefully set off to meetings early and killed time wandered the streets.
I’ve emailed people, apologised and asked to be included in their projects again.
I’ve had really strong re-actions to art-works.
I’ve made new embroideries.

My mind as all over the place – in the space of one morning I can range from manic speedy ideas for new projects to bouts of self-doubt and fear, from not being able to concentrate at all to periods of amazing clarity and focus.

I think John might be really poorly.  Or perhaps I saw him with fresh eyes after those few days away.  He seems so much smaller, so much weaker, much more vulnerable.

This morning I cleared out another pile of invites and press releases for openings and exhibitions I didn’t get to.