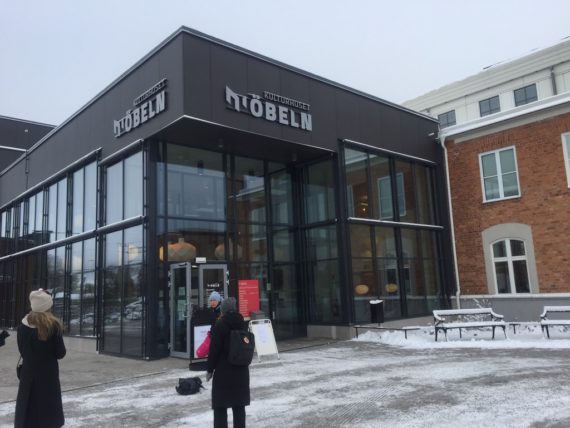 Every year as part of my annual appraisal at the council I have to fill in a separate form about my ’other employment’. Along with asking for basic information concerning my name, address, and job at the council the form has just three questions: who is my other employer (I am as I am self employed), what is my other job (artist – obviously), how many hours a month do I do my other job. How I ’should’ respond to that last one provides much to think about.

This time around that final question set me thinking about the difference between me the artist and me the council employee. I do not think about being artist as a measurable number of hours per month. I do not however want to raise anxieties with my line manager, head of department, chief of division, or the human resources department, so I write what I think that they want to hear – that I am an artist 80 – 100 hours per month depending on the length of month. This figure is equivalent to my 50% post at the council (20 hours a week, four to five weeks per month).

This playing along niggles at me. I would much rather write that I am an artist 672 – 744 hours per month depending on the month in question. Yes, I am still an artist even when I am working for the council – that is why I was employed. But that way trouble lies especially in Sweden with the persistence of its old ways of caring for its workforce. This is something that in principle I whole heartedly agree with … that is until it impinges on my way of being! So my ’bread job’, the job that gives me a regular income and puts food on the table, is subject to a whole raft of hard won legislation and regulation to ensure that I am not overworked, unfairly treated, or uncared for. My other job belongs to, depending on how you see it, a modern laissez faire economy or a much older idea of a vocation not bound by notions of ’at work’ and ’not at work’. The reality is that it is up to me to set my goals and limits, and to ensure that I maintain a healthy work ethic and environment. Usually I am quite good at this but there are times when all of a sudden there is too much happening on too many fronts … and this last week was certainly in the vicinity of being one of those.

The major topic that came up in my appraisal was about how and where I should be working in the coming nine months. The recent intensification of restrictions to curb the spread of covid-19 makes it untenable for me to run arts workshops either indoor or outdoor. Previously outdoor workshops were possible and I had begun planning some for late spring and summer when the weather here is more palatable. Statistics show that our online workshops failed to find the participants to make the viable. Over the coming two weeks I am working with my manager to define my duties for the foreseeable future. I find this an exciting but demanding task, especially to start it in the same week that I needed to commit to a sketch for a site-specific exhibition within two days of seeing the site, the week where there were acute discussions concerning issues facing one of the committees that I sit on, and the week where I needed to submit work for a brilliant online exhibition opportunity with relatively short notice.

So far the volume of demands has been focussing my thinking and suggesting simple effective solutions. With most of the deadlines now met I would like to spend Monday and Tuesday at the studio making things … my bread job unfortunately prevents this. For some reason I feel myself already resenting it more than usual – partly (perhaps entirely) because I know that I will be working from home those days. I cannot quite put my finger on why this makes a difference. It somehow feels as though my bread job is seeping into the life that I usually keep very separate. Usually when I am ’not at the office’ I can decide what I do. This is not the case anymore, there are now twenty hours a week when I am at home but not ’not at the office.’ This is something that I am going to have to get used to!

I continue to turn up at the studio, and today it was nice to not know what I would be doing before I got there. Or perhaps it is more accurate to say that I was not already thinking about what I would be doing before I got there. I enjoyed settling in to my day relatively slowly by putting away a few things that I had left out yesterday after leaving to upload some photos that I had promised to send by the end of the week. Recently I have been listening to music in the studio, I have been pulling out CDs from my very modest and random collection, this morning I simply pressed play and listened again to what was still in the stereo – club music from the early 2000s when John and I used to go out and when clubs used to give away CDs. The music must be at least sixteen years old. It is wonderfully familiar and certain tracks take me straight back to sweaty nights on London’s gay club scene. John and I were good at clubbing, John excelled at it and I was quick to pick it up again after years of more alternative and arty nights out. Hearing those familiar beats time collapsed and it didn’t seem so long ago.

When I started this blog I was in my late thirties, now I am in my early fifties. I am in a very different place from where I was then – both literally and metaphorically: I am making and showing more, I have a job (half-time) in the arts, I sit on several art committees, and I have if not the best studio that I have ever had then certainly the largest and most used … I am living and working in Sweden in Swedish! Things have definitely moved on, and yes I can call it progress. It is both exciting and a bit scary that there is still so much more that I want to do. The dreams and ambitions that I have slide and shift between the readily achievable to the fantastically remote and unlikely, some have old and familiar tunes that I know by heart while others are young and immediate. An anniversary is a good time to pay attention to them all, and to acknowledge that some belong to another time and place.

With my year ahead seeming to be more impacted by covid-19 than the previous year it is a perfect opportunity for a ’reboot’. And that is a very exciting prospect!

Until about a month ago I imagined that I would standing in Gallery 1 of the Artists’ Club in Uppsala right now. This afternoon should have been the opening of my show there, instead I am enjoying a peaceful afternoon at home – I have just baked some banana bread and am watching the sky turn from a tightly clouded expanse of chilly white to a shade of blue that if it were not for the increasing darkness could seem almost bright. I can hear a flock of starlings doing their rounds before no doubt taking their roostings on the not too distant power-lines.

Of course had the show not been postponed then everything would be finished, installed, and out there. As it is several pieces remain works in progress, I took time way from the studio over Christmas and NewYear – time that would (’should’?) have seen that rush of activity that I am sure many other artists also experience in the weeks immediately before an opening. Since New Year though I have been turning up at the studio pretty regularly – to the surprise of one colleague who assumed that I would down tools on hearing about the show not going ahead as planned. Honestly – I have really appreciated my frequent and slower days at the studio. It has felt like a more authentic way of working than I have been used to in a while. Perhaps I am at the point with these works where I could make fast decisions and quickly get them finished, however with the luxury of time I can now feel my way, pause and ponder, indulge my daydreams and meandering thoughts.

I think that the work, when finished, will be all the better for it.

Actually I think that I will be all the better for it! The postponement allowed me to spend the best part of a week testing different recipes for paper-mâché (perhaps it is closer to what people call paper clay). The tacit knowledge that I gained – I call it a recipe but I could never write it down! – makes me wonder if the material might become something that I work with in the future. Paper-mâché has gone from being the solution to a problem to potentially being a material in its own right . I really enjoyed the materialness of it, and as I recently mentioned to a friend the work in the studio feels more like sculpture than it has done in a long time. I look forward to playing around with it and seeing what happens.

And this stage of developing the material opened up space for thinking not only about the pieces in production at the moment but also that which will follow. My curiosity about the material is encouraging me to explore what it can do rather than what it might be about.