Another week of sorting. The studio is starting to feel like somewhere that I can work – though I have to move a couple of things so that I can set up ‘an idea’ I have had.

It is interesting being in a new studio in a new country. I want to take the opportunity to really think about what I do, or perhaps it is more accurate to say how I want to start off. Being here gives me a juncture. I do not want to (nor could I) jettison everything that has gone before. At the same time I am very aware that I want to start doing things that take me forward. There are many opportunities for me here that were not available in the UK, not least the real possibility of earning a living as an artist. (Previously I usually earned my money outside the art world and took what little money I had in.) It feels as though there is the possibility of funding or/and selling here. I still have to work for it, apply for it and compete for it, and nothing is guaranteed. However knowing that it might be possible has sharpened my senses. In London I could be fairly certain that I would not receive grants or awards, I was also fairly sure that I would probably never have a commercial gallery. In many senses this situation gave me a great deal of freedom. In other senses I felt that as a 40+ artist I was starting to tread water, exhibiting in ‘alternative’ spaces, working with virtually no budget and fitting my practice around paid employment. I might be wrong but 40 seems to be about the age when artists in similar positions to me really need a lot of self-motivation to continue, and even then self motivation is not always enough. I am in a very different situation now, I am living somewhere that still has some state support for artists and where, in my 40s, I can still be called a ‘young artist’. And that gives me hope, a real sense of hope, of hope and possibility.

Can I admit to myself that sometimes I’m a little scared of ‘hope and possibility’?!

One of the first things to appear in the studio, it arrived before my things from London came, was the catalogue from The British Art Show 1990. I spotted it in a charity shop not far from the studio when I went out to get lunch on the first day here. 1990 was when I graduated from Dartington so the year has a special significance for me. I tend to look at while having a cup of tea in the afternoon. It is very interesting to read the artists statements and to see their work – it is so pre-YBA! The familiarity in the book is a great comfort to me, the concerns of the artists are not so very different to mine (now, if not then when I was a much more intense ‘issue-based practitioner’). I have also noticed that the artists’ statements are written with little jargon and few philosophical terms, they contain many references to the materials, the processes and what I can actually see in the image of their work.

This weekend I am reading a text translated in to English from Russian for the upcoming Supermarket Art Fair. I have also been looking at the texts from some of this year’s participants. My task is to make sure that the English clear and understandable. I have been told not to worry about whether the English is good or not, just to make sure that it is readable. It is actually quite a hard task! My ‘Swedish for Immigrants’ course is making me aware of how complex the act of translation is and how nuanced language is. I really hope that the minor amendments I have made have not radically altered the intended meaning. It is hard for me to believe that it is almost a year since I came to Supermarket with Roberto’s MOCA project. I am looking forward to this year’s fairs, to catching up with people that I met before, to meeting new people, and being able to say that I am now an artist in Stockholm! 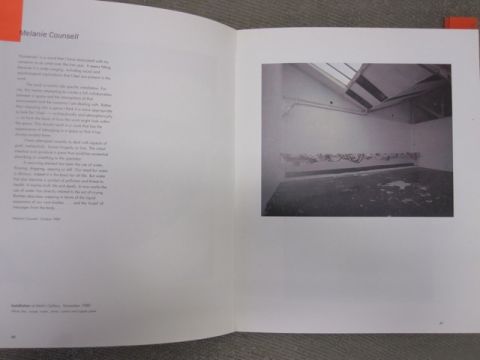