This morning I collected the test print of the Ljusfältet booklet – it looks really nice. I am looking forward to being able to give them to people when they come to the show, and to sending some to people who can not make it here. It feels more more ‘me’ to send something real than a link to a website. Of course the two things are not mutually exclusive – perhaps I should produce a web-version of the booklet for my next website update. 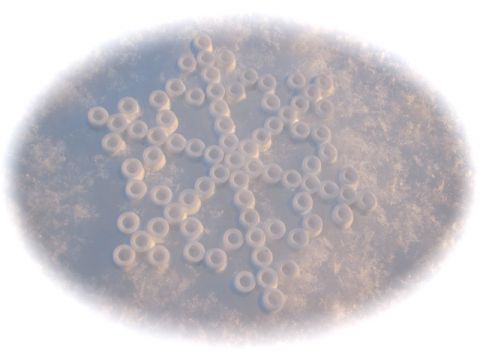 Art is wonderful. Michael Petry let me know that his installation Golden Rain will soon be in the permanent collection at Palm Springs Art Museum where it was shown this summer. This is great for Michael and I am delighted to hear of his success. The news, and timing, is particularly poignant for me. I was one of the 100 artists that Michael invited to make something that would be sealed in to one of 100 golden glass bottles in the installation. At the time that Michael invited me to participate John (my partner) was alive and we regularly saw Michael at the shows he curated for the R.A. Schools. Between being asked to take part and making my piece John died. The piece I made Letter to John is my memory of the night he and I met inscribed in to thermal paper that is the length of our combined heights. Michael’s news about the acquisition reached me as I was marking the fifth anniversary of John’s death. It is amazing and wonderful to think that a part of John’s and my story resides now not only in an artwork but in a museum collection – I really could not ask for more. I am incredibly grateful to Michael for his generosity and his commitment to his truly innovative and inclusive practice.

Before each artwork was sealed into its own bottle it was photographed. There is no record of which artwork is in which bottle (if I remember correctly even Michael does not know) and the bottles’ golden reflective surfaces are completely opaque so there is no chance to see the pieces inside. However the museum will produce a digital catalogue showing the picture of each piece so that visitors can ‘see’ them.

Preparing for the panel discussion that will be part of the Ljusfältet evening at the Wip:konsthall has encouraged me to think around the idea of ‘in between’. The discussion will focus on the importance of ‘in between’ spaces for artists (primarily) however beyond the literal interpretation, for example the places that most of us have our studios and show our work(!), I have been thinking about how ‘conceptual’ (?) in between spaces are changing too. The other evening I was on the train home and after weeks of not looking up from my books I had time to sit and gaze out of the window. I also had time to notice how almost every other passenger was doing something with their mobile phone (surely now a rather out-dated name for the device), one was reading a book, no one was talking to anyone else in the carriage but a few were talking to someone somewhere else, and no one else was looking out of the window. Technology has enabled the boundaries between things to become fuzzier – emails come direct to mobile devices be they from work, a friend or a representative of an unknown deceased person who named you in their will. Likewise silently tapping away on a screen in the office or studio might be work or it might be an online second life fantasy game. While the idea of the physical ‘in between’ space intrigues and excites me, the reality of the virtual ‘in between’ space, or at least the diminished distinction between ‘here’ and ‘there’, I find quite terrifying. This of course creates friction with friends who do not understand why I do not often answer my mobile phone, or why it takes me a few days to reply to emails.

As much as I want ‘in between’ spaces I also want places with distinct boundaries. Without these places and their clear identities I feel lost and confused -sometimes I do not know if I am in a train station, a hospital or a modern museum as everywhere seems to increasingly resemble a shopping mall.

To my mind the most interesting artworks are those that manage to be both themselves and something else, to understand the importance of ‘in between’ and at the same time recognise the necessity of distinction. Art is wonderful.